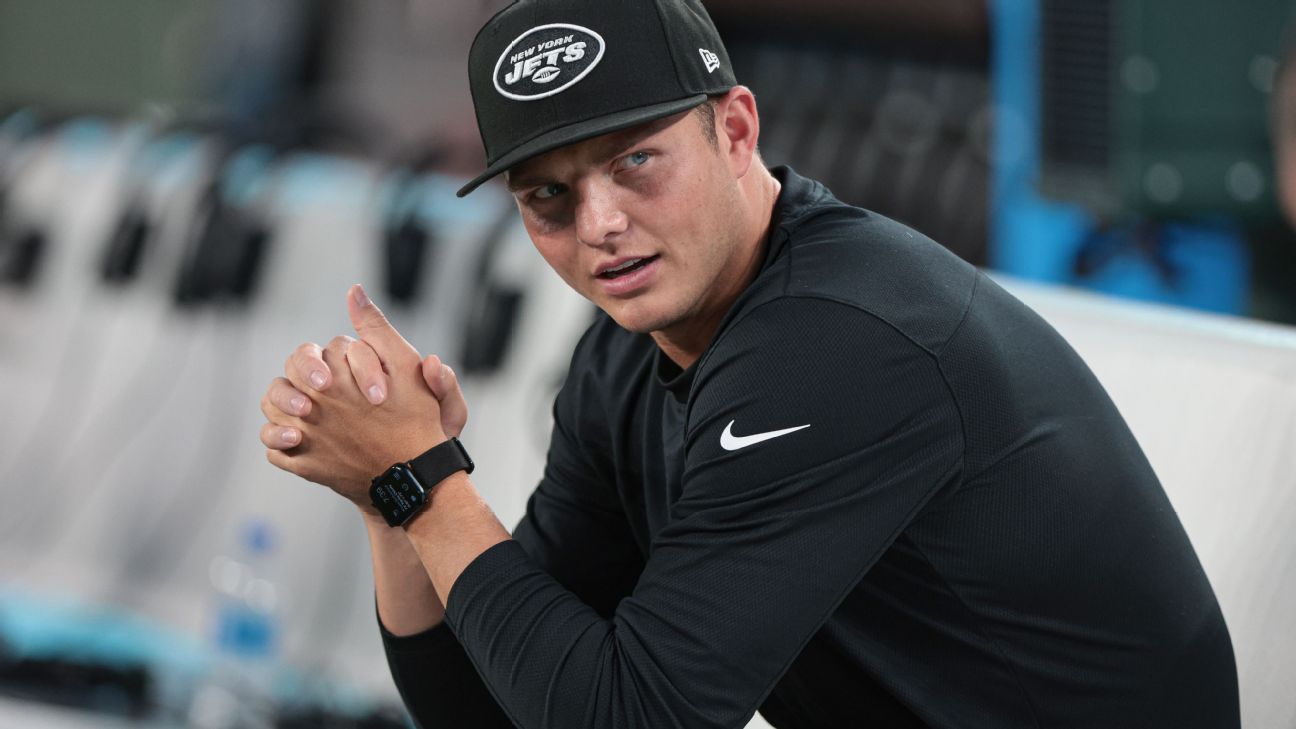 Initially, he was expected to miss one or two games. Explaining the decision, coach Robert Saleh said Wilson won’t play until Week 4 “at the earliest.” The Jets face the Pittsburgh Steelers on the road that week.

This means the Jets will open the season with Joe Flacco at quarterback, starting Sunday against the Baltimore Ravens — the team that drafted him in 2008 — at MetLife Stadium.

Wilson hasn’t suffered a setback, according to Saleh.

On Monday, Saleh left open the possibility of starting Wilson, saying the second-year quarterback “looked good” in a side workout that day. In truth, Wilson never was a serious option. That was only gamesmanship. He’s only 22 days removed from arthroscopic knee surgery and still hasn’t practiced with the team.

At the time of the diagnosis — the injury occurred Aug. 12 in a preseason game — it was deemed a two- to four-week injury, sources said. Wilson suffered a meniscus tear and a bone bruise on a noncontact play, the same knee he sprained last season – a four-week, non-surgical injury.

Saleh has said on multiple occasions that Wilson will return to the lineup as soon as he’s healthy. He has missed 13 practices and two preseason games.

They could have placed him on short-term injured reserve, which would have sidelined him for four games, but they opted against that option because they want him to be able to practice while he recovers. He won’t practice this week.

Flacco hasn’t started a season opener since 2019, his first and only season with the Denver Broncos. This matchup probably has special meaning because he will face the team that drafted him in 2008, the team he quarterbacked to a Super Bowl title after the 2012 season. He was replaced late in the 2018 season by the Ravens’ current starter, Lamar Jackson.

Flacco has lost seven straight starts, the last five with the Jets and the first two with the Broncos. His most recent win as a starter was Oct. 13, 2019, for the Broncos. He played well in his only start last season, throwing for 291 yards and two touchdowns in a loss to the Miami Dolphins.

This will be Flacco’s first game against the Ravens, who traded him to Denver after the 2018 season.