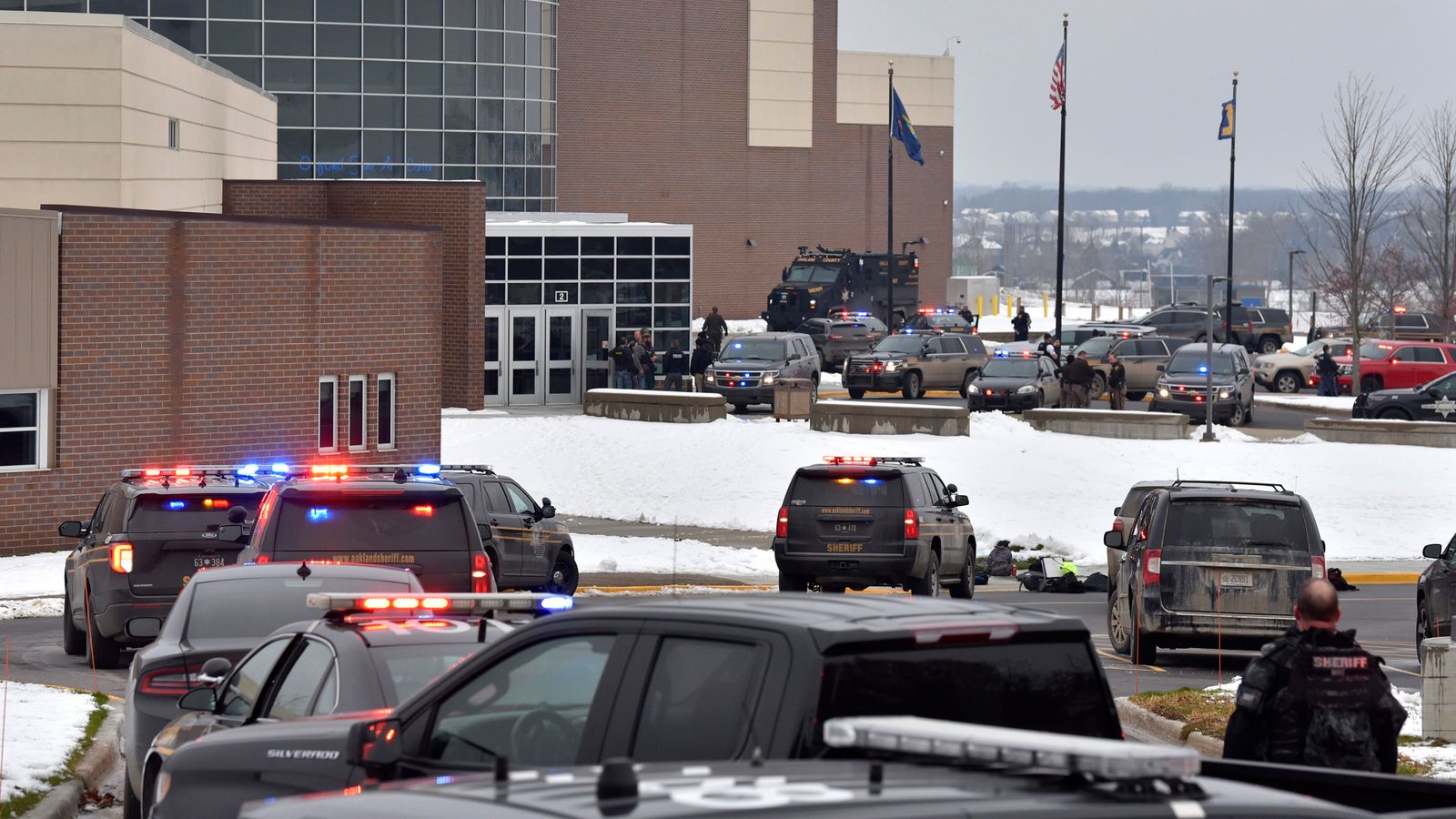 A fourth student has died following the school shooting in Michigan.

Three other students were killed when a 15-year-old boy opened fire at his high school in Oxford Township on Tuesday, while eight others – including a teacher – were injured.

The 15-year-old died at around 10am this morning at McLaren Oakland Hospital in Pontiac, Michigan, the sheriff’s office confirmed.

The suspect remains in custody.

Investigators were still trying to determine a motive for the shooting at Oxford High School, located in a community of about 22,000 people roughly 30 miles (48km) north of Detroit, Oakland County Sheriff Michael Bouchard said.

“The person that’s got the most insight and the motive is not talking,” he said at a news conference.

Deputies rushed to the school around lunchtime as more than 100 calls flooded 911 dispatchers with reports of a shooter.

They arrested the student in a hallway within minutes of their arrival. He put his hands in the air as deputies approached, Mr Bouchard said.

He added that the gun used in the attack was a semi-automatic 9mm Sig Sauer bought by the boy’s father.