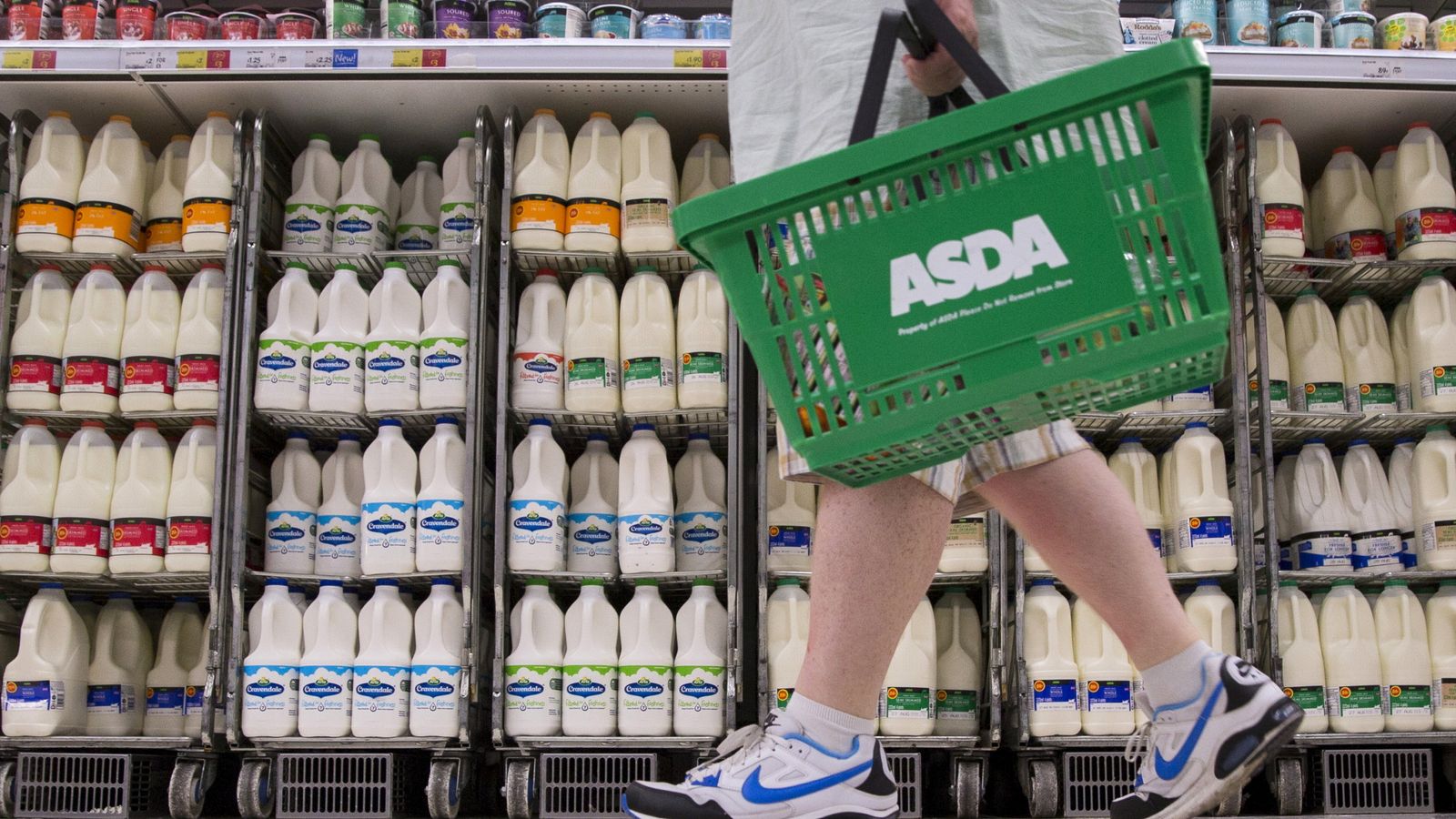 Asda has joined Tesco, its biggest rival, in facing the prospect of strike action ahead of the key Christmas trading season.

The GMB union said it was launching a consultative ballot – due to close on 20 December – over the supermarket chain’s decision not to give distribution staff a “meaningful” pay offer.

It added that with inflation “rampant”, the situation was a “kick in the teeth” for its key workers.

The ballot would go to a full vote with any resounding indication of support for strikes, meaning there is no prospect of disruption at Asda until the New Year.

The same cannot be said for Tesco.

Members of the Usdaw and Unite unions at 13 distribution centres have already backed strikes in protest at the company’s offer of a 4% annual pay increase.

The Usdaw members will strike from 20 December to Christmas Eve – threatening disruption to food supplies.

Tesco has insisted it has plans in place to mitigate any problems.

Nadine Houghton, GMB national officer, said: “Asda workers turned up throughout the COVID pandemic risking their lives to keep the nation fed – as well as helping the company turn a profit of almost £500m.

“Staff who saw colleagues lose their lives to COVID are not having their legitimate demands for a pay rise treated seriously.

“Asda now say GMB members’ pay claim is ‘unaffordable’ and yet their hard work and sacrifice helped directors trouser almost £10m between them.

“It’s a disgrace – we urge Asda workers to fight for what they deserve and vote YES for a ballot for industrial action.”

The company was sold by Walmart to a consortium led by the billionaire Issa brothers for £6.8bn late last year.

The GMB and Asda remain locked in a long-running equal pay claim on behalf of 40,000 Asda workers.

It relates to whether store staff, who are predominantly women, are entitled to compare themselves to distribution staff for equal pay purposes.

Former FBI deputy director reacts to agents seizing Trump attorney’s phone
Bobby Bonilla Day explained: Why the Mets still pay him $1.19M every July 1
EV motorway charging network Gridserve in M&G funding talks
Climate Tech Firm to Launch DAC Plant in Iceland to Capture CO2 From Air
‘We are not supposed to open up a truck and see stacks of bodies’: At least 46 people found dead inside a Texas lorry