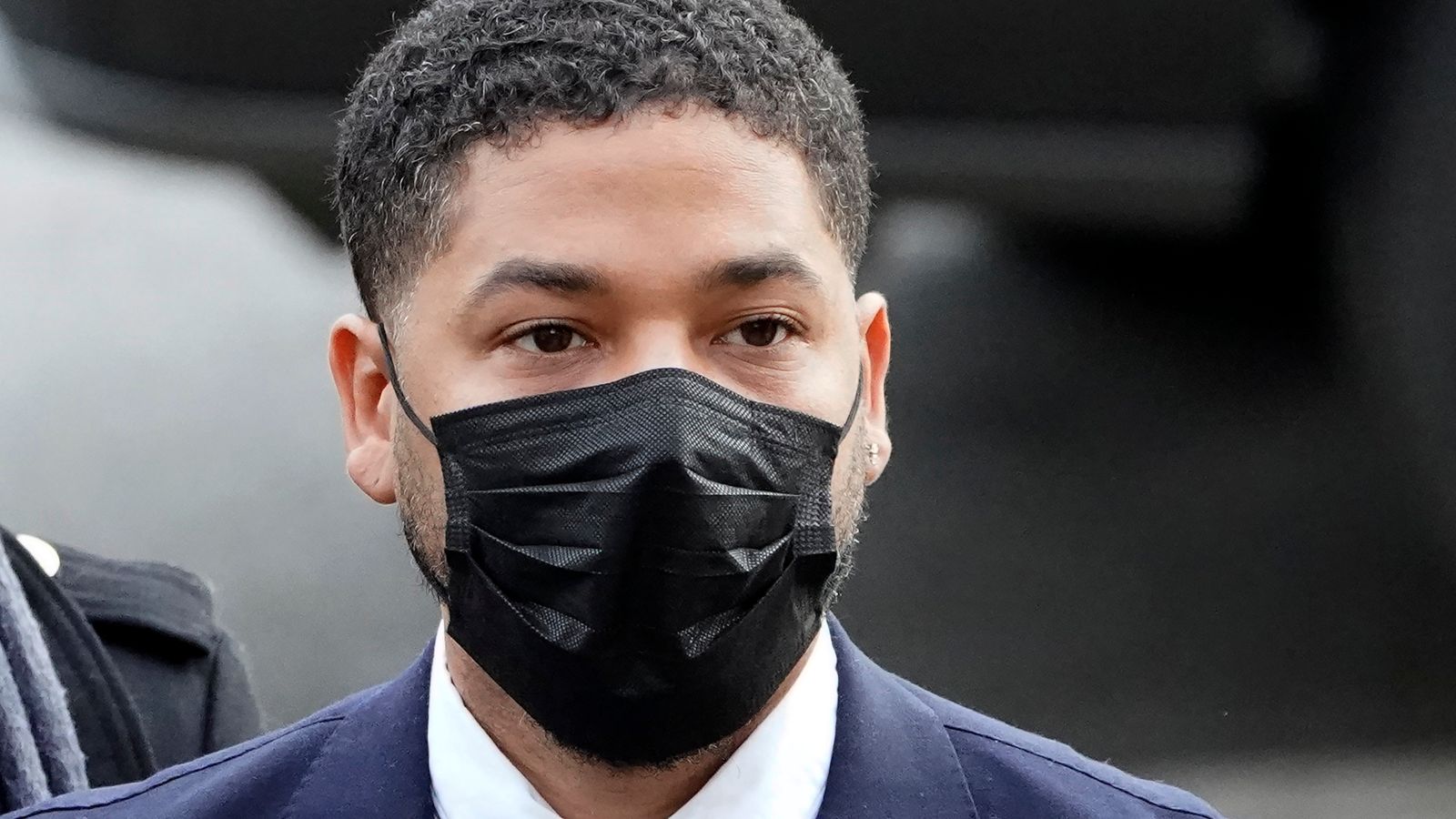 US actor Jussie Smollett has been found guilty of staging a hate crime against himself in what prosecutors said was a bid to gain sympathy and bolster his career.

Prosecutors said the 39-year-old former Empire star lied to police when he told them that he was accosted on a Chicago street by two masked strangers in January 2019.

The Cook County Circuit Court jury, which deliberated for nine hours, found Smollett guilty of five of the six felony disorderly conduct counts he faced, one for each time he was accused of lying to police.

In the courtroom as the verdict was read, Smollett stood and faced the jury, showing no visible reaction.

Each felony count carries a maximum sentence of three years in prison, but experts have said it is likely Smollett would be placed on probation and ordered to perform community service.

Cook County Judge James Linn did not set a date for sentencing, but scheduled a pre-sentencing hearing for 27 January.

Smollett claimed he was walking home when masked men approached him, made racist and homophobic remarks, beat him and looped a noose around his neck before fleeing.

Actor claimed he was attacked by Trump supporters

He reported the alleged attack to police in Chicago, who classified it as a hate crime and spent 3,000 staff hours on the investigation, the court heard.

The actor told officers he was attacked by supporters of then-president Donald Trump – igniting political divisions around the country.

Police arrested Smollett a month after the alleged assault, saying that he paid two brothers $3,500 (£2,600) to stage the attack in an effort to raise his show business profile.

The two brothers, Abimbola and Olabinjo Osundairo, testified that Smollett paid them to participate in a phony attack and
instructed them how to attack him.