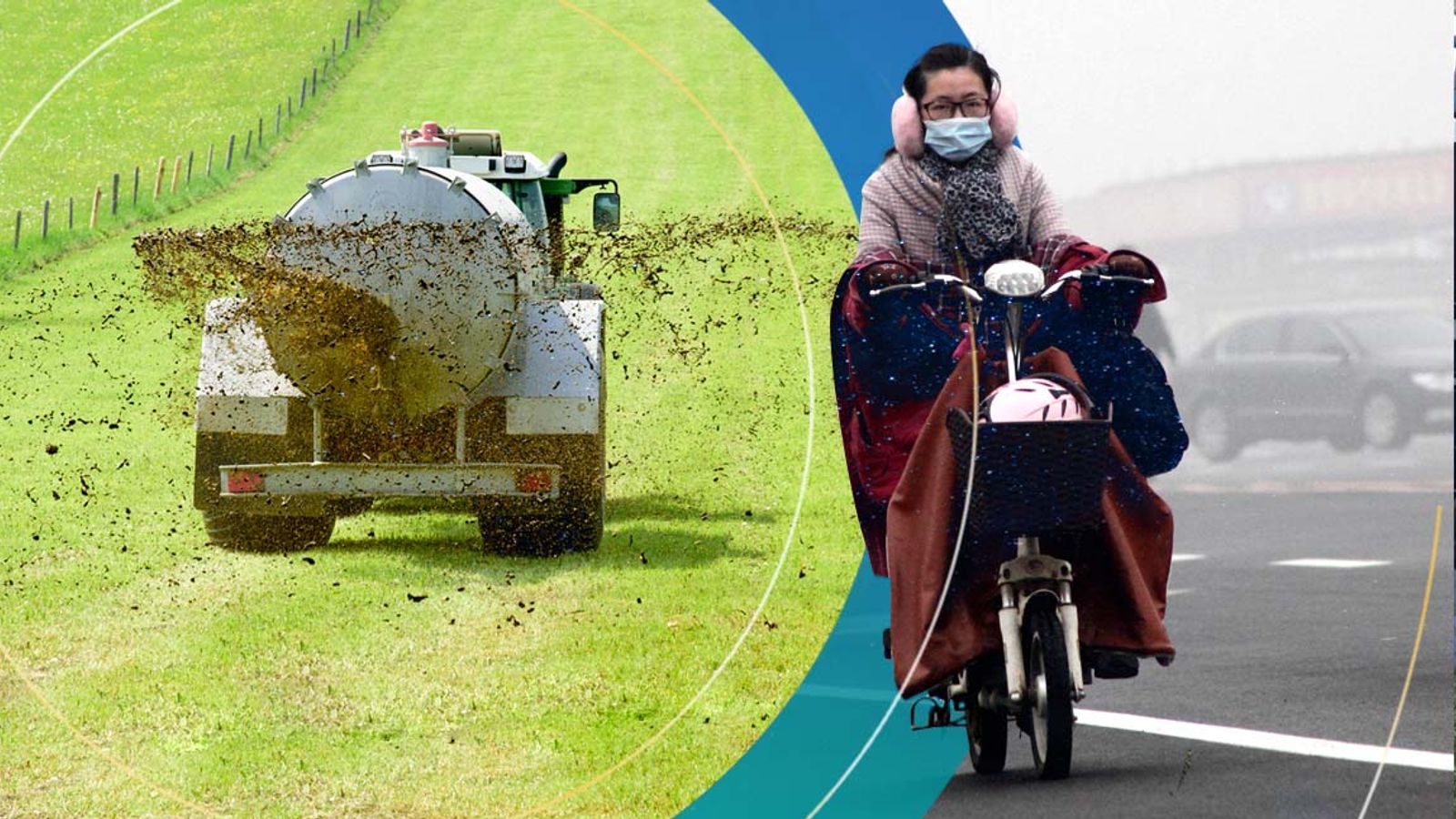 As many as 75,000 people in China are dying prematurely each year from air pollution caused by the country’s increasing meat consumption, a new study has found.

Global increases in meat production over the past 50 years are most pronounced in east Asia, and particularly China, according to the paper, published in Nature Food.

The researchers found that meat production in China soared 433% between 1980 and 2010 – from 15 to 80 megatons – and ammonia emissions from things like fertiliser and manure almost doubled.

Subscribe to ClimateCast on Spotify, Apple Podcasts, or Spreaker.

While a small proportion of that surge was driven by a growing population, they found the majority of those increases were down to changing diets and, in particular, more meat-eating.

Professor Xiaoyu Yan, professor in sustainable energy systems at Exeter University, said: “A top priority of China in the 1980s was to satisfy the people’s basic food demand.

“But now, as the problem of undernourishment has substantially decreased, a more sustainable path for production and consumption of food is urgently needed.

“The current trajectory of food choices in China needs to be altered to reduce its effects on both human and environmental health domestically and worldwide.”

Many studies have highlighted the health risks of diets with more meat and less grain.

But the authors say this paper is the first to assess the impact of how changed diets influence farming and how that, in turn, impacts air quality.

Agricultural ammonia (NH3) is emitted from nitrogen-based fertiliser and animal manure that leaches off fields growing feed for livestock.

This reacts with other airborne chemicals to form an important, toxic, component of fine particulate matter air pollution.

Co-author Professor Gavin Shaddick, chair of data science and statistics at the University of Exeter and co-director of the Joint Centre for Excellence in Environmental Intelligence, added: “We show that changing food consumption patterns can not only lead to improved health through more healthy diets, but also has important co-benefits in terms of the environmental impacts of the agricultural sector and those additional effects on human health.”

No 10’s defence of Dominic Raab bullying allegations under scrutiny
Fashion designer Paco Rabanne – known for his flamboyant Space Age designs – dies aged 88
There’s a buzz about green hydrogen. But pink, produced using nuclear, may have a huge role to play too
Truss had right priorities but failed as she did not deal with ‘big structural issues’, says Shapps
Woman declared dead at New York care centre found breathing at funeral home