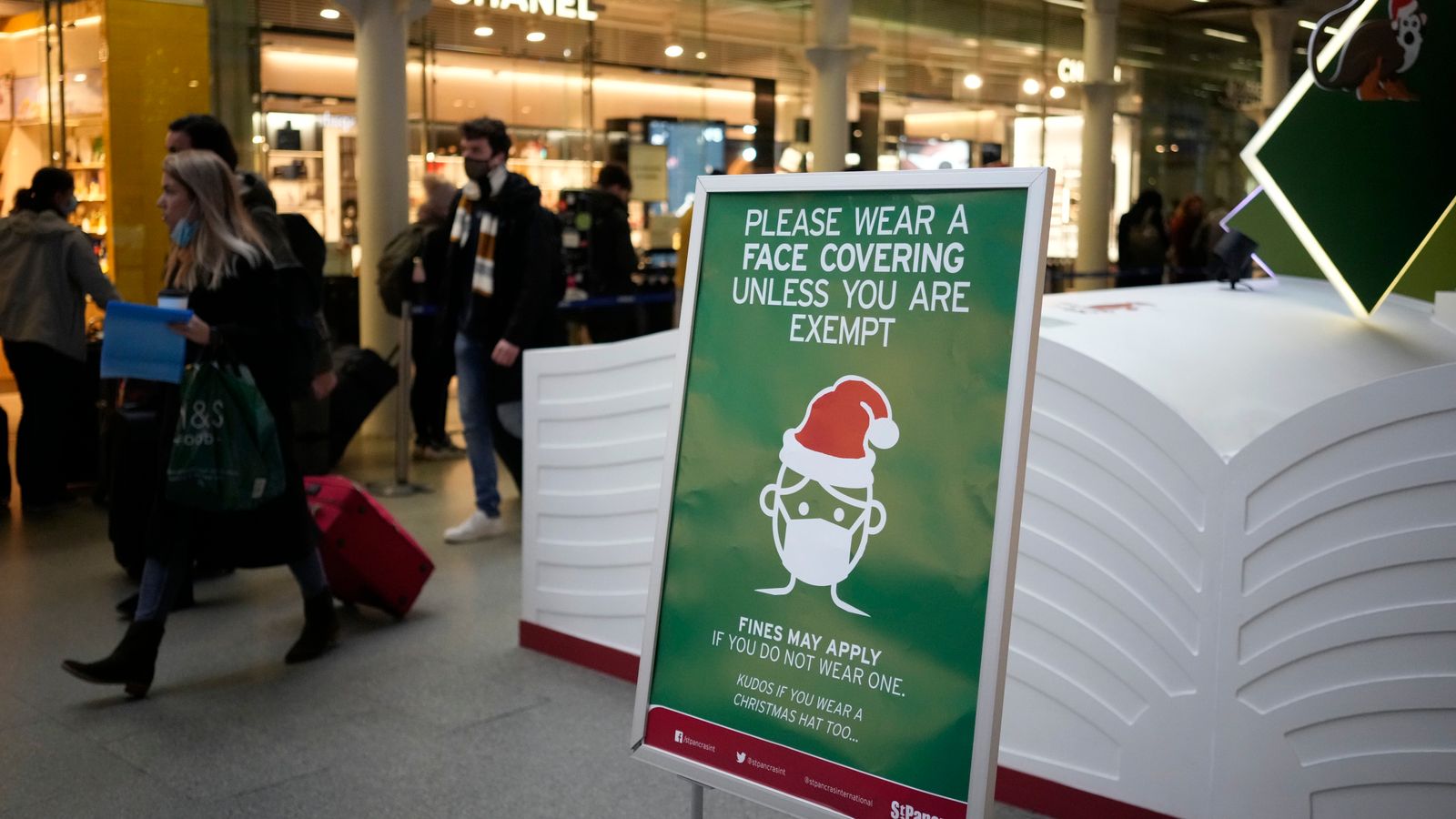 The UK has reported 10,059 more Omicron cases – three times as many as were recorded yesterday.

It takes the total number of cases of the new COVID variant to 24,968.

The daily figures, released by the UK Health Security Agency (UKHSA), show 9,427 cases were recorded in England, 514 in Northern Ireland, 96 in Scotland and 22 in Wales.

The total number of people who have died with Omicron in England has now risen from one to seven, as of 16 December.

Hospital admissions in England for people with confirmed or suspected Omicron has also increased to 85, from 65.

It comes as London’s mayor has declared a major incident in the capital over the “huge surge” in cases of the new variant.

Speaking to reporters from Chelsea’s Stamford Bridge football ground which is being used as a vaccination centre this weekend, Sadiq Khan said he has been meeting with colleagues from the NHS, councils and the fire service about the rise in infections of the COVID variant.

While no new measures have been announced, he said: “Hospital admissions are going up but also staff absences are going up by massive levels, so I have taken the decision, along with our partners, to declare a major incident.

“This is a statement of how serious things are, but also it means rather than different public authorities working separately we will be working together through both the London Resilience Forum and also through the strategic co-ordinating group.”

Will there be tougher restrictions after Christmas?

Meanwhile, reports suggest government officials are drawing up plans for two weeks of tougher restrictions after Christmas, which could include a ban on indoor mixing.

Draft regulations are being prepared which would ban people meeting indoors, except for work, and force pubs and restaurants to only provide outdoor services, according to The Times.

The prime minister has also been presented with a number of options ranging from “mild guidance to nudge people, right through to lockdown”, the Financial Times reported.

Sky News understands Boris Johnson’s cabinet is being briefed on the latest COVID data this afternoon, with officials said to be concerned after three consecutive days of record case numbers.