David Cameron has suggested Prime Minister Boris Johnson may have hired his own team of professional photographers in an attempt to “bypass the media”.

Speaking to Sky News presenter Adam Boulton for his new documentary Feral Beasts, the former Conservative prime minister said it is “important” for the country’s leaders to make themselves “always available” to the media.

In what could be seen as a dig at Mr Johnson, Mr Cameron added that he “never sought to avoid” the “important interviews” during his time in Number 10.

Boulton has a slightly different recollection, noting on Tuesday: “Mr Cameron embraced the control element of New Labour, not the openness.

“He avoided regular news conferences and cut back on interviews. He took a back seat in two referendums for which his premiership will be remembered, on Scottish independence and EU membership.”

As the UK officially left the EU at the beginning of 2020, Boris Johnson’s regime used its in-house media team to record a three-minute address to the nation. That video was instead of honouring the tradition of having speeches covered by an independent national broadcaster.

The prime minister’s video message on Tuesday announcing that no more coronavirus restrictions would be introduced in England ahead of Christmas was also distributed by Downing Street.

In February 2020, after Downing Street ordered selected journalists from some major UK news organisations to leave before a briefing on the prime minister’s Brexit plans, a walkout was staged by members of the media. 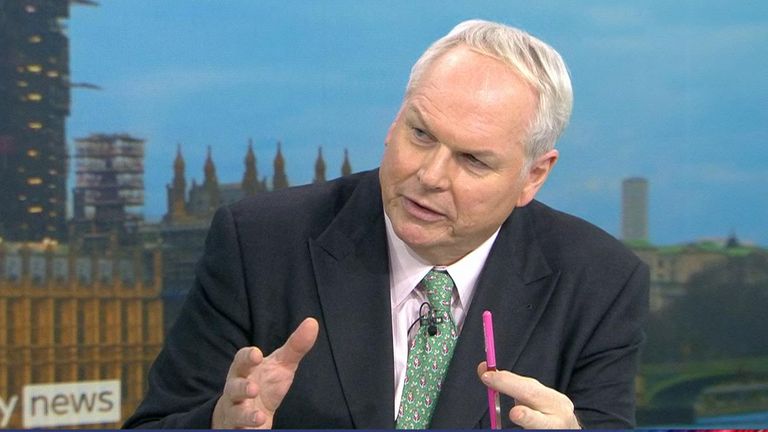 Put to him by Boulton that his request for an official Number 10 photographer was unsuccessful, but Mr Johnson now has a whole team, Mr Cameron said: “Well, Boris has always been able to get away with things that mere mortals can’t seem to.

“But, look, I think you shouldn’t do this to bypass the media. You go on having… whether it is press conferences or interviews or media events – this is important.

“And I always did. Yes, the press conferences were rather infrequent, but I never held back from going on the Today programme and coming on your show (All Out Politics).

“I mean, we were always available and keen to engage and to answer questions.”

Mr Cameron added that “the media in that way has an incredibly important role”.

Asked if the prime minister should always be available to the media, Mr Cameron replied: “Yes – look, not every day because you have got a country to run.

“But I think, you know, the important interviews – whether it is the BBC Sunday morning programme or the Today programme or Sky News, TV debates – these are important, and I never sought to avoid them.”

“I think there has been a bit of an arms race in a way,” Mr Cameron said.

“Politicians have tooled up with special advisers and the spin doctors, and the media have tooled up by even more aggressive gotcha interviews to get that magic moment.

“I think we have got to try and have a relationship still distant and confrontational by moments – but understanding that you have got legitimate questions, but we have also got a responsibility to explain what we are doing.

“And can we try and find a bit of space for those things to coexist.”

Feral Beasts: Prime Ministers and the Media will be shown on Sky News on Thursday at 3pm and 9pm.