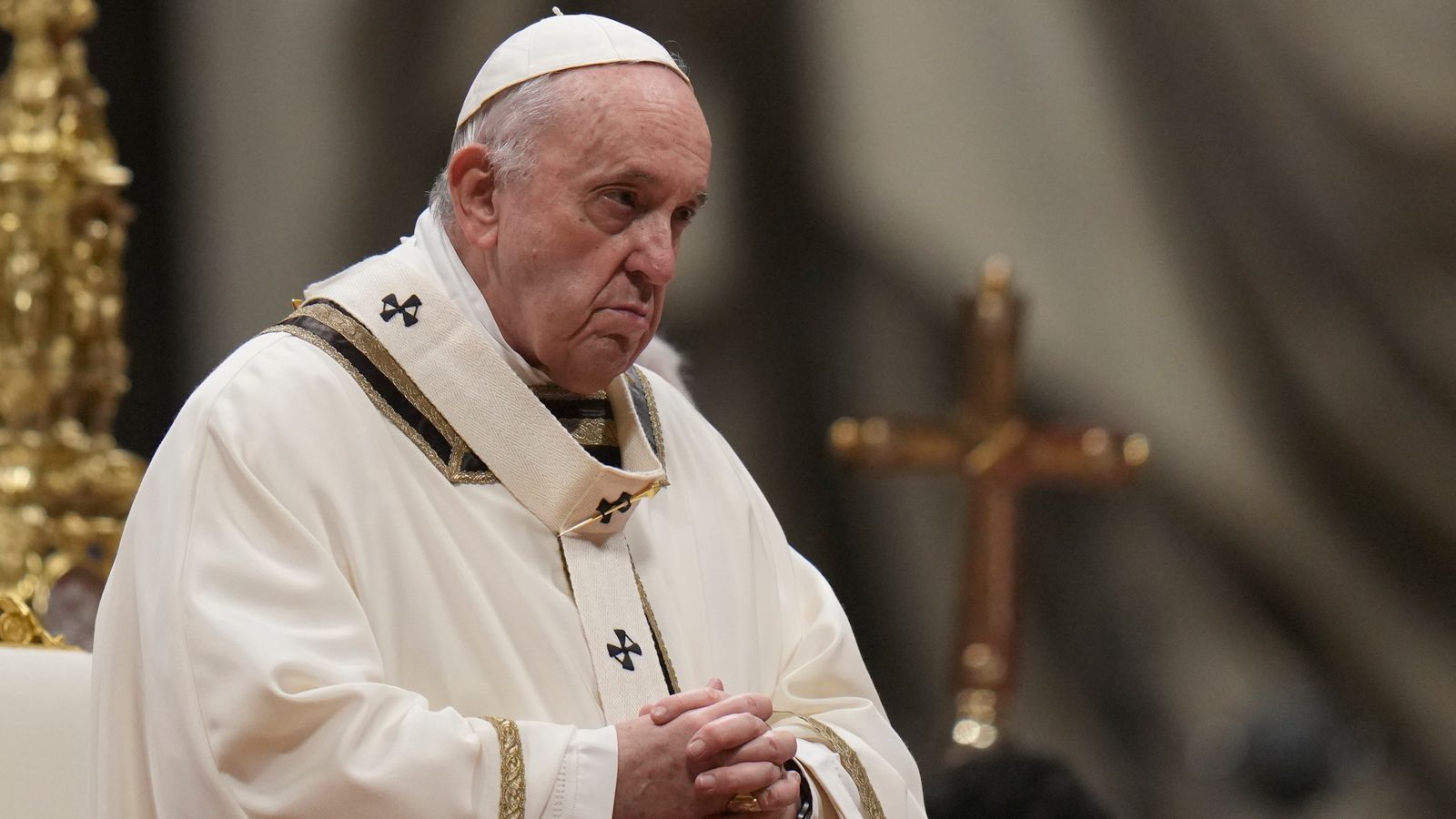 A maskless Pope Francis has urged people to look “beyond all the lights and
decorations” this festive season.

Celebrating Christmas Eve Mass at St Peter’s Basilica in Rome, the 85-year-old pontiff was the only one among a 2,000-strong congregation not wearing a face covering.

A rise in COVID-19 infections in Italy has led to a new vaccine mandate at the Vatican, covering all staff except those who have recovered from coronavirus.

Francis, who is believed to have received a booster jab, has described vaccination is an “act of love”, calling on wealthy countries to give doses to poorer ones.

The number of fatalities on Friday was 141, down from 168 a day earlier.

The midnight mass actually began at 7.30pm – both an acknowledgment of the Pope’s advancing years and an extension of what happened last year, when the service had to be over before a nationwide curfew began.

In his message this December, Francis said God wanted the poor “to be honoured”.

People hurt God by “despising the poor with our indifference”, he added.

“Let us not lose sight of heaven; let us care for Jesus now, caressing him in the needy, because in them he makes himself known,” the Pope said.

On a more secular note, he said there should be dignity in labour, and lamented the deaths of people in workplaces around the world.

The UN’s International Labour Organisation estimates there are more than a million work-related fatalities every year.

“On the day of life, let us repeat: no more deaths in the workplace! And let us commit ourselves to ensuring this,” Francis
said.