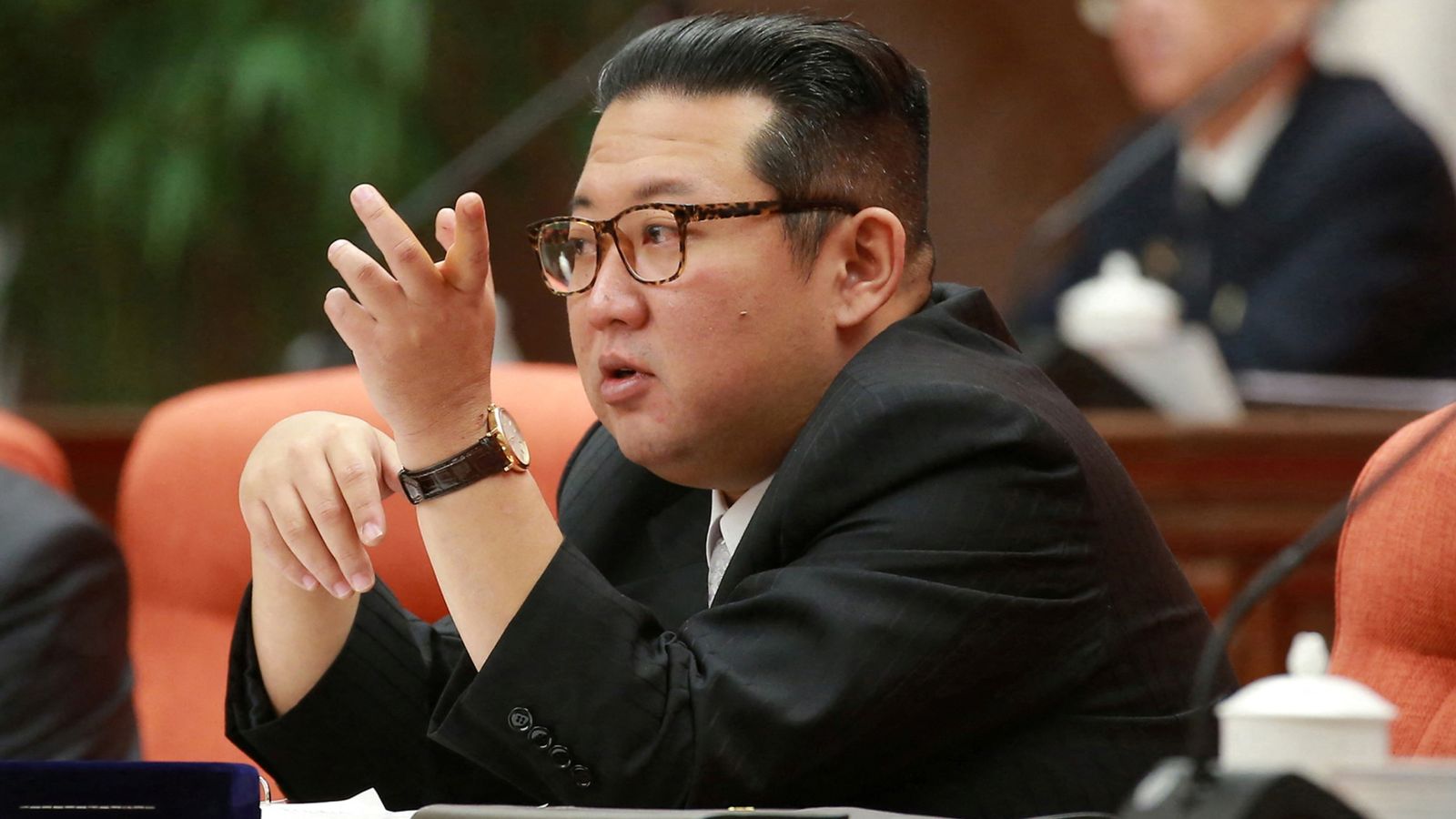 North Korea leader Kim Jong Un has warned of a “great life-and-death struggle” for his nation as he marked the end of his 10th year in power.

In a New Year speech, Kim spoke of a need to “push forward” with national defence build-up plans “without any delay”.

But, in summaries of the speech published by North Korean state media, there was no specific mention of the United States and only passing reference to relations with South Korea and “external affairs”.

It was noted that there was more mention of tractor factories and school uniforms than nuclear weapons in what was judged to be a domestic-focussed address, as Kim faces economic challenges exacerbated by his country’s COVID border lockdowns.

Kim’s speech came at the end of the five-day 4th Plenary Meeting of the 8th Central Committee of the Workers’ Party of Korea (WPK).

“The main task facing our party and people next year is to provide a sure guarantee for the implementation of the five-year plan and bring about a remarkable change in the state development and the people’s standard of living,” he was quoted as saying.

The meetings coincided with the 10-year anniversary of Kim effectively assuming leadership of North Korea after the death of his father, Kim Jong-il, in December 2011.

Kim spent the majority of his speech detailing domestic issues from an ambitious plan for rural development to people’s diets, school uniforms and the need to crack down on “non-socialist practices.”

Experts suggested the speech’s lack of focus on the United States and South Korea means that Kim has no interest in resuming talks with Washington and Seoul anytime soon.

However, in one passage, Kim was quoted as saying by the official Korean Central News Agency (KCNA): “The increasingly unstable military environment on the Korean peninsula and international politics have instigated calls to vigorously push forward with our national defecse build-up plans without any delay.”

Kim ordered the production of powerful, modern weapons systems to improve his military forces and called for the military’s “absolute loyalty and allegiance” to the ruling party led by him, according to KCNA.

The plenary meeting was also said to have set forth “tactical directions” for North Korea’s external relations including with South Korea, but didn’t elaborate.

State media cited the development of “one ultra-modern weapon system after another” as a major achievement.

And Kim was said to have claimed progress in new development plans, saying last year was “a year of great victory” and that this year’s objectives are “a great life-and-death struggle” that must be achieved.

He posted on Twitter: “Kim might be aware that revealing sophisticated military development plans while people are suffering food shortages and harsh conditions outside of Pyongyang might not be such a good idea this year.”

In an analysis of the speech, he added that North Korea was “more or less in survival mode for 2022 and doesn’t really know what to do re foreign policy right now”.

Cheong Seong-Chang, at the private Sejong Institute, said Kim would continue to resort to “self-reliance” for his nation and said there was a “very low possibility” that North Korea would accept calls to restart nuclear diplomacy with the US, or to make a symbolic, political declaration to end the 1950-53 Korean War.

Leif-Eric Easley, a professor at Ewha University in Seoul, said: “North Korea has been able to endure its draconian border restrictions and claim the success of ‘juche’ self-reliance because covert trade and assistance from China help meet minimum national needs.”