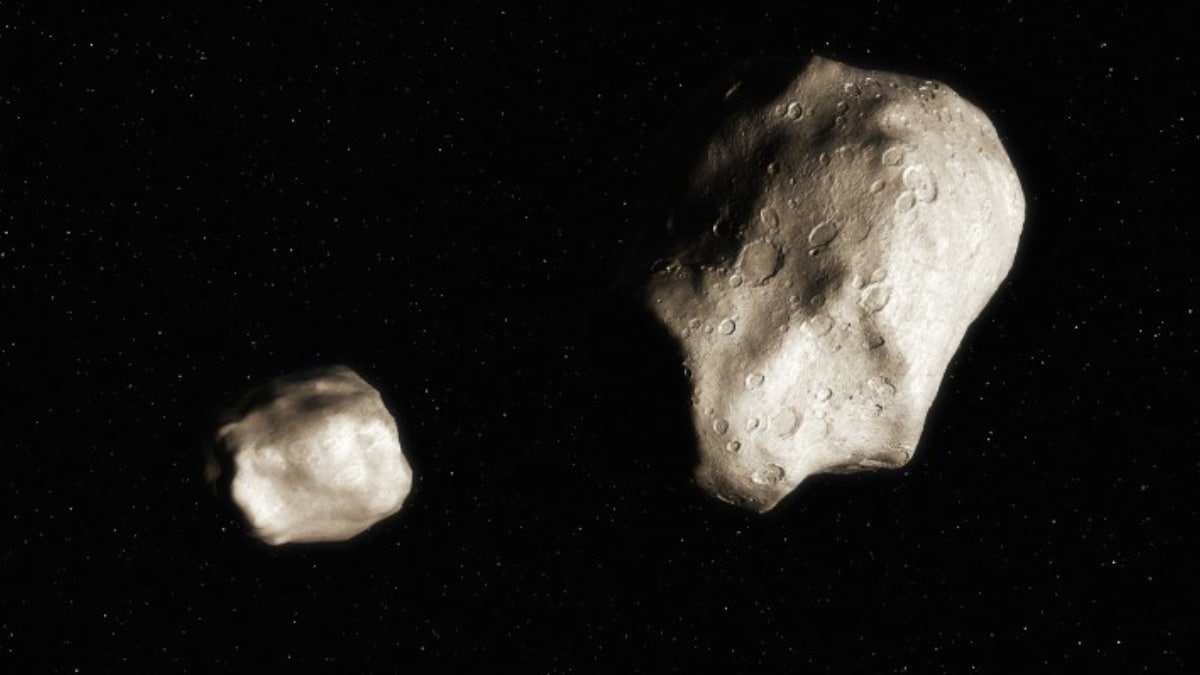 In a strange discovery, scientists have found twin asteroids that may be Earth’s newest neighbours. The asteroids, separated by about 600,000 miles, seem to have separated from a parent asteroid only a few centuries ago. The asteroids were discovered as separate entities in August 2019. However, within a month, the similarity in their orbiting patterns made researchers take a closer look. Asteroids 2019 PR2 and 2019 QR6 puzzled scientists when they tried to delve into their history. Looking into the archived Catalina Sky Survey data from 2005, scientists came across an interesting possibility.

Additional observations helped scientists to go back into the history of the asteroids’ locations over the years. Orbital calculations determined that in a not-so-distant past, the two asteroids had indeed been just one entity. Scientists used two models, according to which the parent asteroid must have broken up to form these two pieces between 230 and 420 years ago, or between 265 and 280 years ago.

The research paper was published on February 2 in the Monthly Notices of the Royal Astronomical Society journal.

Petr Fatka, lead author on the new research, said in a statement, “It’s very exciting to find such a young asteroid pair that was formed only about 300 years ago, which was like this morning — not even yesterday — in astronomical timescales.” Some observations required for the research were gathered from the Lowell Observatory in Flagstaff, Arizona, US.

According to reports, the twins have been categorised as D-type asteroids. This means that they are believed to be rich in compounds which quickly dissolve in space when exposed to too much heat. In fact, it is rare to find D-type asteroids near the Sun. These twin asteroids get as close to the Sun as Earth’s orbit and wander off as far as Saturn’s orbit.

Scientists are confused about some of the properties of these asteroids. They are speculating if the asteroids are off-gassing some material as a comet does. But the twin entities haven’t displayed any cometary activity yet. So it remains a mystery how the two could have been formed from a parent asteroid just 300 years ago.

Grieving mother of boy who died with Strep A describes symptoms – as another child dies with infection
Cheers star Kirstie Alley dies after short illness
Kane addresses goal drought as he prepares to lead England into World Cup clash with Senegal
Revealed: Supermarket chains where prices have risen fastest during the cost of living crisis
Cramer talks about some hot industrial stocks, and how we’re playing Wall Street’s pivot from tech