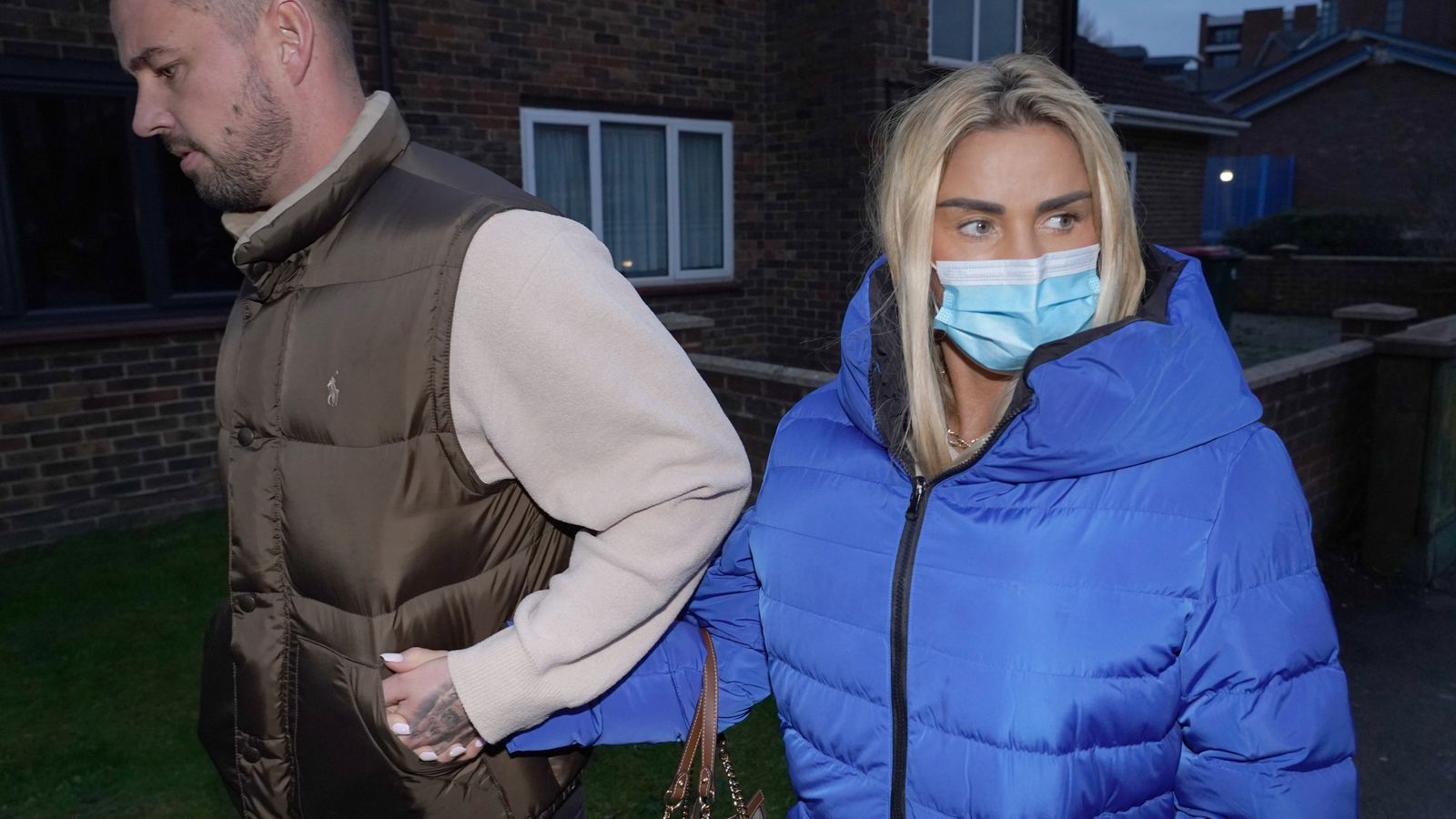 Katie Price’s fiance has been charged with using threatening, abusive or insulting language or behaviour.

Carl Woods was arrested following an alleged incident in Essex in August.

A police statement said: “A man arrested following an incident in Little Canfield, on August 23 2021, has been charged.

“Carl Woods, 33, of Dunmow Road, Little Canfield, has been charged under Section 4 of the Public Order Act.

“He is due to appear at Colchester Magistrates Court on March 10.”

Former glamour model Price, 43, was arrested last month on suspicion of breaching a restraining order, and in December got a 16-week suspended sentence and a two-year ban for drink-driving without insurance, while disqualified.