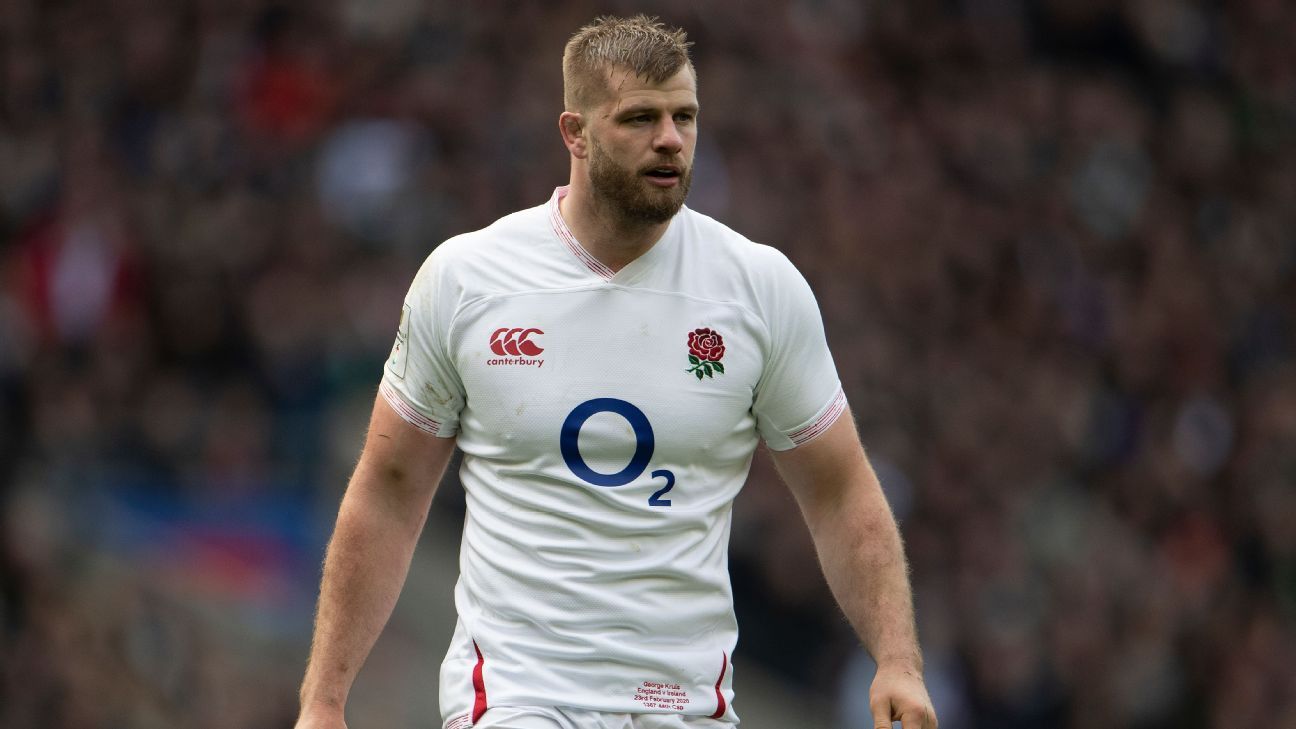 Former England lock George Kruis will retire from rugby at the end of the season to focus on business commitments, the 32-year-old announced on Tuesday.

Kruis played 45 times for England and was part of their squads for the 2015 and 2019 Rugby World Cups, as well as two Six Nations triumphs, including their Grand Slam in 2016.

He also has one appearance for the British and Irish Lions, which came on their 2017 tour of New Zealand.

“I can only summarise the last 14 years as the most ridiculous journey packed full of memories and friendships,” Kruis said.

“There as so many that I am thankful to for the support over the years, you will know who you are.

“For me, I need to embrace my business and the opportunity it presents. I want and need to challenge myself to replicate my international standard off the field.”

Kruis spent most of his career at Saracens, making 185 appearances for the English club between 2009-2020 and winning four Premiership titles and three European Champions Cups.

He moved to Japanese side Saitama Wild Knights in 2020, where he won the Top League title last season.

Kruis will now focus on his sports nutrition company, Fourfive, which he set up with former Saracens teammate Dominic Day in 2018.

“I’ve taken a few months thinking this over. I’ve been very lucky to still have some really good offers on the table, whether it’s in Japan or some clubs back home, but I need to cut my career short as there’s such an opportunity off-field,” Kruis told The Times.

“Dom has had to go full-time, and we’ve got seven employees. It’s now dragging me out of rugby, and needs my 100% attention. I’m someone who needs to be committed fully.

“I’m improving, growing, and moving back to the UK or staying in Japan to take another contract, I just wouldn’t be able to give it 100%.”

Hear the promises Stewart Rhodes made to his lawyers before Oath Keepers trial
Avatar is back after 13 years – but will the sequel live up to the original?
Era of cheap supermarket fuel has ‘gone’ as chains battle rising costs
Why Silicon Valley is so hot on nuclear energy and what it means for the industry
Some Meta employees claim they’re not getting promised severance