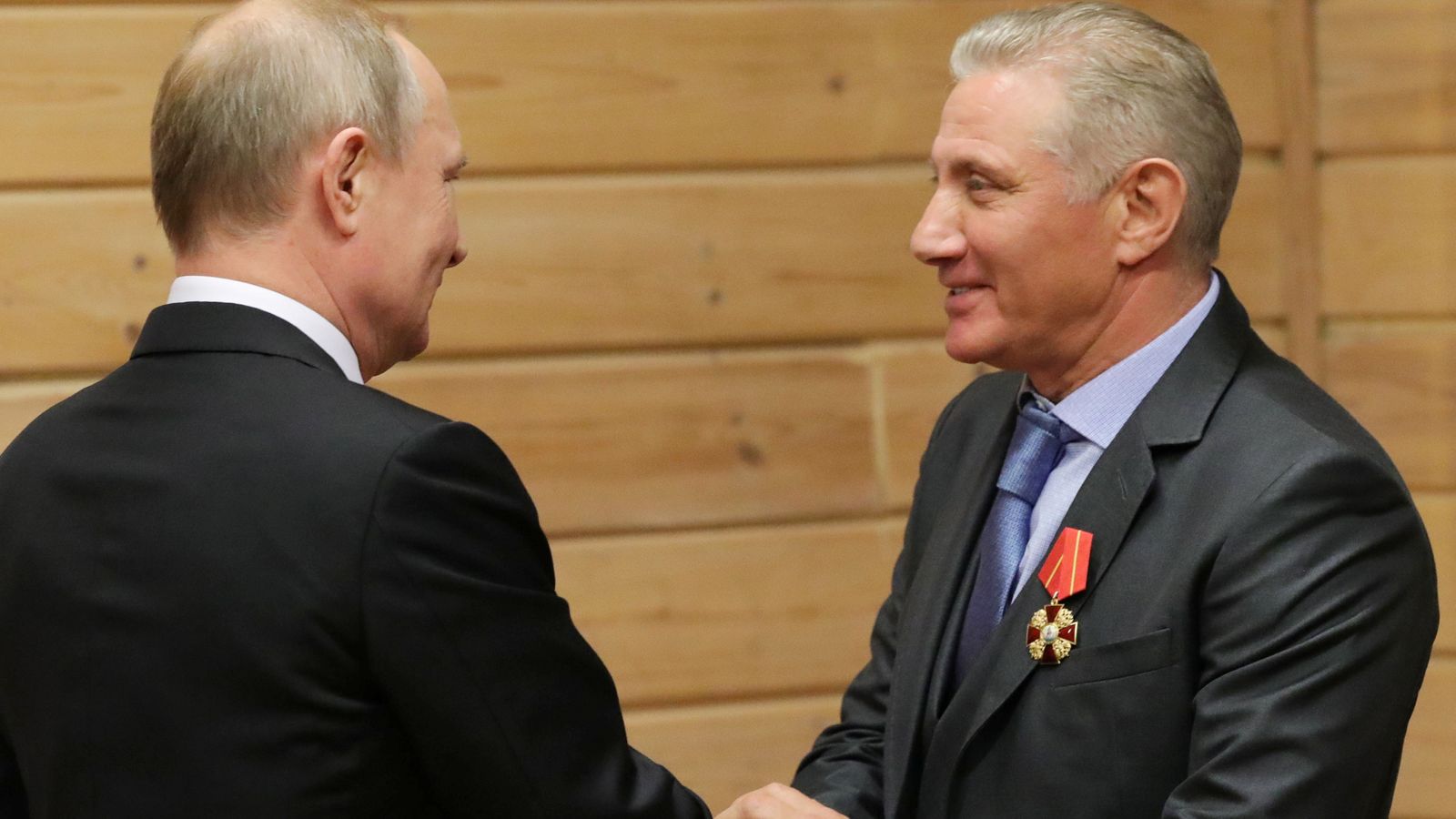 The UK is sanctioning five Russian banks and three oligarchs, freezing their UK assets and banning travel to Britain, Boris Johnson has announced.

The prime minister told the House of Commons it was the “first tranche” and “first barrage” of measures, in response to Russian troops moving into two separatist regions of Ukraine.

“We hold further sanctions at readiness to be deployed,” Mr Johnson told MPs, as he warned of a “protracted crisis” in Ukraine.

The five Russian banks being targeted are Rossiya, IS Bank, General Bank, Promsvyazbank and the Black Sea Bank.

“Any assets they hold in the UK will be frozen, the individuals concerned will be banned from travelling here, and we will prohibit all UK individuals and entities from having any dealings with them,” Mr Johnson said.

Mr Timchenko is a major shareholder in Rossiya, while the Rotenbergs are described by the Foreign Office as having close ties to Russian President Vladimir Putin.

Boris Rotenberg is a major shareholder of SMP Bank, while Igor Rotenberg is invested in Russia’s transport sector.

All three have been on the US sanctions list for a number of years as associates of Mr Putin.

The PM addressed the Commons after chairing a meeting of the government’s emergency COBRA committee at 6.30am this morning.

Mr Putin on Monday night recognised two breakaway areas of eastern Ukraine as independent states and ordered Russian forces to carry out “peacekeeping” duties in the Donetsk and Luhansk regions.

Mr Johnson warned that Russian President Vladimir Putin was “bent on a full-scale invasion” of Ukraine.

Downing Street said the UK’s new sanctions against Russia were part of a “coordinated” approach to the Ukraine crisis together with the US and EU.

On Tuesday, Germany announced it had halted the approval of the Nord Stream 2 gas pipeline, which runs under the Baltic Sea from Russia to Germany, in response to Mr Putin’s actions over Ukraine.

The PM has frequently urged European economies to end their reliance on Russian gas and oil.

Russia’s ambassador to the UK was summoned to the Foreign Office on Tuesday morning.