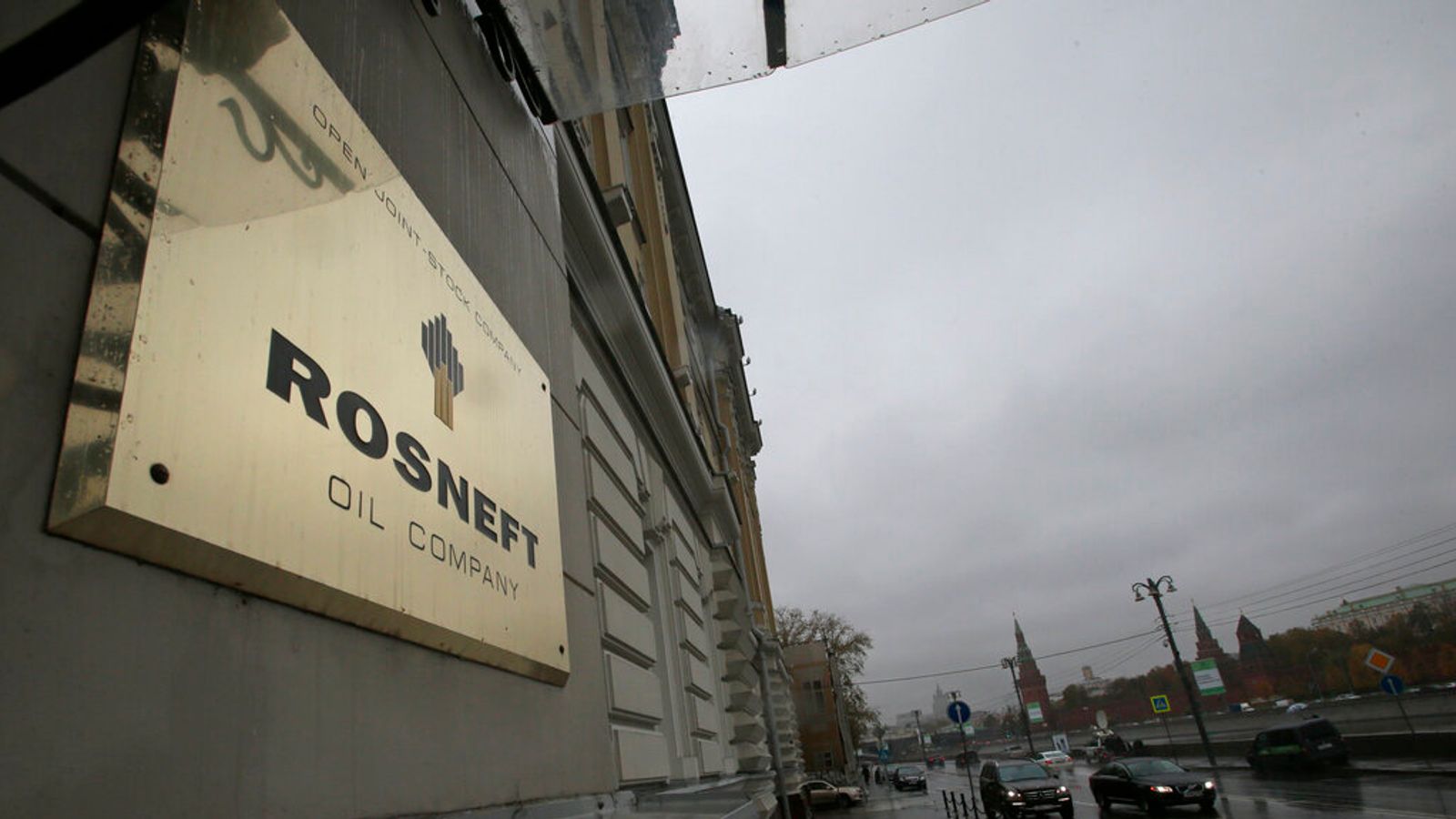 One of Britain’s biggest fund managers has been left unable to sell its shareholding in the Russian state oil giant backed by BP amid restrictions on foreign share trades on Moscow’s stock exchange.

Sky News has learnt that Abrdn, the FTSE-100 asset manager, is keen to offload its multimillion-pound stake in Rosneft but has been prevented from doing so.

City sources said that abrdn had decided to sell its Rosneft shares immediately after the Russian invasion of Ukraine.

Although modest in size at just £5m, the majority of which is held passively in abrdn funds, the hiatus underlines how the City is being impacted by the fallout from the crisis.

Abrdn publicly supported BP’s decision, announced on Sunday, to sell its stake in Rosneft, which had been valued at about $14bn (£10.4bn) but is likely to be sold for far less than that.

“We are strongly supportive of the board’s decision and applaud them for taking swift action following the events of the last week,” Andrew Millington, head of UK equities at abrdn, said.

“While there may be a significant financial cost to BP in exiting Rosneft it is unquestionably the right thing to do”.

BP’s board’s decision to sell its near-20% stake in Rosneft marks the end of a decade-long direct relationship, although questions remain about how it will be able to offload the shares.

The oil giant’s announcement came within days of Kwasi Kwarteng, the business secretary, telling BP chief executive Bernard Looney that the government was concerned about its Russian interests.

‘Feminists can’t tell us what to do with our bodies’: Sex workers fight council strip club ban
OPEC+ agrees to stick to its existing policy of reducing oil production ahead of Russia sanctions
Toyota secures funding to develop hydrogen fuel cell version of its Hilux pickup in the UK
Tesla drivers believe they are experiencing more road rage
‘May the Force be with you’: PM ‘sad’ as Javid to step down at next general election