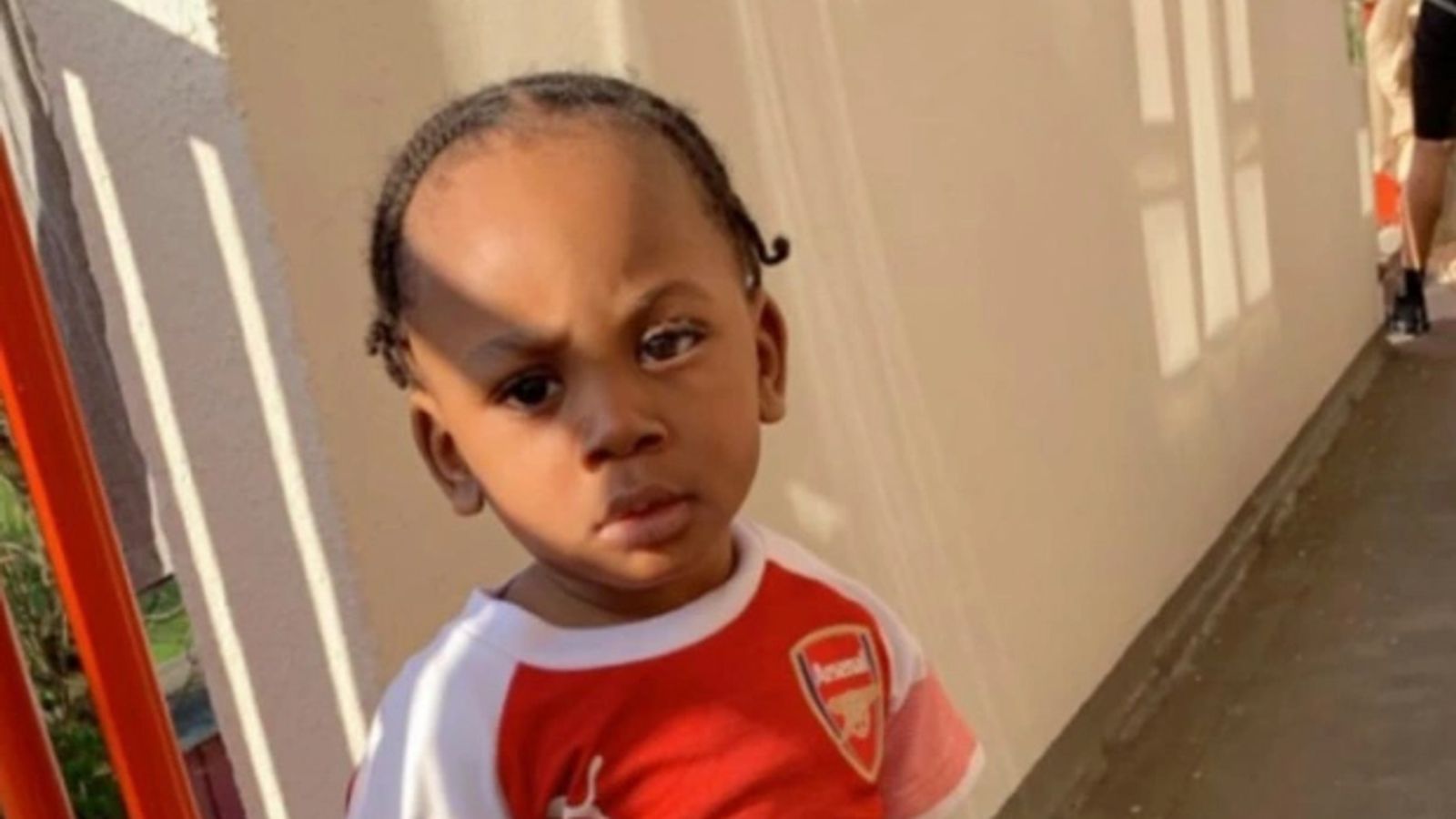 A 28-year-old man has been found guilty of murdering his partner’s toddler after “taunting” and beating him for months.

Kyrell Matthews was found in cardiac arrest at his home in October 2019, with 41 fractured ribs “crushed or broken by blows” and a 1.6 inch cut to his liver caused by blunt force trauma.

The toddler’s mother, Phylesia Shirley, denied murder and has been found guilty of manslaughter.

Her partner Kemar Brown was found guilty of murder.

Kyrell, who was non verbal, suffered beatings on a regular basis in the months leading up to his death and was treated “almost like a punchbag in the gym” by Brown, according to Detective Chief Inspector Kate Kieran.

Brown would hurt the child “almost for fun”, calling him over while he was watching TV, “insisting he came closer, only to then be heard beating him”, DCI Kieran said.

The case against Brown was helped by recordings believed to have been set up by Shirley to check if Brown was seeing other women but instead captured the sound of her son being abused.

In one harrowing recording Brown can be heard telling Kyrell “you have to ruin the fun” and to “shut up” during an assault.

In a 111 call on the day Kyrell died, Shirley can be heard telling the operator: “Basically Kyrell has been acting really funny. Like, his body is flopping, and his eyes is rolling back and his chest is not breathing”.

Paramedics sent to the flat described Shirley as “hysterical” when they arrived, and said she cried and fell to the floor at one moment.

Brown was described as showing little emotion, and holding back on his phone as Kyrell was bought into hospital.

One witness described Shirley shouting “my baby my baby, he’s the only person who loves me” when she found out her son was dead.

The court heard that Shirley was also being emotionally and physically abused by Brown. Lawyers argued Shirley was “vulnerable” and her confidence was being “eroded” by Brown who would follow her “like a shadow”.

Kyrell didn’t go to nursery and neither Shirley or Brown was employed in the months leading up to his death. On one occasion in the days before he died, Kyrell was apparently “reluctant to go back into his mother’s flat” having spent time elsewhere.

Prosecutor Samatha Yelland says that from June 2019 onwards the couple were “retreating, weren’t seeing people or attending medical appointments” because Kyrell was no longer a baby and could have shown the pain he was suffering to other family members.

Ms Yelland said what was “particularly poignant” about Kyrell’s case was how “defenceless” he was. She said: “He was a two-year-old child and both his carers inflicted this violence upon him and he wasn’t able to do anything to prevent it”.

European Union officials set Russian oil price cap at $60 a barrel
What’s the status of California’s upcoming $10M electric bike rebate program?
CNN anchor speaks with swing voters in Georgia ahead of runoff
Ukraine War: The ‘winter war’ begins
Wonderboy still has it, but should he jump right back into the title picture?