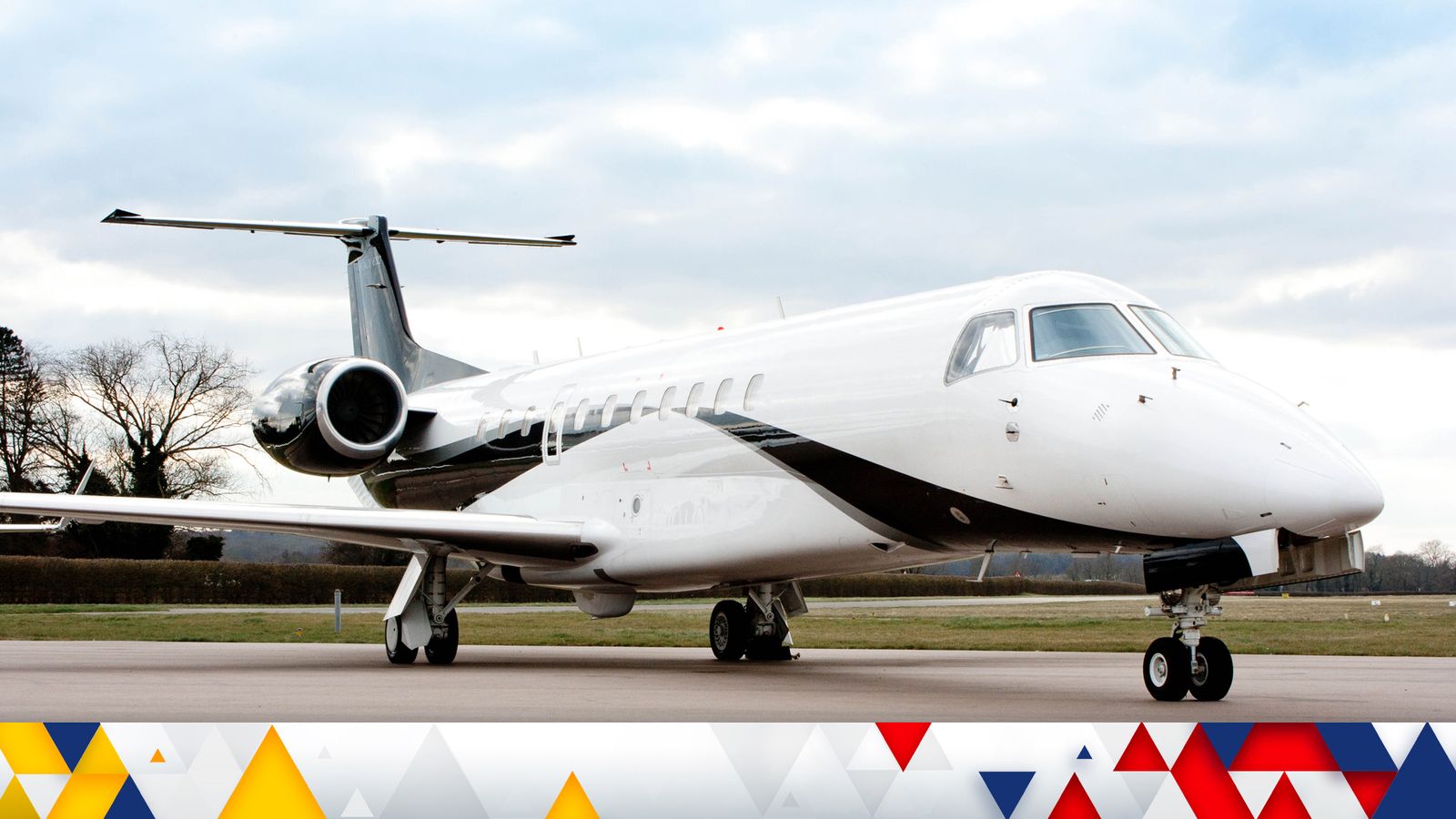 The government has made it a criminal offence for any Russian aircraft to enter UK airspace.

Foreign Secretary Liz Truss also announced a ban on the export of aviation and space-related goods and technology and on UK companies providing insurance and re-insurance services in relation to these.

On Tuesday Transport Secretary Grant Shapps sent a letter to all UK airports and airfields letting them know that air traffic control now has the power to tell pilots of any Russian aircraft – private or commercial – not to enter UK airspace, or to leave it by a certain route.

Airport operators can detain a Russian aircraft, or one chartered by a Russian, under the new law.

The new powers will also allow the government to remove aircraft belonging to designated Russian individuals and entities from the UK aircraft register.

Since 25 February, Russian scheduled airlines – including national carrier Aeroflot – have been banned from UK airspace but new legislation brought on Tuesday means it will be a criminal offence for any Russian aircraft to breach that.

This is in line with “other sectors within the sanctions regime” that have been applied since Russia invaded Ukraine a fortnight ago, Mr Shapps said.

The letter to airports adds: “Please note that non-compliance may give rise to a criminal offence.”

Key developments:
• Zelenskyy echoes Churchill in appeal to UK and vows to ‘fight to the end’
• US bans Russian energy imports and UK will stop using Russian oil this year
• US says Poland’s offer of MIG-29 fighter jets to be passed to Ukraine ‘not tenable’
• First Lady Olena Zelenska writes open letter condemning Putin and ‘mass murder of civilians’
• Woman charged in New York with being a Russian agent for more than a decade

Vladimir Putin reacted to the UK banning its commercial airlines in February by prohibiting UK airlines from flying to and over Russia.

Many other countries’ airlines have also been re-routing their flights around Russia and Ukraine. 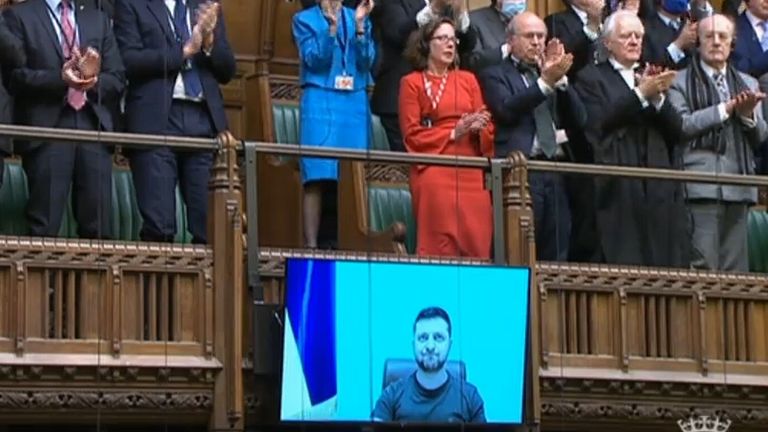 Zelenskyy tells MPs: We will not give up

Under the new UK law, the Civil Aviation Authority (CAA) has the power to refuse to register aircraft in the UK if the information provided means the aircraft “appears to be owned, chartered or operated by a person who has been designated for the purposes of aviation sanction”.

The CAA can also terminate an aircraft registered in the UK if it is owned, chartered or operated by a Russian person or company.

UK air traffic control and airports have been told they cannot provide access to “any aircraft which they have reason to believe is a Russian aircraft”.

The letter from Mr Shapps ends: “I would like to thank you for supporting the government with these new aviation sanctions and playing your part as the UK supports Ukraine in the fight against the Russian invasion.”

Mr Shapps’ announcement came hours after the UK said it will gradually stop Russian oil imports by the end of 2022.

Ukrainian President Volodymyr Zelenskyy gave a passionate speech to MPs in the House of Commons on Tuesday, via video link, in which he called for more help from the UK and vowed to “fight to the end” as he echoed both Winston Churchill and William Shakespeare.