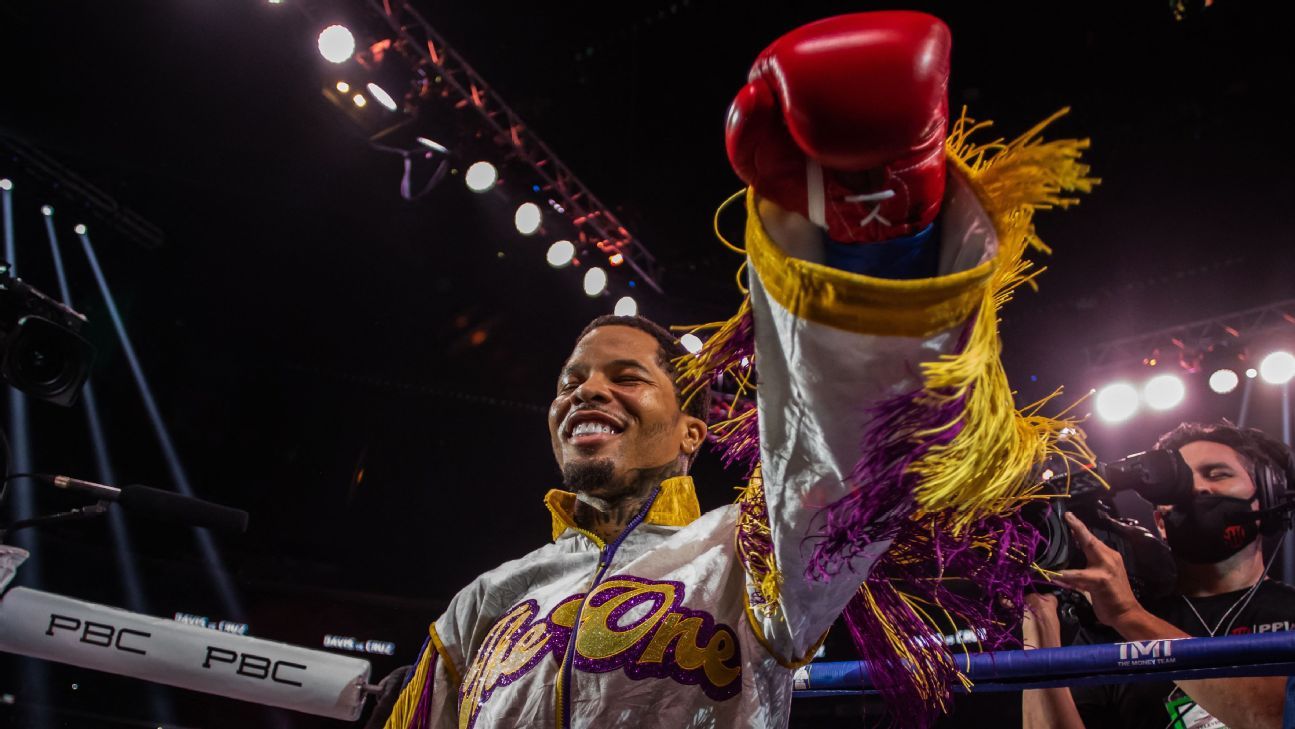 Rolando Romero will get his shot at Gervonta Davis after all.

The fighters agreed to a deal for a May 28 lightweight fight on Showtime PPV, sources said. A location hasn’t been finalized yet.

“Tank” Davis and Romero were set to fight on Dec. 5 in Los Angeles, but Romero was pulled from the matchup after he was accused of sexual assault. Weeks after Davis defeated Isaac Cruz on Dec. 5 in a tougher-than-expected fight, the Henderson (Nevada) Police Department concluded the investigation without charges being filed against Romero.

The detective stated in the Dec. 29 incident report that after he reviewed the evidence, “the allegations … do not meet the elements of the crime of sexual assault. [The woman] stated when she voiced her demands that Romero cease particular acts during their time together, he did cease to perform those acts.”

Now, Romero will prepare for the biggest opportunity of his career. The 26-year-old is a powerful-puncher who wings his shots from awkward angles, but he isn’t ranked in ESPN’s top 10 at 135 pounds. Davis, on the other hand, is ESPN’s No. 10 pound-for-pound boxer.

The 27-year-old Baltimore native routinely fights before sold-out crowds across the U.S., and this will be his fourth consecutive pay-per-view headliner.

“I was the one who had to force this fight, because I’ve seen for years that he’s a chump,” Romero, who fights out of Las Vegas, said at their October news conference to promote the Dec. 5 bout. “He’s made a career out of beating up 126-pounders.

“He doesn’t know half the stuff that I’ve seen and been through. I’m here to knock him out in the ring. He’s arrogant and tries to act like he’s tough, but I’m knocking him out.”

Romero (14-0, 12 KOs) is coming off consecutive TKO victories over Avery Sparrow and Anthony Yigit. The July victory was the toughest opposition of his career, but Yigit, a former title challenger, is levels below Davis.

Davis (26-0, 24 KOs) will look to shake off a lackluster performance against Cruz. Davis was a heavy favorite against the Mexican but settled for a tightly contested unanimous-decision victory.

“‘Rolly’ is just here to talk,” Davis said in October. “He’s trying to talk his way into winning, but he’s scared. I’m coming to fight.

“They only talk about his power, but this is boxing. His skills are not up to par with mine. He can’t even talk about power, because everyone knows I’m bringing it.”

Both boxers are promoted by Floyd Mayweather. The bout is part of a three-week stretch of PBC on Showtime cards that begins May 14 with the Jermell Charlo-Brian Castano rematch for the undisputed junior middleweight championship followed by the May 21 David Benavidez-David Lemieux fight.

Supercar-maker McLaren in talks with investors about £250m fundraising
This country’s relationship with Russia is causing concern in Ukraine
‘So many questions’: Harry asked about royals at awards ceremony
Fury thumps Chisora in trilogy bout, keeps titles
Avatar is back after 13 years – but will the sequel live up to the original?