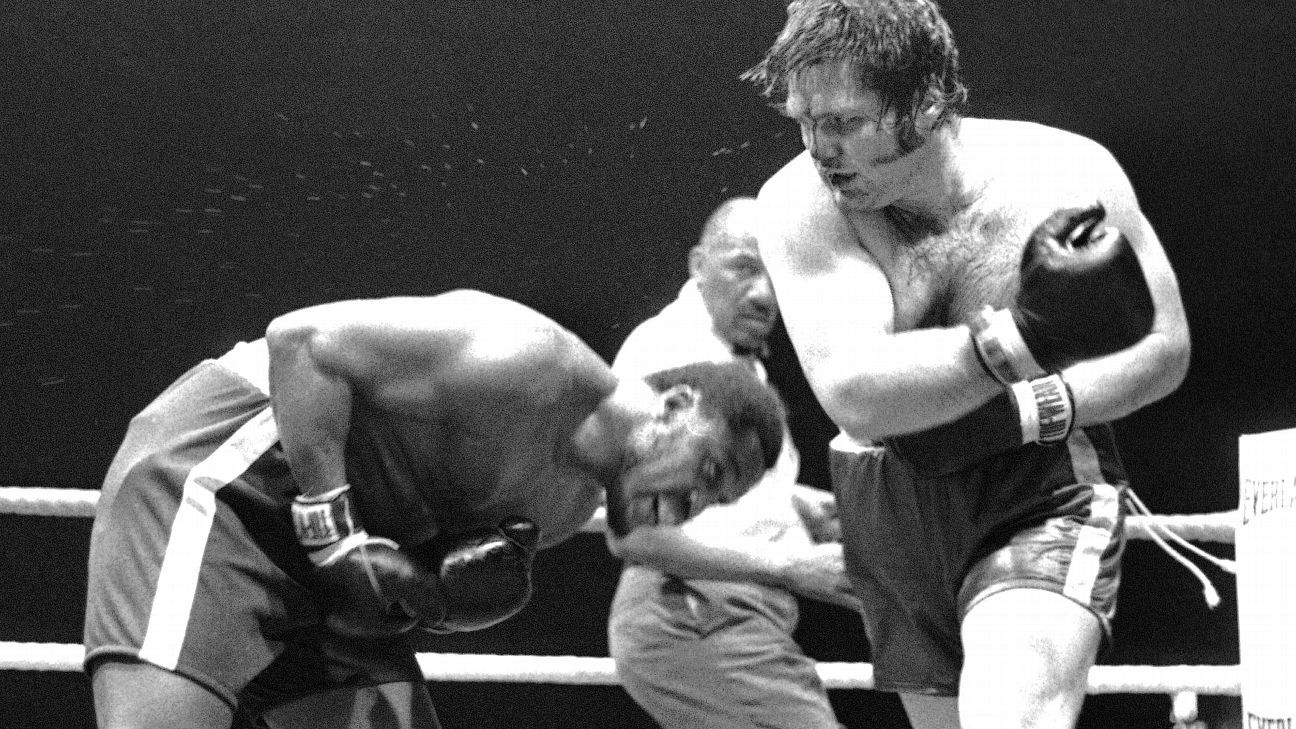 OMAHA, Neb. — Ron Stander, whose fight against unbeaten world heavyweight champion Joe Frazier in 1972 was the highlight of his 13-year career, has died. He was 77.

Toddy Stander said her husband died Tuesday from complications of diabetes at their home in the Omaha, Nebraska, suburb of Ralston.

Stander was known as the “Bluffs Butcher,” a nod to both his hometown of Council Bluffs, Iowa, and his aggressive, brawling style. He was 38-21-3 in a professional career that spanned 1969 to ’82.

Stander first drew national notice with a fifth-round knockout of Earnie Shavers in 1970, and he was 23-1-1 when he got his opportunity against Frazier on May 25, 1972.

The Frazier fight was at the Civic Auditorium in Omaha, across the Missouri River from Council Bluffs, and Stander went right at the champion from the opening bell. The two fought on even terms early, but Frazier was able to impose his will and bloodied Stander’s face, and the fight was stopped after four rounds.

Stander also fought, and lost to, heavyweights Scott LeDoux, Ken Norton and Gerrie Coetzee in the 1970s, and remained a popular figure in boxing circles the rest of his life.

‘Couldn’t be more excited’: Elton John to headline Glastonbury in last UK gig of final tour
Ambulances will go to ‘life-threatening’ calls during strikes but may not attend falls
Sam Bankman-Fried lobbied for Taylor Swift deal as FTX bled cash and execs urged restraint
OPEC+ to consider deeper oil output cuts ahead of Russia sanctions and proposed price cap
Why Silicon Valley is so hot on nuclear energy and what it means for the industry