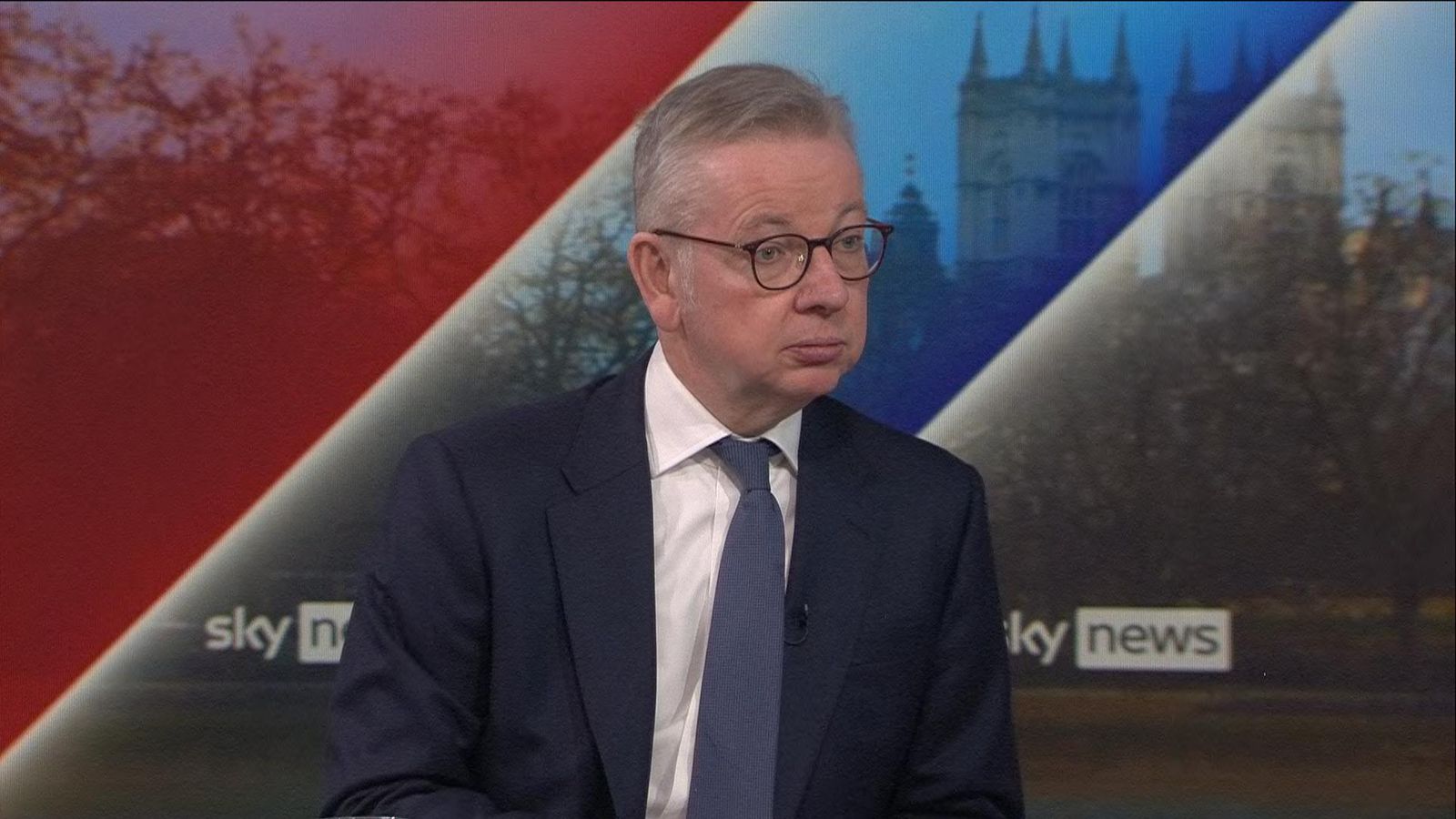 Tens of thousands of Ukrainian refugees could come to the UK and each local council will get more than £10,000 per individual, Michael Gove told Sky News.

The housing and levelling up secretary, who is in charge of the Ukrainian refugee scheme, also said the UK has now processed “more than 3,000” visas for Ukrainians fleeing the war with Russia.

He initially told the Sophy Ridge on Sunday programme that 300,000 visas had been approved but corrected the number after being questioned, as the total on Thursday was just 1,035.

Asked to estimate how many refugees could come to the UK through the scheme, he said: “Tens of thousands.”

Mr Gove added: “For each individual who comes, just over £10,000 per individual will be available to local authorities.

“And then there’ll be additional payments for those children who are of school age and need to be accommodated within the education system.

“Everyone will have access to full NHS care, including mental health.” 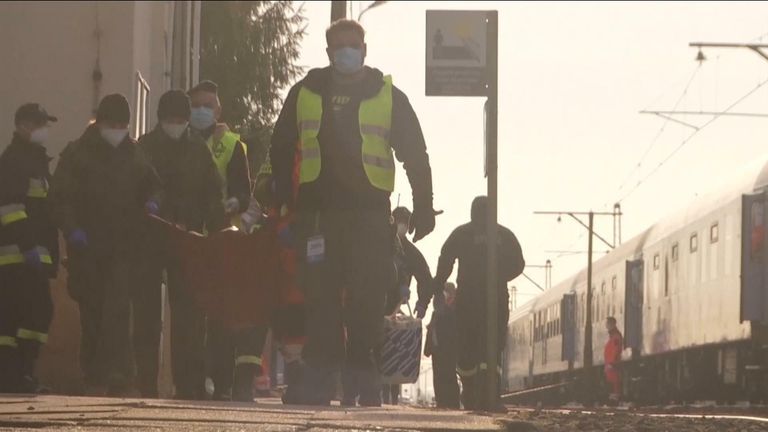 
The minister also provided some more details on the plan for people in the UK to offer up their spare rooms to Ukrainian refugees for at least six months.

Britons taking part in the “Homes for Ukraine” scheme will receive a £350-a-month “thank you” from the government.

Mr Gove said people who want to offer up their homes and spare rooms can register their interest on Monday.

“Matching will be taking place from Friday,” he said.

“I would expect that in a week’s time we’ll see the first people coming here under the scheme.”

However, he would not answer whether he would be offering up a room in his house.

Labour leader Sir Keir Starmer said he welcomed the refugee scheme but questioned exactly how it is going to work.

He told Sophy Ridge on Sunday: “Those plans just need to be in place now.

“I’d have more comfort if there was a solid plan on the table – local authority leaders are saying they haven’t been consulted yet.

“They’re there ready to put the support in, housing providers need to be involved in this. I want to see a concrete plan on the ground.

“What I saw in the summer [with Afghanistan refugees] was you need language experts, experts with traumatised families, you need experts who can help them contact their relatives back in the country they’ve just fled from.

“You need people who can sort out schooling very quickly.

“I would just like the reassurance of knowing that plan is in place.”

Germany says borrowing more money to compete with the U.S. would be a ‘threat’ to Europe
US country star, 37, dies hours after getting married
Sam Bankman-Fried could face years in prison over FTX’s $32 billion meltdown — if the U.S. ever gets around to arresting him
NBA Power Rankings: Celtics and Suns surging into December
Rolls-Royce uses hydrogen produced with wind and tidal power to test jet engine