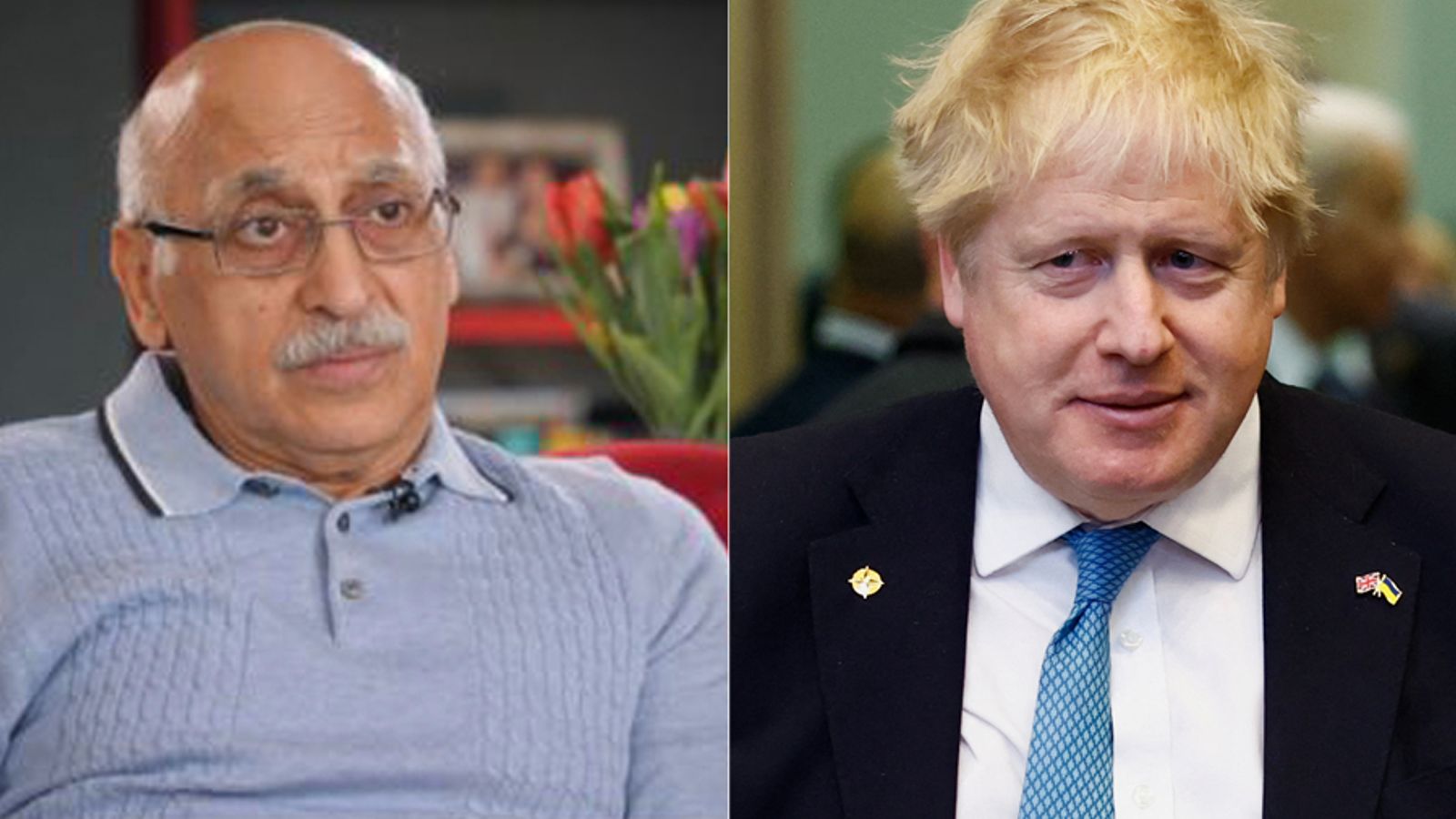 Anoosheh Ashoori has revealed Boris Johnson did not respond to any appeals from his family while he was detained, but since his release the prime minister has asked to meet with him.

The 67-year-old British-Iranian was held for five years in Tehran’s notorious Evin prison.

He was brought back to the UK last week, along with fellow British-Iranian national Nazanin Zaghari-Ratcliffe.

Mr Johnson did not respond to the family’s requests for assistance, nor did he reply to a direct plea from Mr Ashoori.

The detained Briton managed to record an audio message while inside the prison asking for Mr Johnson’s help. It was published by Sky News in 2020.

Listen to Anoosheh Ashoori’s voice messages: ‘We are one breath away from death in this circle of hell’

The retired engineer said: “I risked my safety but I managed to convey that message to him.

“Unfortunately he did not expend even five minutes to give a telephone call to my family.”

However, on Monday, Mr Ashoori received an invitation to meet with the prime minister.

He told Sky News: “Now he’s eager to see us. How would you interpret that?

“I think that there’s a bit of opportunism involved in it.”

Asked if he would meet with the prime minister, Mr Ashoori said: “I’m not sure.”

Mr Ashoori praised civil servants working behind the scenes, naming Stephanie Al-Qaq, the director of the Middle East and North Africa Department at the Foreign Office, and Simon Shercliff, the ambassador to Iran.

He said: “They did a fantastic job. It is the leadership that we are questioning.”

Mr Ashoori and Mrs Zaghari-Ratcliffe were freed after the UK repaid Iran a £400m debt dating back 40 years.

Mrs Zaghari-Ratcliffe faced criticism for commenting earlier this week that the government should have got her out earlier.

But Mr Ashoori says he agrees “a hundred per cent” with Mrs Zaghari-Ratcliffe.

“That was not a ransom, that was a debt that the British government owed and it should have been paid. And if it had been paid, none of this would have happened,” he says.

The Ashoori family had around 48-hours notice their loved one would be returning – and that they would have to pay a £27,000 fine for his release.

The foreign office did not offer any assistance to the family on the matter. They were forced to max out credit cards to get the funds in time.

A crowdfunder was set up by his daughter Elika to find a way to begin paying off their debt.

More than £38,000 has been raised, leaving Mr Ashoori “bowled over by the generosity, support, and absolute kindness of strangers.”

Some of the extra money will be used by the family to help campaign for those who remain in Evin prison to be released, including Morad Tahbaz, a British-US national who Mr Ashoori knows personally.

Mr Ashoori feels a responsibility to do so having witnessed prison conditions – with bed bugs, the smell of open sewers, and dental care from a dentist known for “pulling ten teeth in ten minutes”.

While detained he made several attempts to take his own life.

He cut his wrists and at one point tried starve himself to death – losing 17kg in 17 days.

“I stopped eating. For four days I did not even drink water… I think that when you’re not there any longer, you don’t exist and then you don’t feel pain. That was my reasoning to myself.”

A Government spokesperson said: “From the prime minister down, this government has been committed to securing the release of Anoosheh Ashoori.

“It was always entirely in Iran’s gift to do this, but UK ministers and diplomats were tireless in working to secure his freedom and are delighted that he is now home.”

“Our Consular team were in close regular contact with Anoosheh’s family, with officials available to them at any time throughout his ordeal.”

Anyone feeling emotionally distressed or suicidal can call Samaritans on 116 123 or email jo@samaritans.org