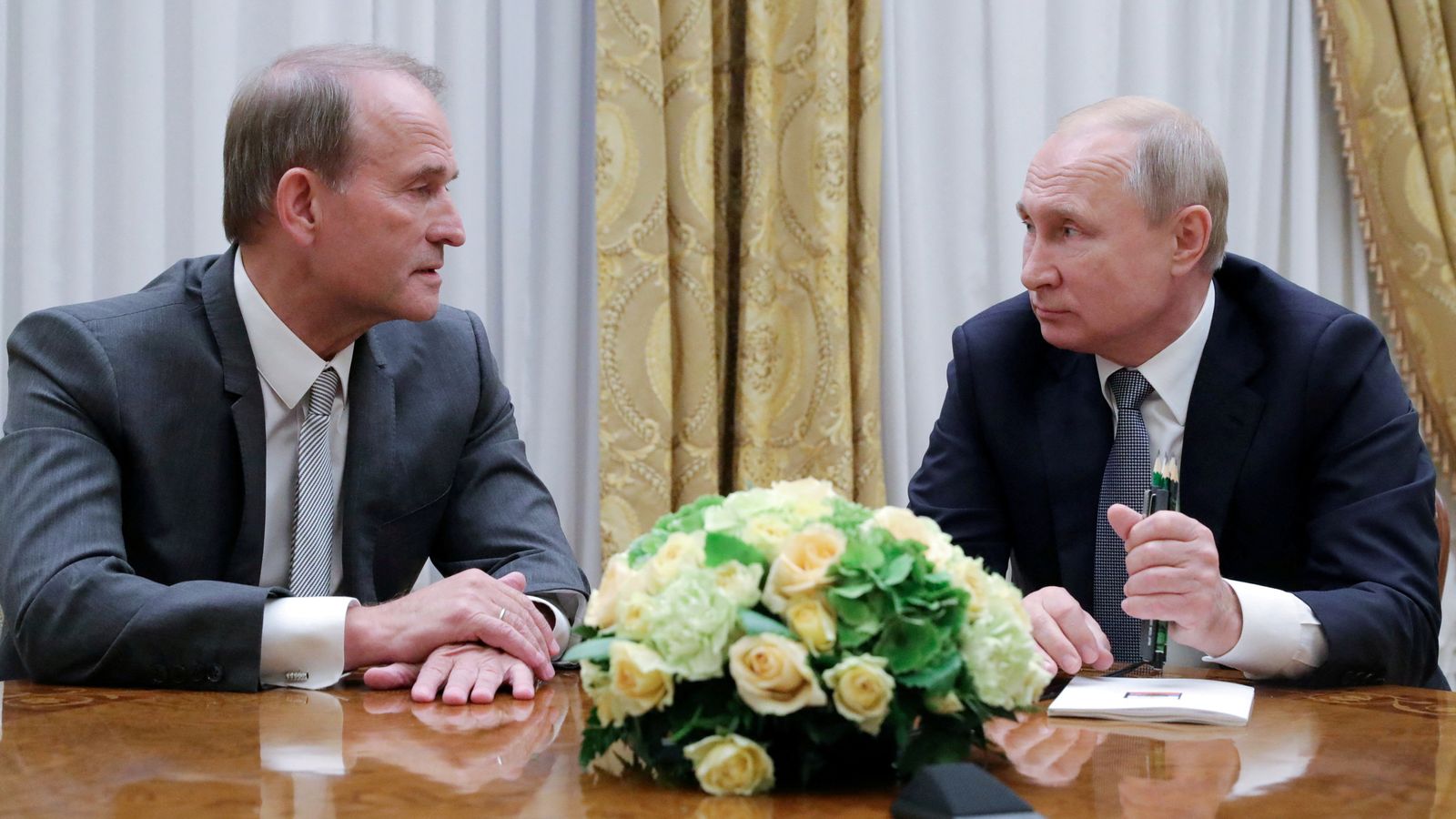 The photograph of a dishevelled, handcuffed man in his 60s wearing army camouflage was posted on Instagram by Ukraine’s President Volodymyr Zelenskyy last night.

His name is Viktor Medvedchuk, he’s a central character in the story of Ukraine’s recent political history and he’s never been seen like this before.

Mr Medvedchuk is a Ukrainian politician. He counts Vladimir Putin as a close friend; so close that he chose Mr Putin to be godfather to one of his daughters.

He’s variously been described as Ukraine’s “grey cardinal” and “the prince of darkness”. For several decades he has been a key back door politician in Ukraine, close to Russia and a one-time power broker as Ukraine mapped its future without, or as he hoped, with Russia.

Mr Medvedchuk’s closeness to Moscow ensured him prominent positions even in Ukraine’s various pro-Western governments who saw him as an arbiter for dealings with Vladimir Putin.

In interviews over the years, he maintained that he disagreed with Mr Putin’s assessment that Ukraine and Russia were one nation.

For several years he was the lead conduit between Moscow and Kyiv and an architect of the failed Minsk accords to broker peace with Ukraine’s breakaway eastern regions.

But significant portions of the Ukrainian public were deeply sceptical of him.

In 2021, Forbes estimated his wealth to be $620m (£476m). How much of that fortune came from the Kremlin isn’t known but he did have enough cash to set up three TV stations.

There were all shut down by President Zelenskyy who accused them of spreading pro-Russian propaganda.

Mr Medvedchuk was a member of Ukraine’s parliament and a former leader of the pro-Russian Opposition Platform For Life political party. He was placed under house arrest in May 2021 and had his assets frozen by President Zelenskyy who accused him of financing acts of terrorism.

His detention, for treason, was one of a number that caused unease in Western countries at the time with Mr Zelenskyy being accused of silencing critics in a democracy.

Mr Medvedchuk escaped his house arrest shortly after the Russian invasion and was on the run for 48 days.

Mr Zelenskyy has not revealed where or how he was captured but has said he wants to offer him to Russia in exchange for Ukrainian prisoners.

“I offer this guy of yours in exchange for our boys and girls,” Mr Zelenskyy said.

It’s an ironic twist for a man whose role for years was negotiating his own prisoner swaps.