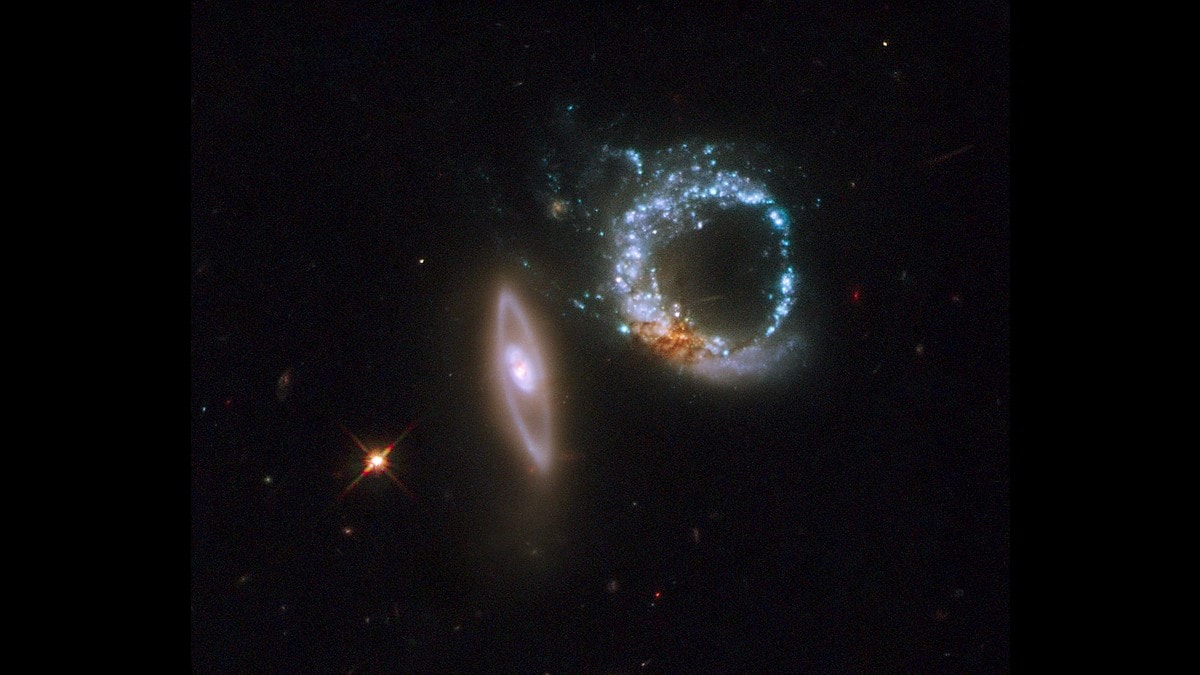 In its more than 30 years of service, NASA’s Hubble Space Telescope has made over 1.3 million observations of intriguing cosmic events and bodies. It once captured a pair of gravitationally interacting galaxies called Arp 147, using its prime working camera – the Wide Field Planetary Camera 2 (WFPC2). The “Hubble Classic” image has been again shared on Instagram. The image shows the two galaxies oriented in a way that they appear to form the number 10 in the vast dark sky. While the object on the left, or the “1”, appears like a smooth ring of starlight, the one on the right, or the “0”, looks like a pancake-shaped disc.

NASA’s Hubble Space Telescope captioned the image on Instagram, “Welcome to Arp 147, an interacting galaxy pair! The left-most galaxy in this Hubble Classic image appears nearly edge-on to our line of sight and features a smooth ring of starlight. The right-most galaxy has a clumpy, blue ring of intense star formation.”

According to NASA, the blue ring may have formed after the galaxy on the left went through the galaxy on the right, similar to how a pebble thrown into a pond generates a circular wave that moves outwards. The dusty reddish knot in the blue ring’s lower left corner most likely marks the position of the galaxy’s initial nucleus, which was hit.

Hubble is a collaboration between NASA and the European Space Agency (ESA). The ESA stated that this image was taken in October 2008, four weeks after a problem with the science data formatter forced Hubble into safe mode. At the time, this image demonstrated that the camera aboard Hubble was working fine.

Hubble was launched into space in 1990. Although it is one of the main workhorses to study space, it is aging. And, thus, NASA and other space agencies have sent its successor, James Webb Space Telescope. It is expected to start working in a few months.