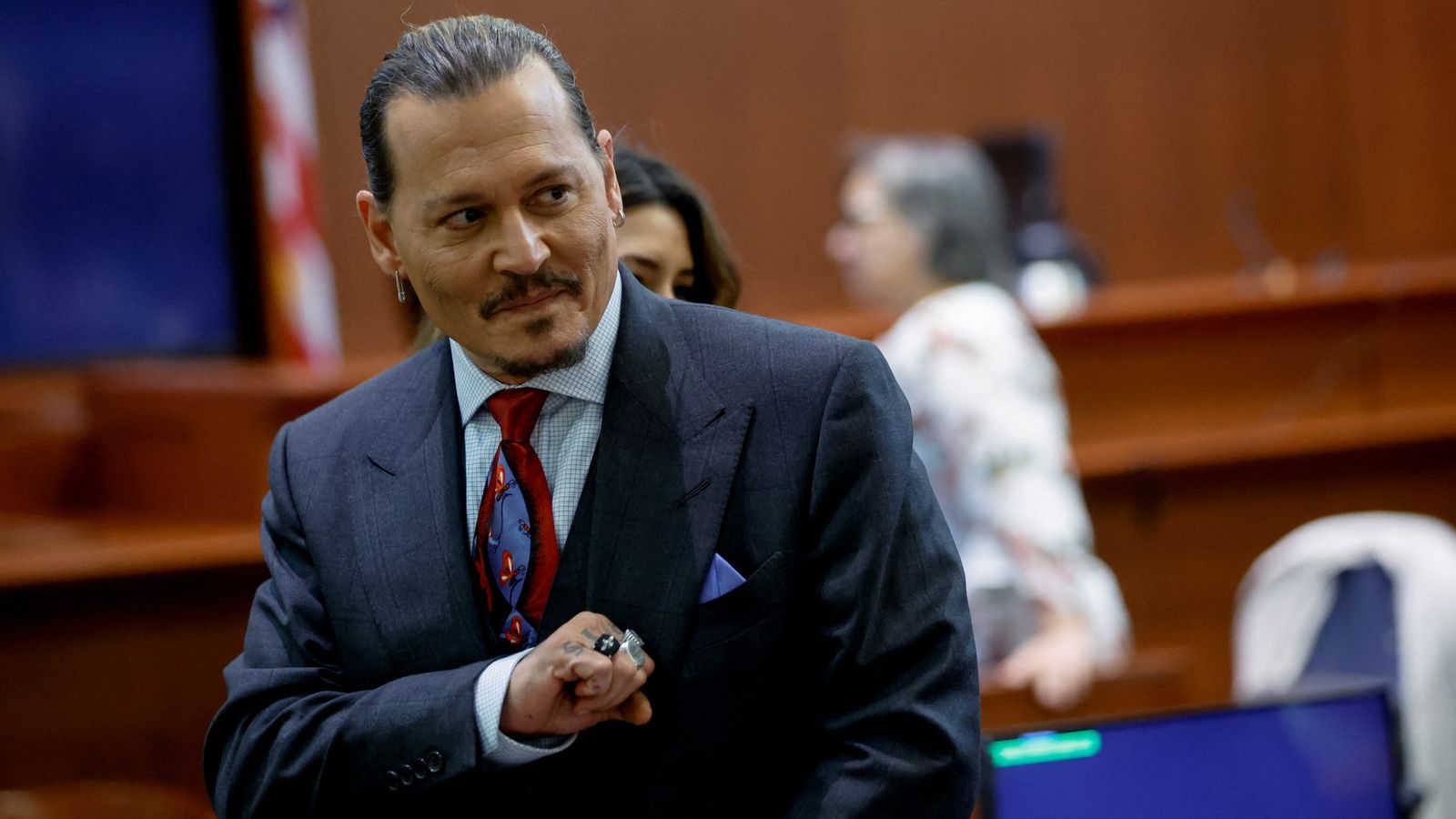 Police officers who visited Amber Heard following an incident of alleged abuse by Johnny Depp that came just days before she filed for a restraining order have told a jury they saw no evidence of injuries or property damage.

A staff member who worked in the Los Angeles building where Depp and Heard lived in one of the actor’s penthouse apartments also gave evidence to say he saw the actress a few days later and saw no sign of any marks or bruising on her face.

On the tenth day of testimony in Depp’s libel trial against his ex-wife, the court also heard from a talent agent who represented and was friends with both stars at the time of the split, as well the actor’s top divorce lawyer.

Following explosive evidence on Tuesday from a clinical and forensic psychologist who took the stand and told the jury that Heard suffered from “histrionic and borderline personality disorders“, Wednesday’s session was slower, with pre-recorded depositions only played out on screen throughout the day.

Here are some of the key points from the tenth day of testimony:

• Witness who filmed his testimony from a car started driving towards the end of questioning – ‘a first’ for Judge Penney Azcarate
• Police officers who visited Depp’s LA apartment on the night of 21 May 2016 – the final row between the former couple before their break-up – said they saw no signs of domestic abuse during two separate visits
• Talent agent Christian Carino said it was widely known that Depp lost his role in the Pirates Of The Caribbean franchise because of Heard’s allegations
• He also told the court he believed Heard wanted to reconcile with Depp after filing for a restraining order
• Top celebrity divorce lawyer Laura Wasser, who represented Depp, also gave a short testimony
• At one point, Depp was pictured sketching in a notepad during the morning’s session
• Catch up on what has been said so far in our live reporting of the trial as it happens

Wednesday’s court session started with recorded testimony from LAPD officer Tyler Hadden, one of the officers who was called out to Depp’s penthouse apartment on 21 May 2016 – the night Heard’s legal team say a mobile phone was thrown at the actress’s face in the days before she filed for divorce and then sought a restraining order.

The police officer said Heard seemed reluctant to talk to officers and showed no signs of having any injuries, but told the court he could see she had been crying and was red-faced. “Just because I see a female with pink cheeks and pink eyes doesn’t mean something happened,” he said.

Depp had already left the penthouse by the time officers arrived at the scene, and they told the court they had no idea who Heard was, or that she was married to the Pirates Of The Caribbean star.

William Gatlin, another officer who made a follow-up visit later that evening, again told the court he saw no injuries on Heard, acknowledging that his visit was brief and he got no closer than 10ft. He said his check on the scene was short as it appeared that the call was just a duplicate to the one Mr Hadden had responded to a couple of hours earlier.

Asked if he knew who Johnny Depp was, he replied “yes”. Asked if he was a fan, he responded: “I guess I liked a couple of his movies… I can’t remember the last movie I saw of his.”

The court was shown his bodycam footage of the call-out, although Heard could only be seen at a distance. 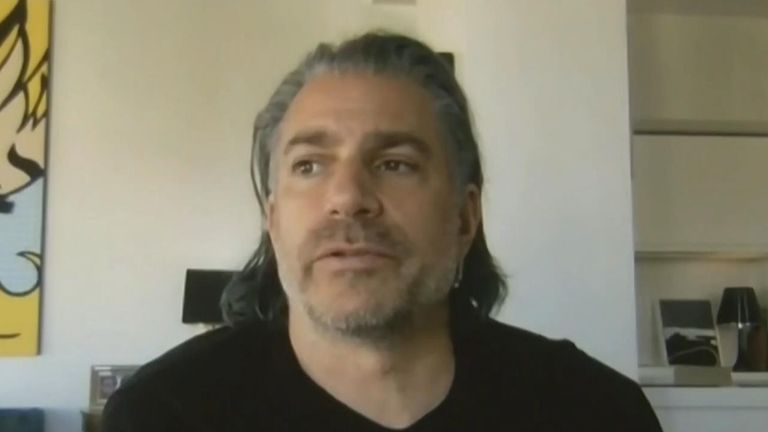 Christian Carino, a talent agent who represented both Depp and Heard, told the court how he was also friends with both during their relationship, and that both confided in him.

In his recorded testimony, he said he believes the abuse allegations against Depp are what caused Disney to drop him from the upcoming sixth Pirates Of The Caribbean film.

Asked if he was aware of problems caused by Depp drinking, taking drugs or being late to set while filming the fifth Pirates film in Australia in 2015, Mr Carino said: “I’m aware of him being tardy (late)… but he’s been tardy on everything in his entire life.” He said producers had learned to deal with this.

Mr Carino also told the jury that Heard had made attempts to reconcile with Depp, even after she filed for divorce and for the restraining order – once in 2016 and again in 2017.

He also testified briefly about Heard’s subsequent relationship with tech entrepreneur Elon Musk, the world’s richest man – who is set to testify during the trial. Heard texted Mr Carino in 2017 professing sadness about her break-up with Musk, to which Carino was surprised. “You told me a thousand times you were just filling space,” he responded.

Mr Carino told the court he no longer represents Depp or Heard and is no longer friends with either of them either, although said he bears them “no animosity”.

‘I don’t want to deal with this court case’ 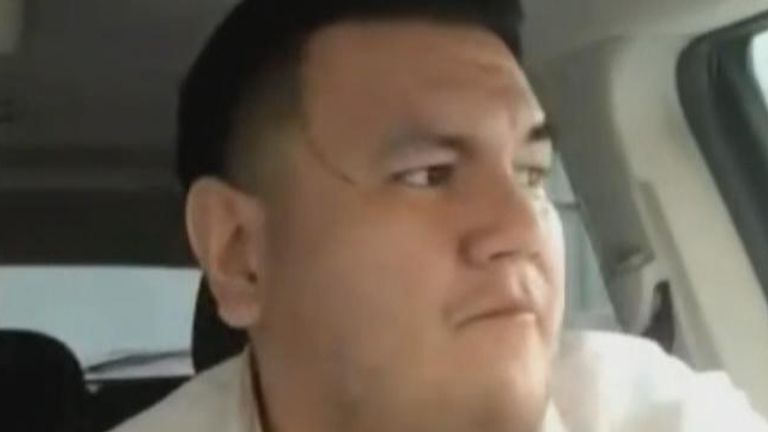 The pre-recorded evidence of Alejandro Romero, who worked at Johnny Depp’s penthouse building in LA, raised a few smiles in court.

He was not on shift on the night of 21 May 2016, but told the court he saw Heard at some point in the days afterwards. Given the time that has passed since then, he could not remember much, he said several times.

Questioned on whether he saw marks on Heard’s face in the days after 21 May 2016, Mr Romero said he always makes eye contact with people he is speaking to but isn’t necessarily looking “to find something like… oh, you’re make-up’s wrong… you’ve changed your eyebrow, or your eyelashes are not as even”.

“I’m not looking for anything… but if I see something I will probably remember it,” Mr Romero said.

Towards the end of questioning, Mr Romero began to drive the vehicle – much to the surprise of Judge Penney Azcarate and Heard’s lawyer Elaine Bredehoft.

“That was a first,” the judge said once the video had been switched off and the jury sent out. Ms Bredehoft described it as a “bizarre deposition”.

Depp is suing his ex-wife for $50m (£38.2m), over an opinion piece she wrote for the The Washington Post in 2018 which his lawyers say falsely implies he physically and sexually abused her.

The former couple started dating after meeting on the set of the 2011 film The Rum Diary and married in Los Angeles in February 2015.

Read more:
The UK trial against The Sun – what happened?
Why are Depp and Heard in court again?

Heard’s Washington Post article did not mention Depp by name but was titled: “I spoke up against sexual violence – and faced our culture’s wrath.” Depp has told the court that it is clear the article is about him and that he wants to clear his name.

The trial in Fairfax County, Virginia, is now in its third week and is scheduled to last six weeks in total, with a week’s break in May.

In the opening statements, the actor’s lawyers said his ex was preparing for “the performance of a lifetime” during the trial, while her legal team said the case would expose the “real” person behind the “fame” and “pirate costumes”.