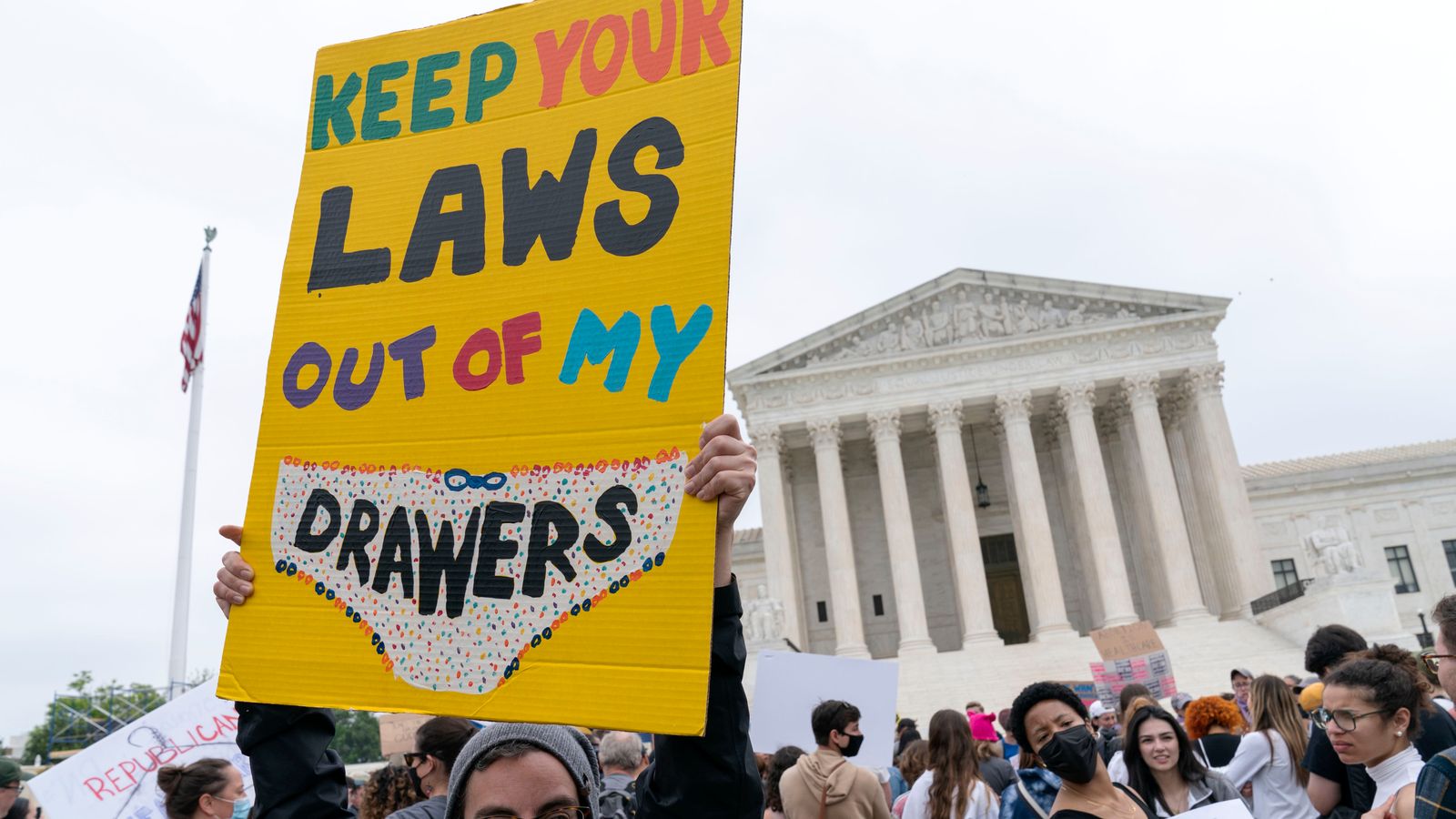 The governor of California has pledged to use the state’s record-breaking $300bn budget to “future proof” it against threatened national changes in abortion access and gun safety laws.

With the US Supreme Court poised to possibly overturn the Roe V Wade legislation that gives women a constitutional right to an abortion, Gavin Newsom pledged to do “everything we can” to ensure protection of women’s rights in his state.

Roe v Wade was the landmark case of a Texan woman, Norma McCorvey, who was referred to by the legal pseudonym of Jane Roe to protect her privacy, against the local district attorney Henry Wade.

She claimed the state’s abortion laws were unconstitutional – and won.

However, earlier this month a document was leaked that showed the right-leaning Supreme Court was on the verge of overturning the legislation.

In the US, individual states can pass legislation affirming that abortion is legal, but this almost always follows the political make-up of each state, since the issue of abortion is usually divided along party lines.

And last week, another attempt to protect abortion rights through Congress, with a federal (national) law failed.

The Democrat-led House of Representatives passed the bill, but it failed 49-51 in the upper, evenly-divided Senate chamber.

Explained:
What is Roe v Wade and how could abortion become illegal in many US states?

Mr Newsom, a first-term governor of the nation’s most populous state – and a potential Democratic presidential candidate – used his budget presentation on Friday to pledge to spend $125m to make it easier for women to get abortions in California, including for those from other states.

He warned that the “polarisation that persists in this nation” would impact everything from reproductive rights to gun policy and privacy protections across the country.

He said: “We are doing everything we can to future-proof California – with our values front and centre, values of inclusivity, regardless of your political stripes.”

‘California is in crisis,’ say critics

California’s projected $97.5bn budget surplus is unlike anything seen before at the state level and is fuelled by soaring tax revenue.

It is larger than the entire operating budgets of nearly every other state.

The unceasing flow of tax revenue prompted California Republicans – who don’t have enough numbers in the state Legislature to have much influence – to complain about high taxes reducing quality of life.

“He did not propose any permanent tax relief to deal with a worsening affordability crisis exacerbated by his policies,” said Republican Vince Fong, vice chair of the Assembly Budget Committee.

“The governor may not want to acknowledge it, but California is in crisis and his budget is unsustainable.”

Ukraine War: All eyes on the Donbas as Germany sends tanks to help Ukraine
Two more Tory MPs call for PM to quit over Sue Gray’s damning partygate report
‘I think about doing both’: Why Holly Holm is dreaming about boxing for the first time in years
Stellantis and Samsung SDI announce joint venture to build 33 GWh battery plant in US
World Bank warns of global recession due to war in Ukraine