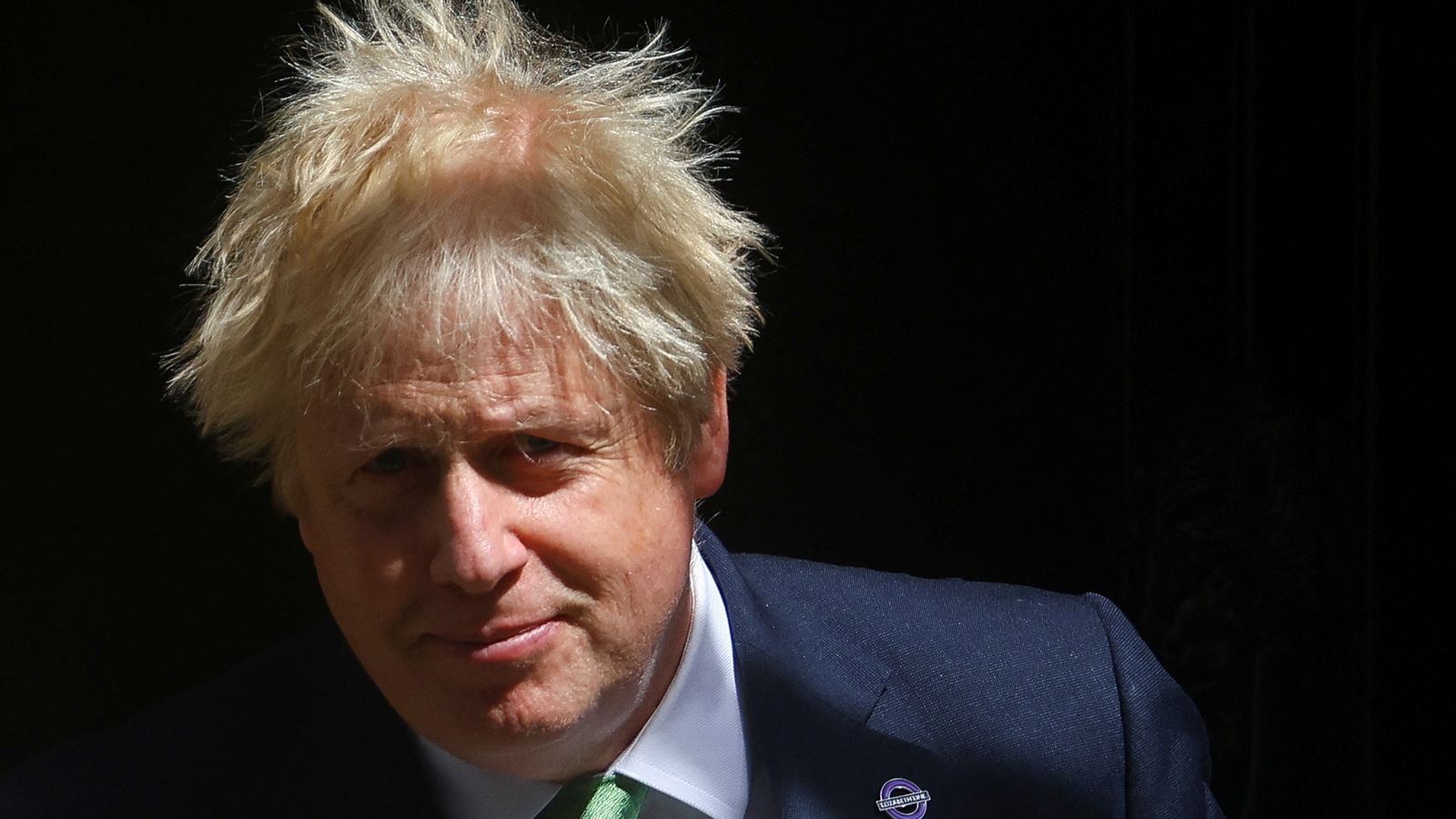 For five long months, the prime minister and his Number 10 team have been beset by the partygate scandal.

From the revelations of multiple rule-breaking events in Downing Street and Whitehall, to the public and political fury that prompted a Whitehall and then a police investigation – the PM will emerge from all of this today feeling hugely relieved.

You might find that puzzling, astonishing even. After all, the building that is the heart of government – the very place where the rules were made – has the dishonour of becoming the most fined workplace in the UK.

The Metropolitan Police, concluding its four-month-long investigation, issued 126 fines across eight different events – from that infamous “bring your own booze” garden party on 20 May, to the partying in Number 10 the night before Prince Philip’s funeral. No fewer than 83 government officials, politicians and advisors were fined by the police. Twenty-eight of them were repeat offenders, receiving two to five fines.

Read more: all you need to know about the Met’s partygate investigation

When I asked the Met’s acting deputy commissioner Helen Ball whether she was surprised at the number of fixed penalty notices issued, she said: “I think a number of people, members of the public have been both surprised and concerned about the outcome of our investigation.”

But crucially, the prime minister did not receive any more fines beyond the one he was issued for the surprised birthday gathering on 19 June, despite being at events where other people did.

It suggests that the Metropolitan Police believed his presence was “reasonably necessary” for work purposes, or perhaps Mr Johnson escaped more fines because the police classed Number 10 as his home.

But with serial rule-breaking found in government, Number 10 is certainly not outwardly celebrating the PM’s escape from further fines. One senior figure told me only that “the PM is grateful to the police for their work”.

Another political ally told me that this would undoubtedly be a weight off the prime minister’s mind. This one hurdle cleared, he now awaits the full publication of the report by senior civil servant Sue Gray.

Likely to be published next week, it was evidence uncovered by Sue Gray’s inquiry that prompted the criminal investigation into Downing Street and Whitehall in the first place. The interim findings were excoriating enough, but the full version is expected to be damning of the culture and conduct in Number 10.

“The fine issue is behind him, but now we have the Sue Gray report and I think that is going to be uncomfortable reading for many civil servants,” says one of the PM’s allies.

“The PM wasn’t in Downing Street for some of the more egregious breaches but this will undoubtedly be a difficult report to stomach, but he’ll be relishing the opportunity now to put this aside and get back onto the issues people care about.”

Many MPs have told their constituents that they were reserving judgement on Mr Johnson’s fate until the Met investigation concluded and the Sue Gray report was published. So next week, they will have to decide on whether to back the prime minister or not.

But allies and foes know too that escaping more fines will give the PM some breathing space. Those who were hovering over pushing the eject button on Boris Johnson now have a reason to put it off for a little longer yet.

“If a confidence vote isn’t triggered after the Sue Gray report’s release, in the short term I’m not sure what would persuade colleagues to trigger a vote”, one MP tells me.

But in the longer term, how might this whole business play out with the public. People were shocked and disappointed by the reports of rule-breaking in No 10. That 126 fines were issued proves they were right to be.

Even if Mr Johnson survives with his party, will the public forgive and forget? That is the killer question.

One of those MPs who believe he is irreparably damaged told me they believed the public had already made up their minds.

“This is not a policy mistake. If the public concludes the PM wasn’t telling the truth and don’t trust him, we are going to struggle to win back their support. So the question to colleagues is, do you want to go down with him?”

But for now, Mr Johnson’s very much surviving.