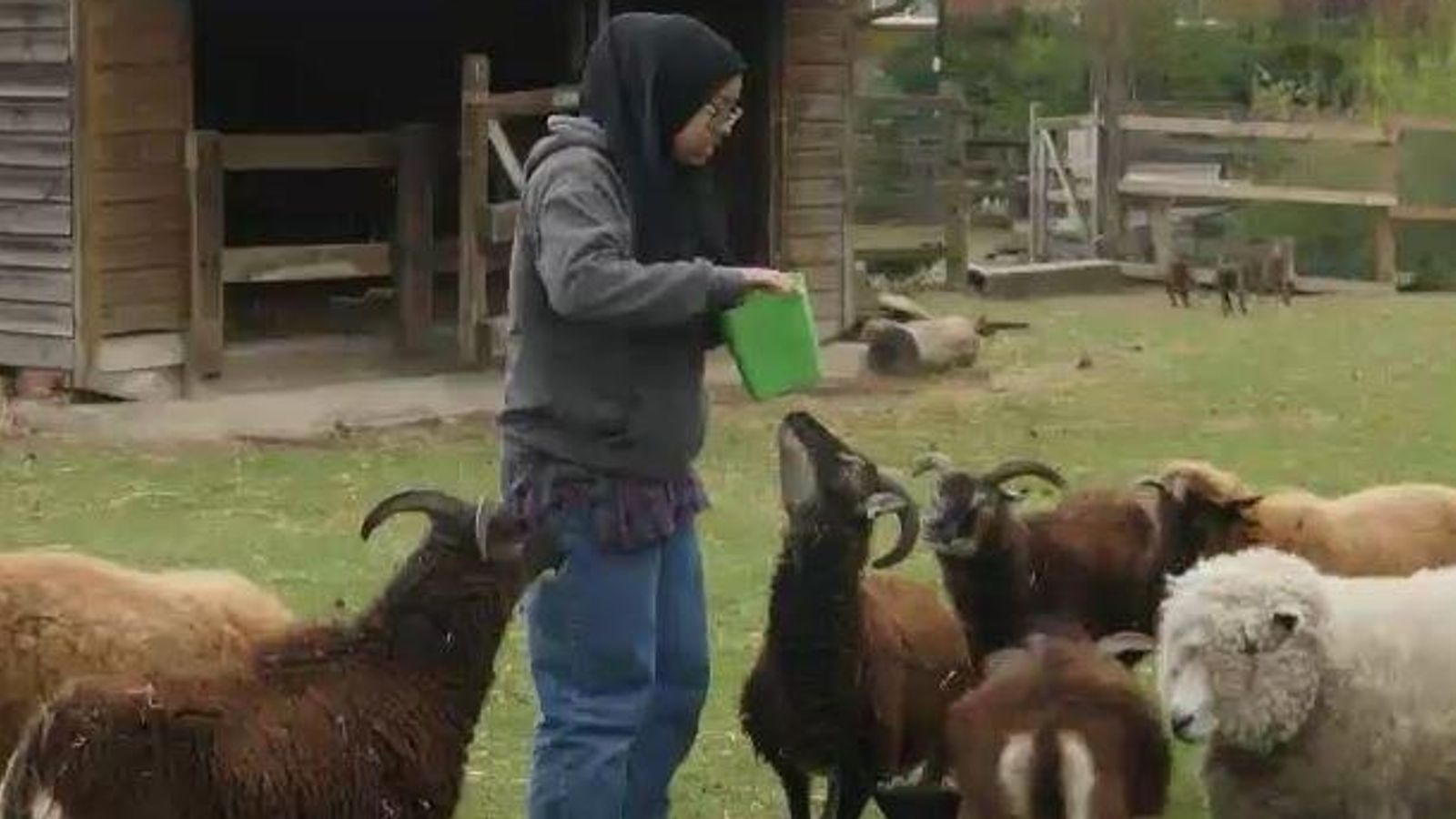 The RAU, one of the leading agricultural institutions in the UK, hopes the two undergraduate scholarships will increase diversity and equality in the industry – which is predominately made up of white workers.

Analysis by Sky News has found that 97.2% of workers in agricultural, forestry and fishing are white, excluding seasonal workers, making it the least diverse job sector in the country.

He said: “We definitely think there needs to be space for everyone to play a part in agriculture in the land-based sector.

“If we can educate more people, train more people from a broader range of backgrounds, then they’ll be more people available in the future who’ve got the skills and qualifications and interests to make a difference in that sector and jobs.

“It’s about reducing barriers, that might be financial barriers as well, to bring students into the RAU.

“I think we also know, let’s be realistic, that the land-based sector is a rural sector, and we also know nationally that ethnic minorities are more often in urban areas and that also plays a big role.”

There are some obvious reasons why farming is predominantly white.

Firstly, rural parts of the country are far less diverse.

Secondly, many farms tend to have been handed down through generations.

But there are some who believe that more should be done to ensure those from ethnic minorities view farming as an accessible job.

‘We need to break the mould’

Ped Asgarian, from the organisation Feeding Bristol, said: “We do need to break the mould of it being ultimately an old white man and a tractor working the field and that’s what a farmer is.

“I think in food and farming in particular, we have a very multicultural society now, and what we do need to see is a better diversity in the food we are producing and those people with the skills, knowledge, expertise, and many migrants, refugees, second generation as well as first generation.

“Those skills are being lost if they’re not being invested into our food and farming sector.”

‘I called myself a British Muslim farmer’

Sky News spoke to Muhsen Hassanin, a Muslim who 10 years ago left his life working in marketing in London to buy a farm deep in the Welsh Valleys.

He said: “It’s not really something that people from ethnic backgrounds look at because it’s a very, very closed group. Even just going to the auction house, for example – you don’t know what’s going on.

“I never saw myself as someone who’d bought land.

“It just dropped a few years later; I’ve got cows, I’ve got goats, geese, ducks, chickens, I’m farming, this is farming – so that’s when I called myself a British Muslim farmer at that point.”

Read more:
Farmers to be paid to look after soil
‘Soul-destroying’ impact of the pig crisis

Mr Hassanin supports the RAU’s decision to increase diversity at the university level, but says there should not be quotas.

He said: “It’s quite a closed industry because a lot of farming is family based. I don’t think there should be a quota to put diversity into it.

“I can speak for my community…they don’t want to do it. They’re lawyers, doctors, they’ve gone up in society, why am I going to go back to be a peasant farmer?”

At the City Farm in Stepney, young people from all backgrounds are given access to farm life.

Hannah Uddin told Sky News, she does not see farming as an inclusive profession.

She said: “I think it’s partly to do with not knowing that farming is an acceptable profession to go into and not knowing how to go into it. For a lot of people, it’s what people do in their home country.

“I think it’s very, very white-led and I think that needs to change as all professions it needs to be diverse between all types of race because we are a world of different races, therefore we should be diverse in our workplaces as well.”

Anan Yasin said she would definitely like to work in the industry.

She said: “I don’t think I’d be able to get in very easily. Especially at school, I don’t see it very accessible. We always have these workshops for future jobs and aspirations, and I never saw farming or anything to do with animals.”