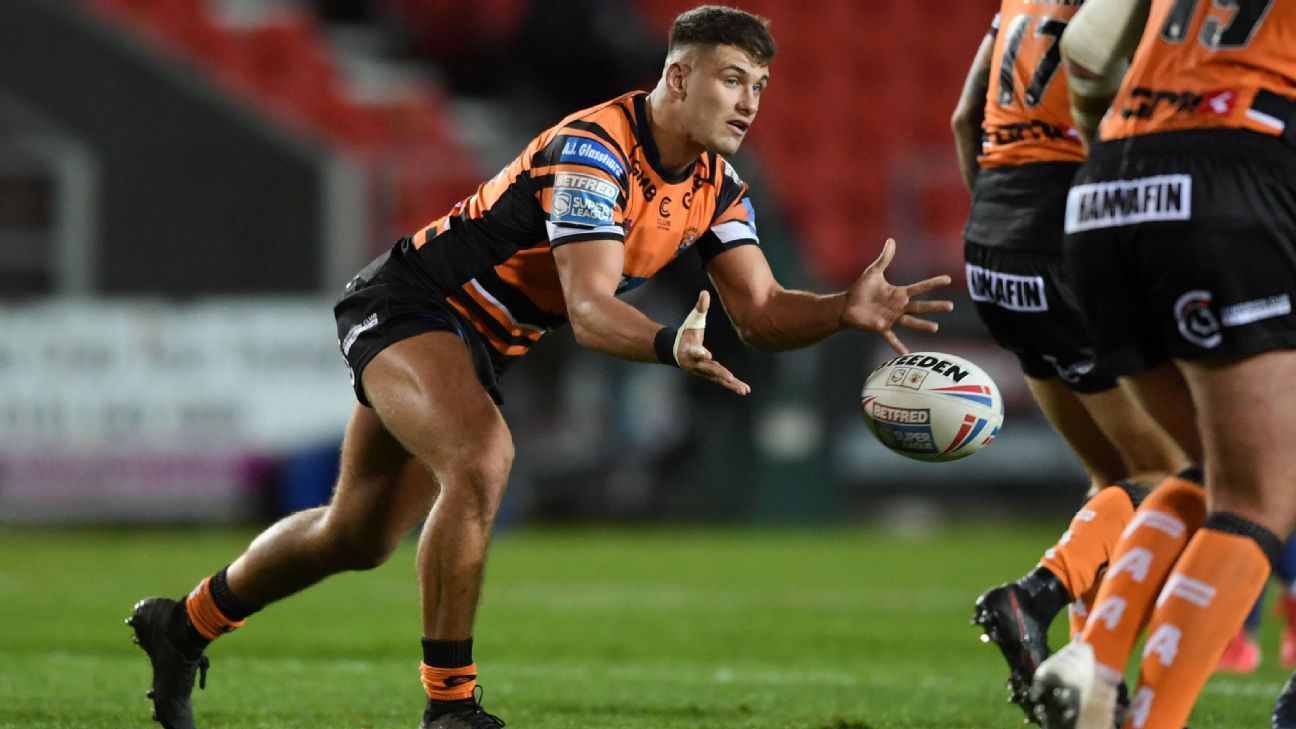 Castleford Tigers hooker Jacques O’Neill has been released from his contract in order to appear on ITV reality show Love Island.

O’Neill made his debut for the Super League club in 2019 and has played 29 time since, despite being hampered by a persistent hamstring injury which caused him to miss the 2021 Challenge Cup final. He was named in England Knights’ performance squad in 2021.

Tigers will have the first option to re-sign the 23-year-old if he decides to return to Rugby League next year.

“Castleford Tigers can confirm that the Club has agreed to release Jacques O’Neill from his contract to allow him to pursue another opportunity,” the club said in a statement.

“The Tigers have the first option to sign O’Neill back next year should he wish to return to rugby league.

“Known for a fearless attitude on the field by Castleford supporters, the Cumbrian born 23-year-old is a proud product of the Tigers’ youth system having come through both our Scholarship and Academy programmes before making his Super League debut.

“Castleford Tigers would like to wish Jacques well with his new opportunity and thank him for his efforts as a Tiger so far.”