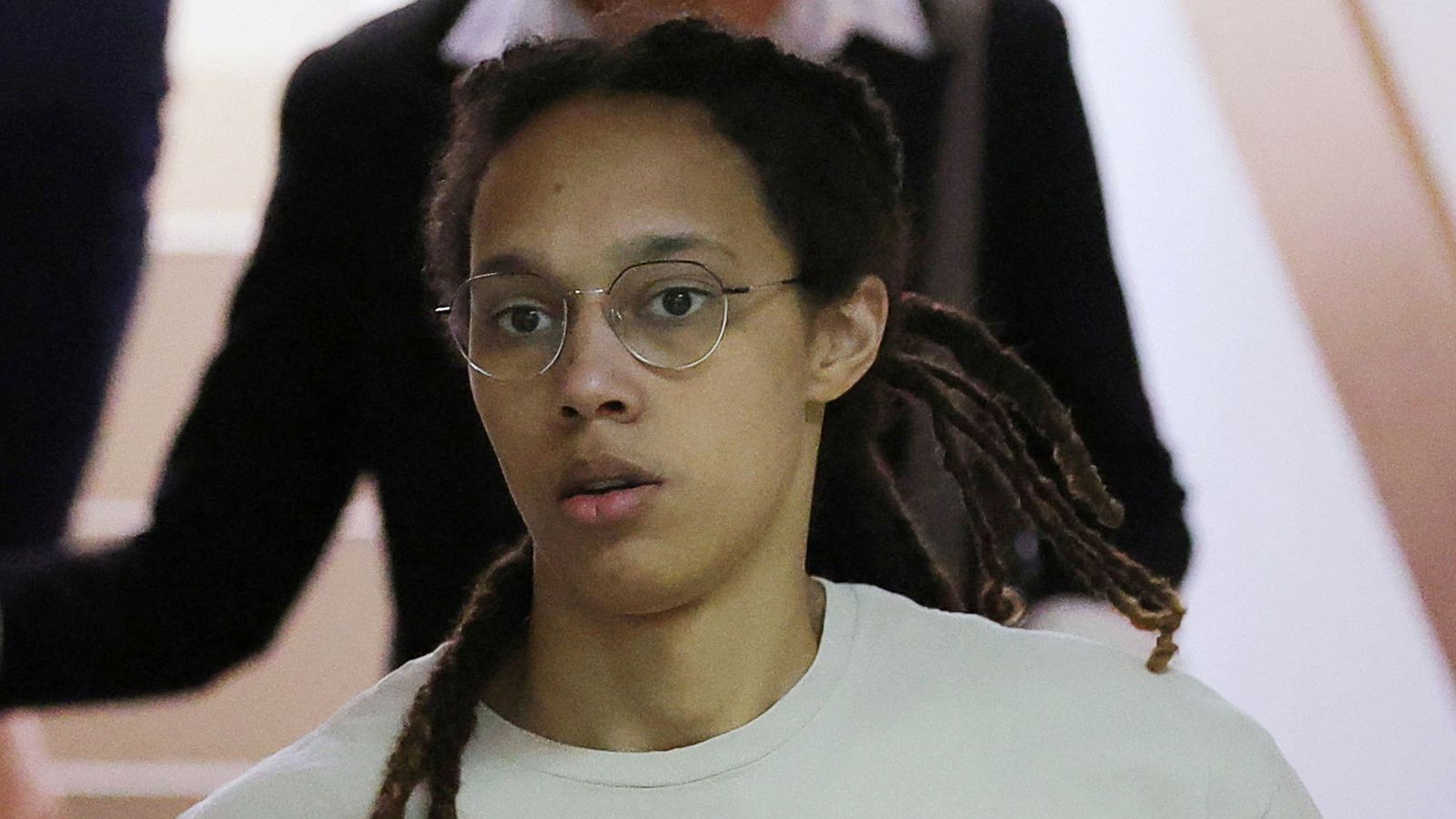 American basketball star Brittney Griner has told a US diplomat she is “keeping the faith” after appearing in a Russian court on cannabis possession charges.

US Charge d’Affaires Elizabeth Rood, who attended Friday’s court hearing in Khimki, outside Moscow, told reporters she had been able to speak to the WNBA player, who was “as well as can be expected”.

The 31-year-old was arrested at Moscow’s Sheremetyevo Airport in February while travelling to play for a Russian team.

Police said she was carrying vape canisters with cannabis oil.

The Phoenix Mercury star and two-time US Olympic gold medallist could face up to 10 years in prison if convicted of large-scale transportation of drugs.

Griner’s supporters have encouraged a prisoner swap like the one in April that sent home marine veteran Trevor Reed in exchange for a Russian pilot convicted of drug-trafficking conspiracy.

He is serving a 25-year sentence for conspiracy to kill US citizens and providing aid to a terrorist organisation.

However, the vast difference between Griner’s alleged drugs charges – and Bout’s global dealings in deadly weapons – could make such a swap unlikely.

In addition, the athlete’s detention comes at an extraordinarily low point in relations between the two countries amid the war in Ukraine.

Russia’s invasion has led to sweeping sanctions imposed by Washington, while Moscow has denounced the US for sending weapons to Ukraine.

Griner’s wife, Cherelle, has urged US President Joe Biden to secure her release, calling her “a political pawn”.

Kremlin spokesman Dmitry Peskov on Friday denied politics had anything to do with the sportswoman’s detention and prosecution.

“The facts are that the famous athlete was detained in possession of prohibited medication containing narcotic substances,” he told reporters.

“In view of what I’ve said, it can’t be politically motivated,” he added.