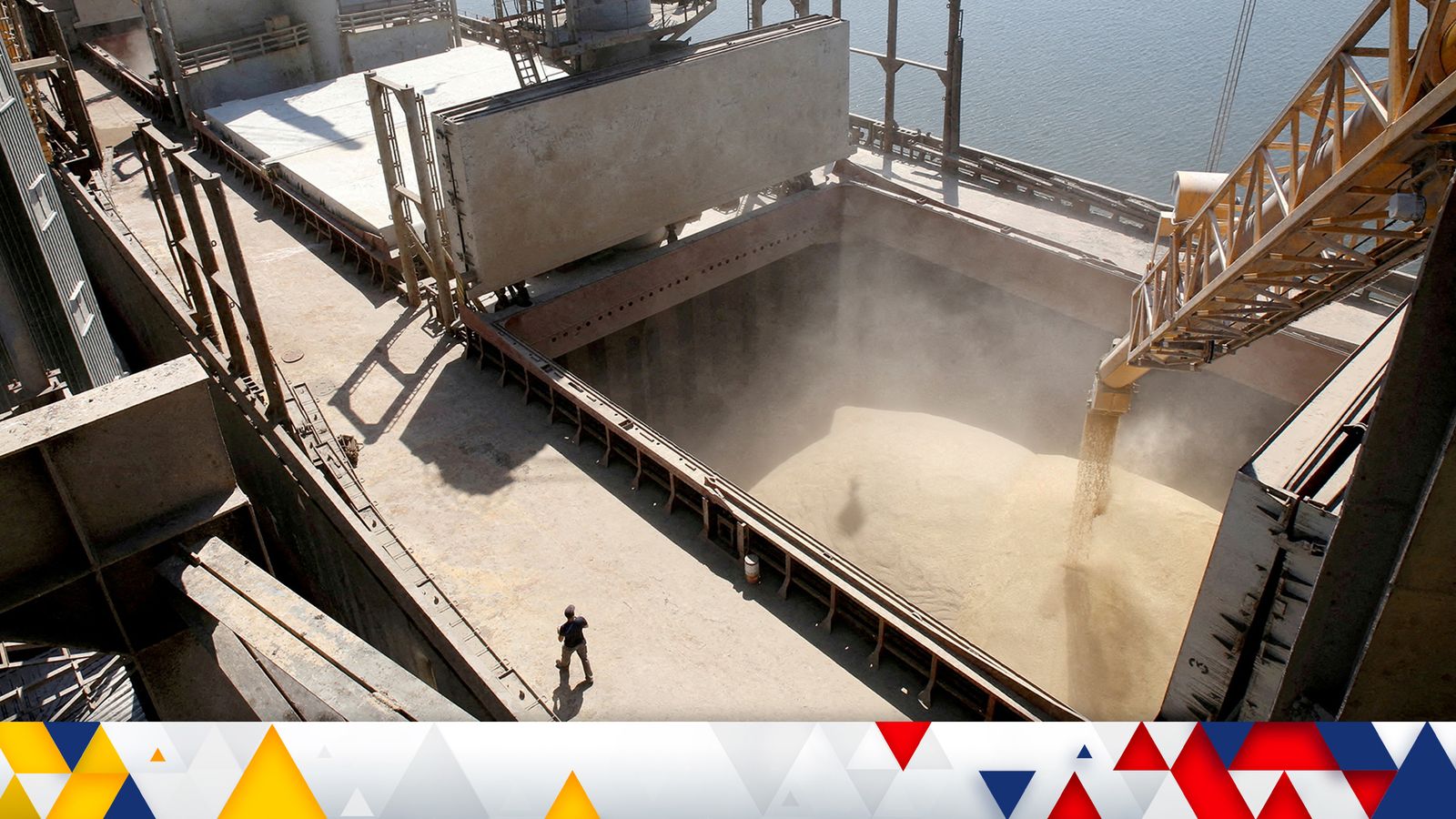 Russia and Ukraine have signed a landmark deal allowing grain exports to resume from Black Sea ports after they were blockaded by Vladimir Putin’s forces.

Russian and Ukrainian representatives declined to sit at the same table at the ceremony, and the display of the two countries’ flags was adjusted so that they were no longer next to one another.

The deal, which was also signed by the UN and Turkey at the ceremony in Istanbul, raises hopes that an international food crisis aggravated by the Russian invasion can be eased.

The blockade by Russia’s Black Sea fleet since it invaded its neighbour has cut off supplies to markets around the world and sent grain prices soaring.

Many people in the world’s poorest regions rely on shipments from the Black Sea for food, and it’s feared the spiralling cost is fuelling a hunger crisis.

UN Secretary General Antonio Guterres called on Russia and Ukraine to fully implement the accord which opens the way to “significant volumes of commercial food exports” from three key Ukrainian ports – Odesa, Chornomorsk and Yuzhne.

Mr Guterres said the deal will benefit developing countries “on the edge of bankruptcy and the most vulnerable people on the edge of famine”.

Turkey’s President Recep Tayyip Erdogan says the deal will ease global food inflation, as the war has affected “the whole of humanity”.

He added that the deal’s implementation will be run by a joint co-ordination centre in Istanbul.

If you’re an optimist, this agreement is an extraordinary piece of diplomacy which should help ease hunger in some of the most impoverished places in the world.

But if you are a pessimist, the ink on this document may not be worth much in practice – Ukraine and Russia are still locked in an ugly fratricidal war where enmity and suspicion of motives know no bounds.

For the moment, the glass half full brigade probably has it.

Here is a breakdown of the landmark deal:

• Objective – the deal aims to help avert famine by injecting more wheat, sunflower oil, fertilizer and other products into world markets
• Time frame – the deal is valid for 120 days and the United Nations expects it to be renewed unless the war has ended by then
• Safe passage – the deal ensures safe passage in and out of Odesa and two other Ukrainian ports in what the official called a “de facto ceasefire” for the ships and facilities covered
• Joint co-ordination centre (JCC) – The JCC in Istanbul will monitor all ship movements and inspections, and decide whether a vessel detracts from agreed channels in the Black Sea
• Inspections – In response to Russian concerns about ships delivering weapons to Ukraine, all returning ships will be inspected at a Turkish port
• Insurance – To allay concerns of ship insurers, the United Nations spent more than two months negotiating with the sector to ensure the plan was commercially viable

UK Foreign Secretary Liz Truss said: “It is vital that Ukrainian grain reaches international food markets, and we applaud Turkey and the UN Secretary General for their efforts to broker this agreement.

“The UK and our allies have been pushing hard to reach this point. Now this agreement must be implemented, and we will be watching to ensure Russia’s actions match its words.”

Robert Mardini, director general of the International Committee of the Red Cross, said the deal is “life saving” for families struggling to feed their families.

Mr Mardini added: “Nowhere are the consequences felt harder than in communities already impacted by armed conflict and climate shocks.”

Moscow has denied responsibility for worsening the international food crisis, instead blaming Western sanctions for slowing its own food and fertiliser exports and Ukraine for mining its Black Sea ports.

US State Department spokesperson Ned Price said Washington DC would focus on holding Moscow accountable for carrying out the agreement.

‘It’s not for us to decide:’ US official refuses to be drawn on Biden’s plea to Putin on Ukraine pullout
Honda just secured enough battery capacity to put 1 million EVs on the road
Former Theranos COO Sunny Balwani sentenced to nearly 13 years in prison
Cramer talks about some hot industrial stocks, and how we’re playing Wall Street’s pivot from tech
Los Angeles bans new oil wells, will shut old ones down by 2042