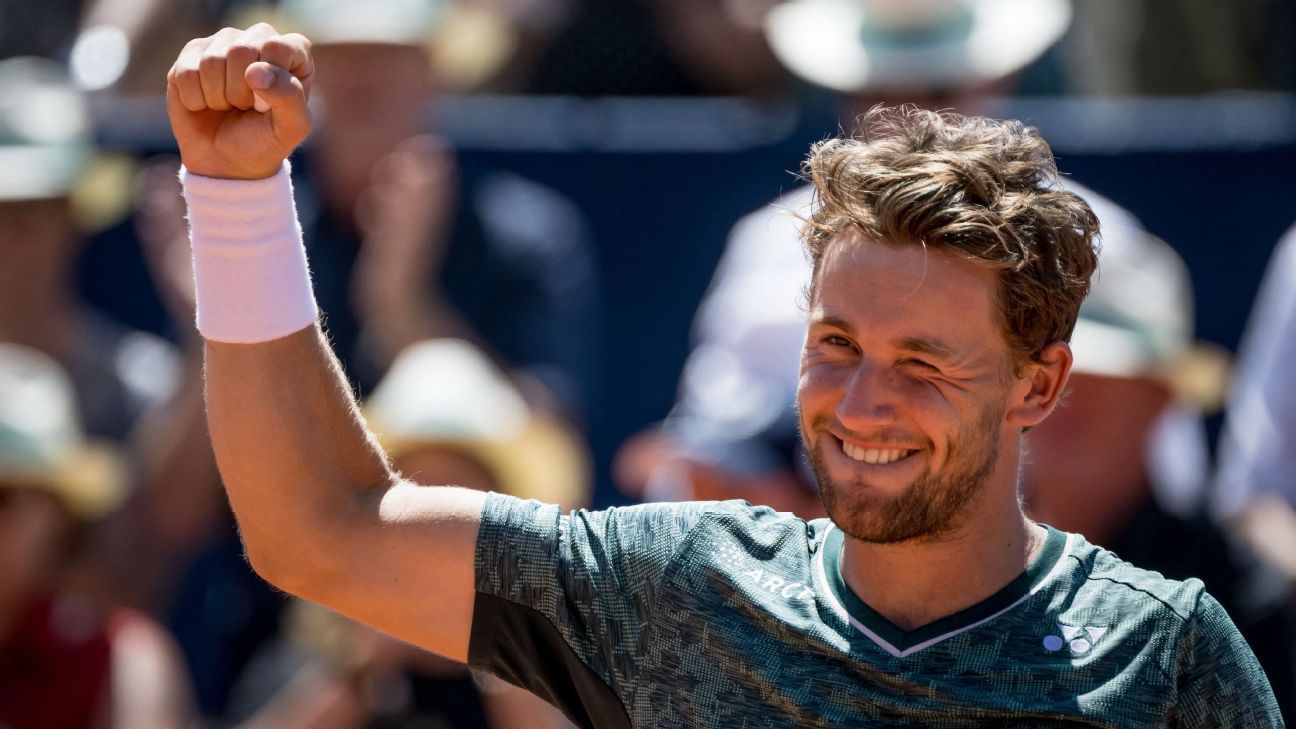 Casper Ruud retained the Swiss Open title in Gstaad on Sunday, but had to battle back from a set down to overcome Italy’s Matteo Berrettini.

Berrettini, the Swiss Open champion in 2018, took the opener 6-4 with a single break of serve in the fifth game and had the advantage early on in a second set tiebreak before Ruud, the French Open runner-up, eventually won it 7-4 and levelled the match.

The Norwegian top seed then took control in the decider with a five-game run and served out to complete a 4-6, 7-6(4), 6-2 victory after two hours and 36 minutes on court.

It was Ruud’s ninth career title and third of the year, following his successes on clay in Geneva and Buenos Aires earlier in the year.

Berrettini was also going for a third title of 2022, after winning twice on grass in Stuttgart and Queen’s in London.