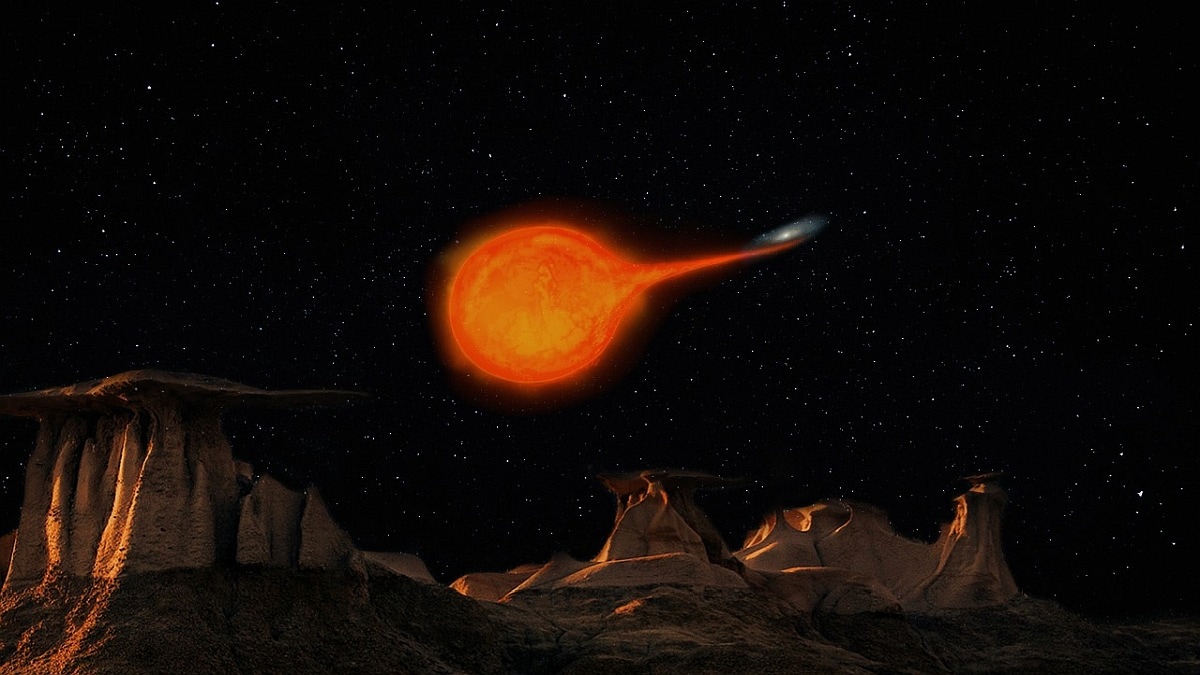 Researchers have suggested a new way to detect planets that orbit around dead stars known as Cataclysmic Variables (CVs), which are essentially binary star systems that have two stars in extreme proximity to each other. The lack of distance between them leads to one star drawing material from the other, thereby dimming the second star. The researchers measured the changes in the brightness of four CVs — LU Camelopardalis, QZ Serpentis, V1007 Herculis, and BK Lyncis — as part of the study.

Now, if there is a third entity – a planet, for instance – in the vicinity, it can affect the transfer of material from the donor to the primary star due to its gravitational force. This, in turn, can affect the system’s brightness a new study has found.

The study published in the Monthly Notices of the Royal Astronomical Society (MNRAS) is titled: “Testing the third-body hypothesis in the cataclysmic variables LU Camelopardalis, QZ Serpentis, V1007 Herculis, and BK Lyncis.”

The peer reviewed study has been led by Dr. Carlos Chavez from the Universidad Autónoma De Nuevo León in Mexico. Dr Chavez and his team have examined CVs in the study – LU Camelopardalis, QZ Serpentis, V1007 Herculis, and BK Lyncis.

As per the team, two of the four CVs they studied have “bodies resembling planets” orbiting them.

“Our work has proven that a third body can perturb a cataclysmic variable in such a way that can induce changes in brightness in the system. These perturbations can explain both the very long periods that have been observed — between 42 and 265 days — and the amplitude of those changes in brightness,” Dr Chavez said.

The study, the team said, has yielded a promising new technique for finding planets in orbit around Cataclysmic Variables.