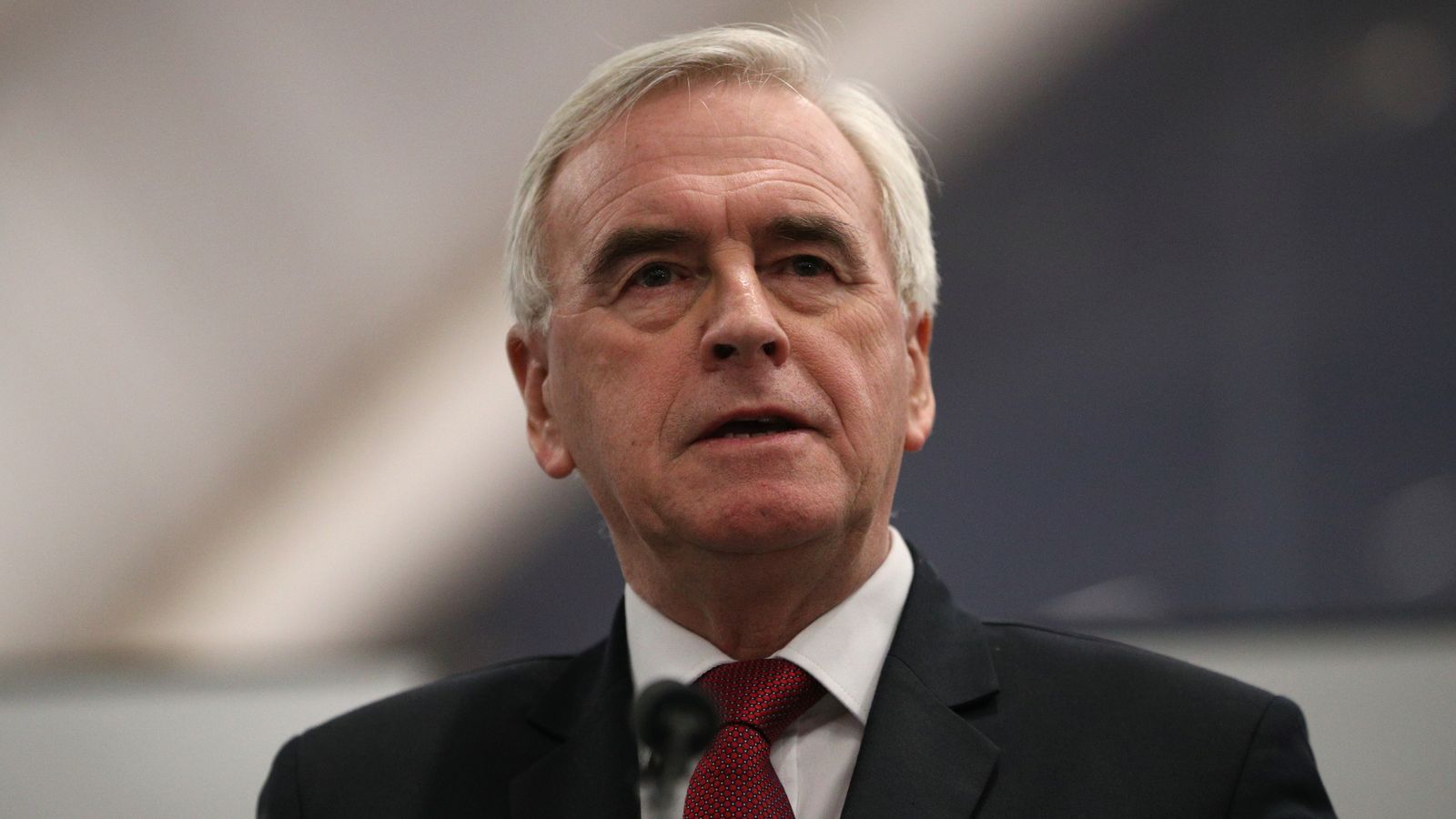 Senior Labour MP John McDonnell says he supports a general strike and criticised Sir Keir Starmer for sacking a junior minister after he stood on the picket line during yesterday’s rail strike.

Mr McDonnell, who was shadow chancellor under Jeremy Corbyn, told Sky News the Labour Party should be supporting the strikes as rail workers call for a pay rise in line with inflation.

He told Sky News that Labour leader Sir Keir has “misread the public mood” by failing to have specific targets on what workers should be paid and questioned who is advising him.

The Labour stalwart also said the party should be supporting the strikes and there should be a general strike if no progress is made.

The last time a general strike – where workers of different industries coordinate strike action – took place was in 1926 and was the only one that has ever taken place in the UK.

Mr McDonnell told Sky News’ Kay Burley: “I support coordinated action because if that results in a decent pay rise for people that protect against the cost of living crisis, I think that’s the most effective thing to do.

“But this is completely unnecessary, what it needs is the government to recognise you can’t expect people to have to stand to one side when their wages have been cut.”

There have already been, or will be, strikes by Post Office workers, rail, tram and bus workers, bin lorry workers, airline and BT Broadband staff this summer.

Simon Weller, assistant general secretary of the ASLEF union, said they have not discussed coordinated action but predicted it would be a “summer of solidarity” by workers.

‘I’m not defying anybody’, says Tarry from the picket line


Mr McDonnell also said he supported Sam Tarry, who is Labour deputy leader Angela Rayner’s partner, after he was sacked from his junior transport minister position on Wednesday after he appeared on the picket line at Euston Station and said workers should be getting a pay rise in line with inflation, which is set to rise to above 11%.

The Labour Party said Mr Tarry was sacked for doing broadcast interviews, including with Sky News, from the picket line and is understood to have been told it was because he said it was “not acceptable to offer below inflation pay rises” as it would be a real-terms pay cut for workers.

Labour’s official position has been to call for ministers and unions to negotiate terms. They had also said ministers should not join picket lines.

Some in the party believe Mr Tarry was goading Sir Keir into sacking him to help him fight a deselection battle.

Wards in Tarry’s Ilford South constituency unanimously voted for a full reselection, meaning he is likely to lose his seat.

Mr Tarry won the east London seat in 2019 after local council leader Jas Athwal, who was also going to run, was suspended from the party just before the vote over allegations of inappropriate behaviour.

Mr Athwal was subsequently cleared after an almost year-long internal investigation but has spoken of how it badly affected him.

Life is ‘relatively normal’ now, Rushdie said two weeks before stabbing
Blumhouse’s ‘The Black Phone’ shows that horror, and original storytelling have a place at the box office
Hear John Dean’s reaction to Trump’s Watergate comparison
Beaten, tortured and in hiding: British Army Afghan interpreter’s year on the run from the Taliban
Revealed: The breadcrumb trail that identified the IS ‘Beatles’