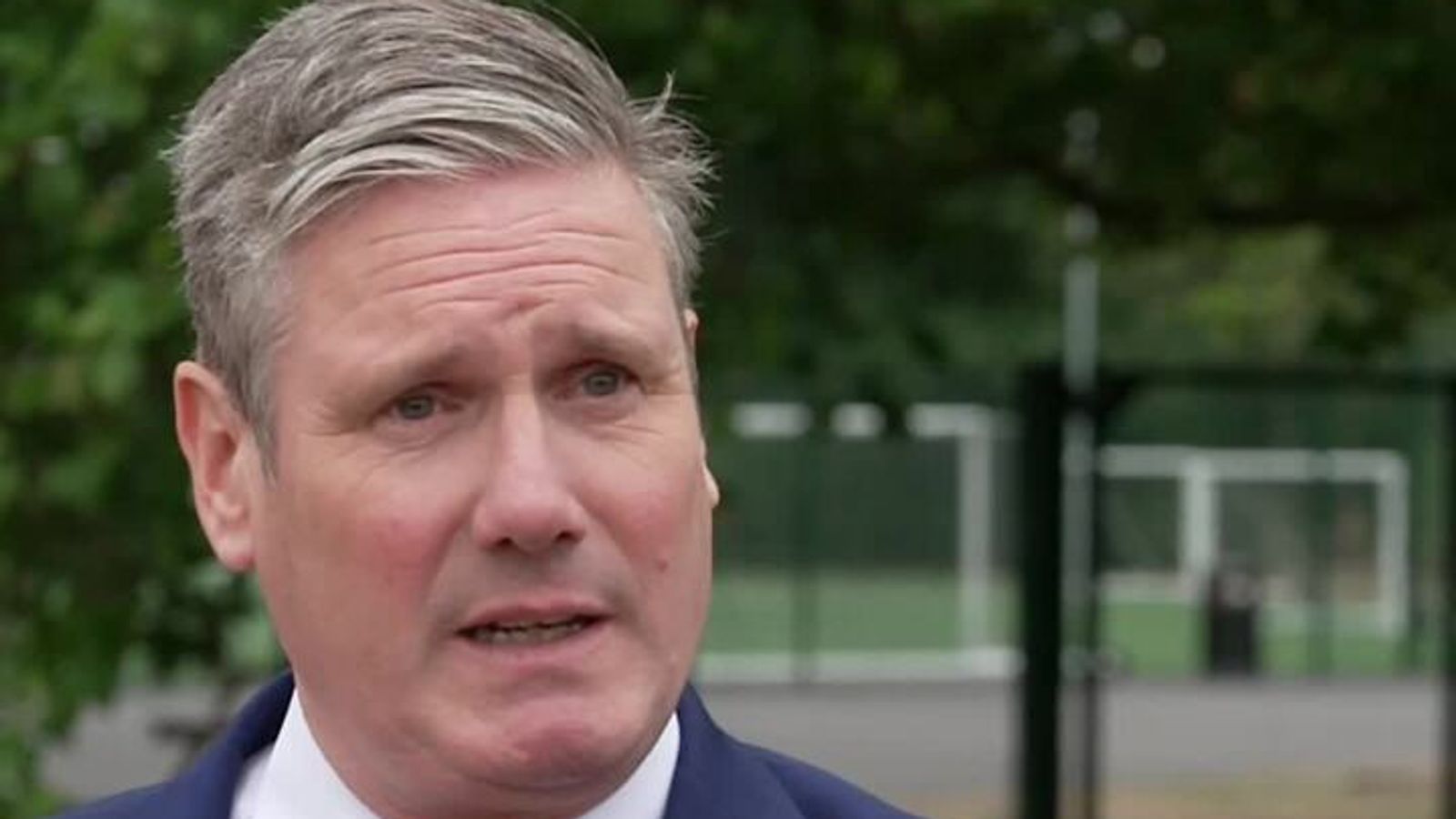 Labour leader Sir Keir Starmer has said one of his shadow ministers was sacked yesterday for making up policy “on the hoof” as he stood on a picket line during rail strikes.

Sam Tarry was dismissed from his role as a junior shadow transport minister after he disobeyed orders for frontbench Labour MPs to not appear on picket lines during Wednesday’s rail strike.

He told Sky News workers should be offered pay rises in line with inflation – however Labour’s position is that pay negotiations are for unions and ministers.

Speaking for the first time since he was sacked, Sir Keir explained: “Sam Tarry was sacked because he booked himself onto media programmes without permission and then made up policy on the hoof.

“That can’t be tolerated in any organisation because we have got collective responsibility, so that was relatively straightforward.”

“Of course, as far as the industrial action is concerned, I completely understand the frustration of so many working people who have seen the prices go up, have seen inflation through the roof and their wages haven’t gone up.

“So the Labour Party will always be on the side of working people but we need collective responsibility as any organisation does.”

Some in the party believe Mr Tarry was goading Sir Keir into sacking him to help him fight a deselection battle.


Wards in Tarry’s Ilford South constituency unanimously voted for a full reselection, meaning he is likely to lose his seat.

Mr Tarry won the east London seat in 2019 after local council leader Jas Athwal, who was also going to run, was suspended from the party just before the vote over allegations of inappropriate behaviour.

Mr Athwal was subsequently cleared after an almost year-long internal investigation but has spoken of how it badly affected him.

‘Hold on a second’: CNN anchor presses GOP lawmaker on comparing Trump to Clinton
3 takeaways from the Investing Club’s ‘Morning Meeting’ on Friday
‘We can’t tolerate being bullied or hoodwinked’ – Fresh transport strikes set to cause more travel chaos
Cloud stocks are rallying after a punishing start to the year as 2022 outlook brightens
Anne Heche in ICU after car she was driving crashes into home