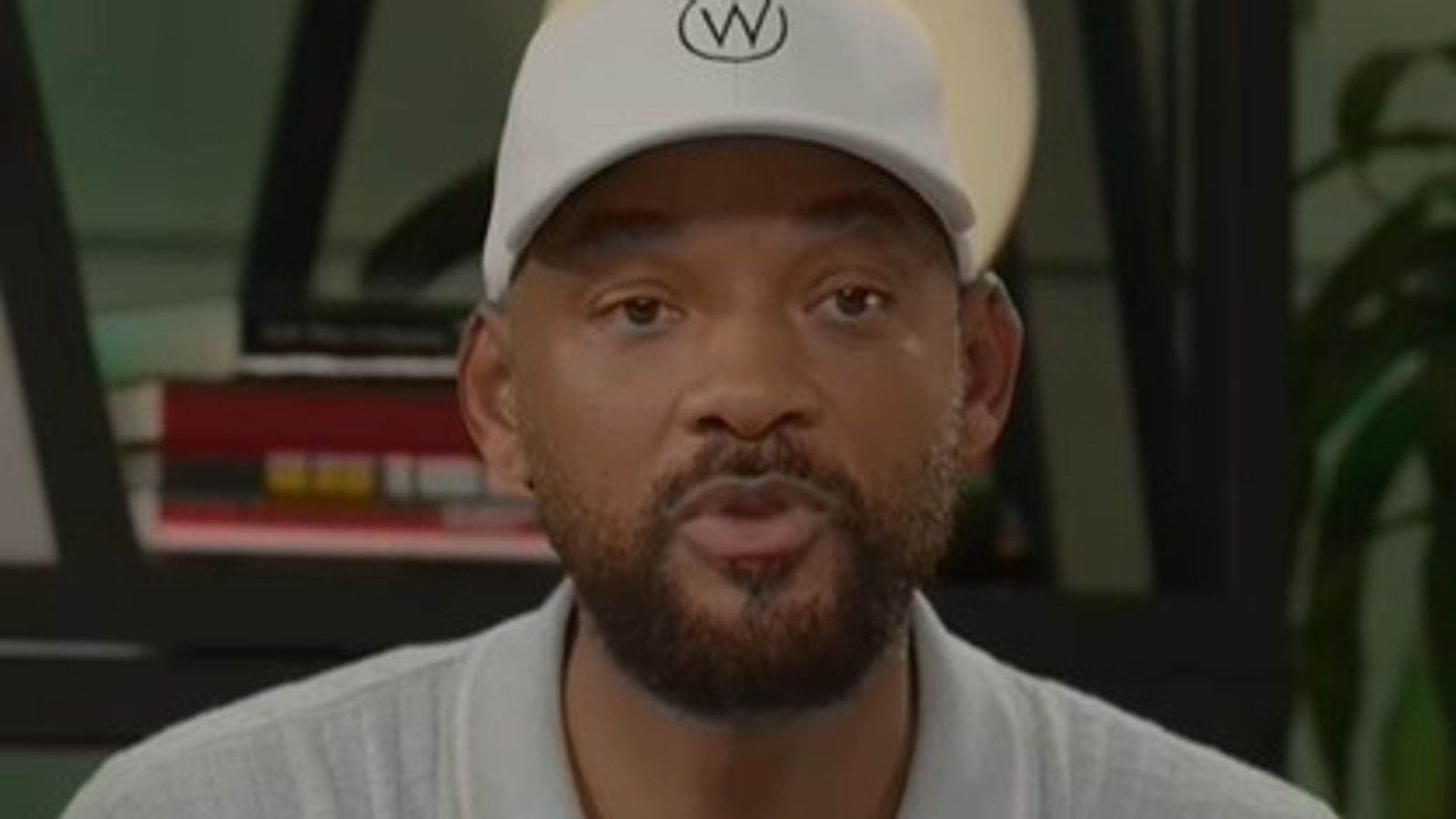 Will Smith has apologised to Chris Rock over his infamous Oscars slap – in his first in-person statement about the incident.

In a reel released on his Instagram account, the actor said he had been “doing a lot of thinking and personal work” since the Oscars and was “trying not to think of myself as a piece of s***”.

He said: “Chris, I apologise to you. My behaviour was unacceptable. And I’m here whenever you’re ready to talk.”

Smith admitted he had been in touch with Rock personally, but that a message had come back to say he was “not ready to talk”.

He also apologised to Chris Rock’s family, particularly his mother, who Smith said he had seen being interviewed about the moment.

He added: “You know, I wasn’t thinking about how many people got hurt in that moment? So I want to apologise to Chris’s mother.”

Sitting alone in a chair, he responds to questions from fans and followers, telling them: “You have asked a lot of fair questions.”

The first wanted to know why Smith did not say sorry to Chris Rock at the time, to which he responded he was “fogged out”.

“It’s all fuzzy,” he added, “but I can say to all of you, there is no part of me that thinks that was the right way to behave in that moment.

“There’s no part of me that thinks that’s the optimal way to handle a feeling of disrespect or insults.”

‘Ugliest Oscar moment ever’: Celebrities react to Will Smith slap

During the Oscars ceremony in Los Angeles in March, Smith walked on to the stage and slapped Rock, who had made a joke at the expense of the actor’s wife, actress Jada Pinkett Smith, as he was about to present an award.

Smith returned to his seat and shouted twice: “Keep my wife’s name out of your f****** mouth.”

Rock’s joke had made a reference to the 1997 film GI Jane, in which actress Demi Moore shaved her head. It is still unclear whether the comedian was aware that Pinkett Smith has alopecia, an autoimmune condition that causes hair loss, when he made the remark.

In his reel, he acknowledged his actions had stolen a huge moment from fellow nominees too.

Smith had, at the time, been presenting the Academy Award for best documentary feature to musician and filmmaker Ahmir ‘Questlove’ Thompson for Summer of Soul.

And Smith said he can “still see the look in Questlove’s eyes”.

He added: “To all my fellow nominees…. it really breaks my heart to have stolen and tarnished your moment. I can still see Questlove’s eyes. ‘I’m sorry,’ really isn’t sufficient.”

The same evening, Smith accepted the Oscar for Best Actor in King Richard.

In closing his apology, Smith added: “I’m human. And I made a mistake and I’m trying not to think of myself as a piece of s***.

“I know it was confusing. I know it was shocking, but I promise you, I am deeply devoted and committed to putting light and love and joy into the world.

“And, you know. If you hang on, I promise we’ll be able to be friends again.”