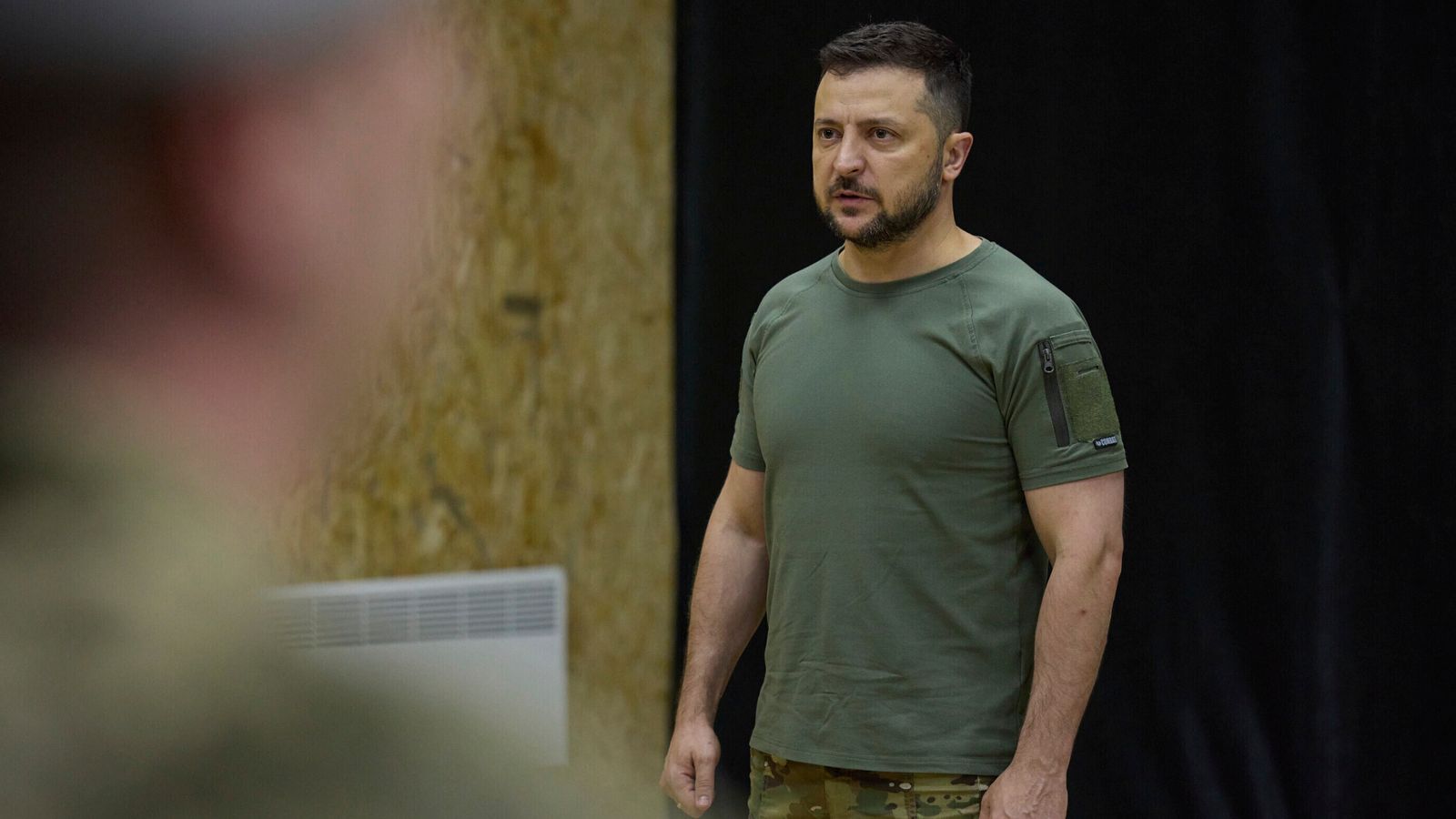 Ukraine’s president has announced a mandatory evacuation of people in the Donetsk region, amid fierce fighting with Russia.

In his nightly address, Volodymyr Zelenskyy said hundreds of thousands of people still in combat zones in the larger Donbas region also needed to leave.

Mr Zelenskyy said the sooner people leave “the fewer people the Russian army will have time to kill”.

He said: “Full support, full assistance – both logistical and payments. We only need a decision from the people themselves, who have not yet made it for themselves. Go, we will help”.

The president added that hundreds of thousands of people still in combat zones in the larger Donbas region needed to leave.

Donetsk has seen fierce fighting in recent days, particularly in the eastern town of Bakhmut, which is the focus of the Russian offensive in the Donbas.

The announcement comes amid continued attacks within the region, including one on a prison in Olenivkain, in the Russian-controlled Donetsk region.

Officials from Russia and the separatist authorities in Donetsk said the attack killed 53 Ukrainian prisoners of war and wounded 75.

Ukraine accused Russia of deliberately shelling the prison to cover up torture and executions there. Russia blamed Ukraine for the attack.

South of Bakhmut, Ukraine’s military said Russian forces had been “partially successful” in establishing control over the settlement of Semyhirya by storming it from three directions.

Despite attacks in the Donbas region, defence and intelligence officials from Britain have portrayed Russian forces as struggling to maintain momentum in the war.

The UK’s ministry of defence said on Saturday that the Kremlin is growing “desperate”, adding that it has lost tens of thousands of soldiers.

Chief of Britain’s MI6 foreign intelligence agency, Richard Moore also said Russia was “running out of steam” in its assault on Ukraine.

In southern Ukraine in the Kherson region, the Ukrainian military said it has killed scores of Russian soldiers and destroyed two ammunition dumps.

The military’s southern command said more than 100 Russian soldiers and seven tanks had been destroyed in fighting on Friday.

“The Ukrainian army is pouring it on against the Russians and this is only the beginning,” the first deputy head of the Kherson regional council, Yuri Sobolevsky wrote on the Telegram app.

Rail traffic to Kherson over the Dnipro River has also been cut, the military’s southern command said, potentially further isolating Russian forces west of the river from supplies in occupied Crimea and the east.

Internet providers urged to offer ‘social tariffs’ to cut bills for lower-income households
Revealed: The breadcrumb trail that identified the IS ‘Beatles’
Government ‘asleep at the wheel’ as Ofgem director quits over energy price cap change
Pioneer CEO says the oil company will keep returning most of its cash flow to investors
Researchers Propose New Method to Find Planets Beyond Our Solar System