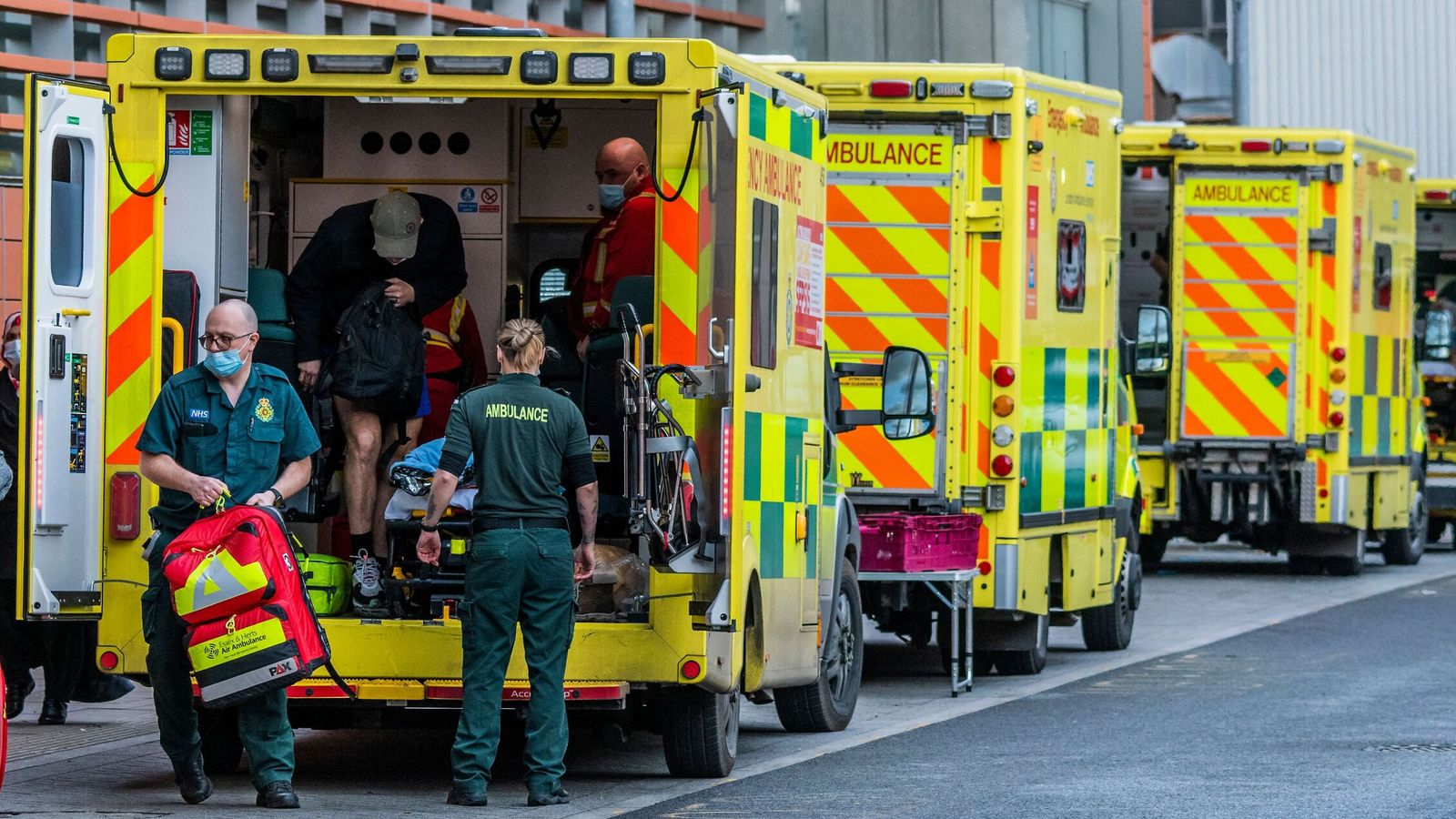 Ambulances took almost an hour on average to respond to emergency calls in England last month, the latest NHS data has revealed.

People were left waiting an average of 59 minutes and seven seconds for an ambulance to arrive for the likes of strokes, epilepsy and burns.

The waiting time is up from June, when it was 51 minutes and 38 seconds, and is well above the target of 18 minutes.

It is also just short of the longest response time on record for this category of incidents, which is one hour, one minute and five seconds, set in March.

For the most urgent incidents, such as life-threatening illnesses or injuries, ambulances took an average of nine minutes and 35 seconds to respond – the joint longest average response time since records began in 2017.

The target is seven minutes.

Response times for urgent calls, such as late stages of labour, non-severe burns and diabetes, averaged three hours, 17 minutes and six seconds – up from two hours, 53 minutes and 54 seconds in June.

Have hospital treatments been affected?

Routine hospital treatments have also suffered from severe delays, with the number of people waiting for them to begin in England rising to a new record high.

A total of 6.7 million people were waiting to start treatment at the end of June – up from 6.6 million in May and the highest number since records began in August 2007.

NHS England and the government have been aiming to eliminate all waits of 52 weeks or longer by March 2025.

How long have A&E waiting times been?

In emergency departments, 29,317 people had to wait more than 12 hours between the decision to admit them and actually being admitted to hospital.

The number waiting at least four hours from the decision to admit to admission stood at 136,221 in July, up from 130,109 the previous month but slightly below the record 136,298 in March.

July also saw the worst performance on record for the number of patients seen within four hours at A&E, with 71% of people attended to within the time frame.

For context, the operational standard is that at least 95% of A&E patients are admitted, transferred or discharged within four hours, but this has not been met nationally since 2015.

What about cancer referrals?

The latest figures also revealed 29,093 urgent cancer referrals were made by GPs in England in June, which was down from 242,691 referrals in May.

The proportion of patients in England seeing a specialist within two weeks in June was 78%, down from 83% in May, while 70% of patients urgently referred for suspected cancer were diagnosed or had cancer ruled out within 28 days.

HAVE YOU BEEN AFFECTED BY AMBULANCE DELAYS?

Let us know if you’ve been affected by ambulance delays. Share your story, pictures or video with us using our app, private messaging or email.

:: Your Report on Sky News apps

By sending us your video footage/ photographs/ audio you agree we can broadcast, publish and edit the material

The elective recovery plan sets a goal of March 2024 for 75% of patients who have been urgently referred by their GP for suspected cancer to be diagnosed or have cancer ruled out within 28 days.

Regarding other diagnostic tests, some 430,037 patients were waiting longer than six weeks for one of 15 standard tests, including an MRI scan, non-obstetric ultrasound or gastroscopy, in June.

Under NHS and government plans, 95% of patients needing a diagnostic test should receive one within that time frame by March 2025.