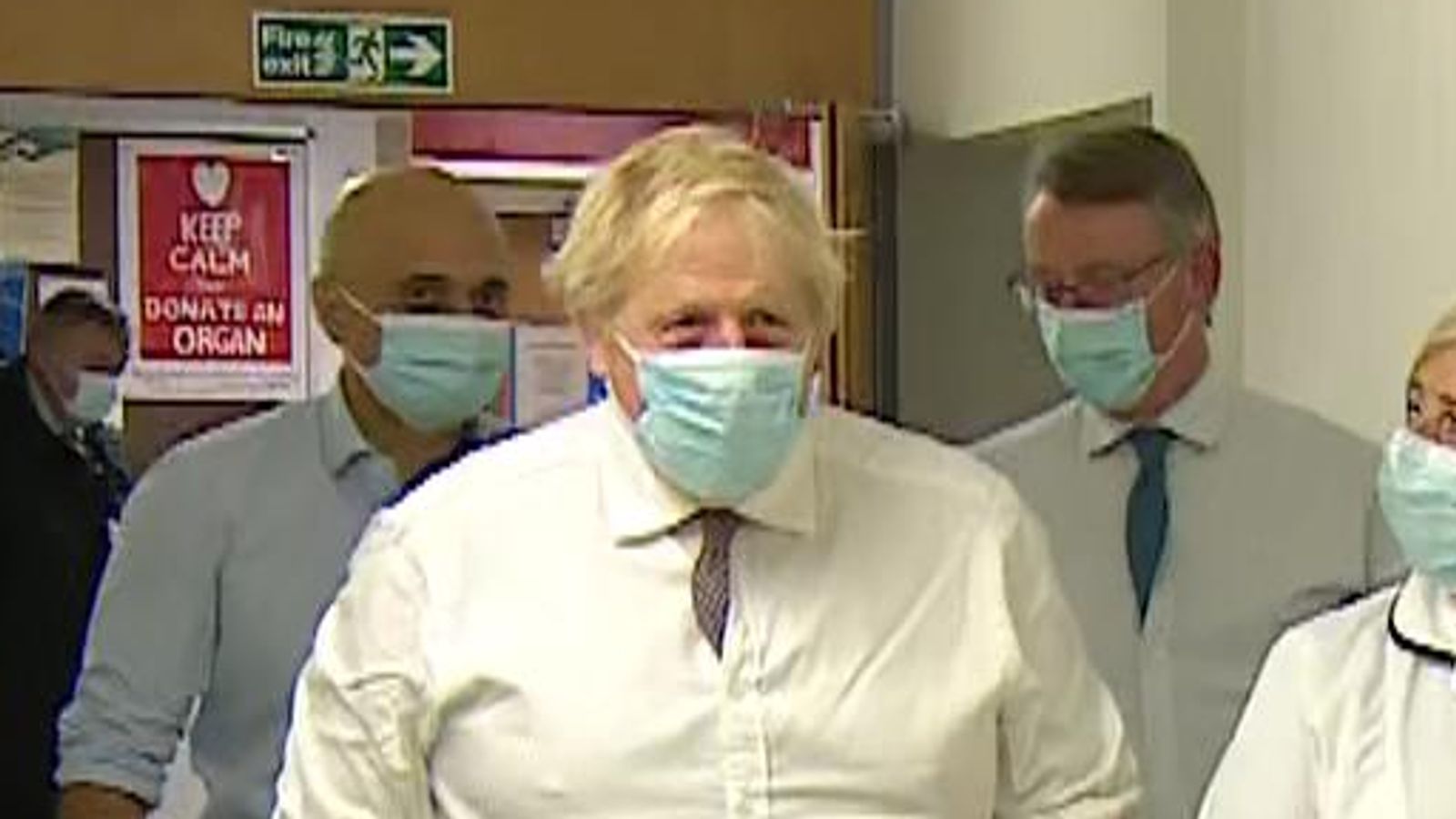 Eighty percent of the 40 new hospitals promised by the Conservatives in 2019 either do not have a completion date or are unlikely to be finished by the next general election, according to a Sky News investigation.

The new hospitals’ pledge, a key plank of Boris Johnson‘s 2019 election manifesto, promised 40 new hospitals by the end of this decade. But a Sky News investigation, carried out over the course of the year, has revealed a programme under acute pressure.

Seven of the 40 hospitals still do not have a completion date, with another 25 not expected to be finished until at least 2024, the year of the next general election, Freedom of Information requests submitted by Sky News revealed.

The lack of progress has drawn criticism from Labour, with shadow health secretary Wes Streeting voicing concerns that the new Conservative prime minister might quietly ditch this key pledge when they take over from Mr Johnson in September.

“There’s no sign of these 40 new hospitals. The only place they seem to exist is in Boris Johnson’s imagination,” Mr Streeting told Sky News.

“It’s striking that neither Rishi Sunak nor Liz Truss are talking about 40 new hospitals either because they know that they can’t be delivered, won’t be delivered.”

The government insists they will be. In a statement, Health Secretary Steve Barclay said that they will deliver by 2030, and they have been “working tirelessly with NHS partners on their building plans”.

“The hospitals will provide patients and staff with brand new, state-of-the-art facilities, ensuring people get the right care when and where they need it. This will help us beat the COVID backlog,” he added.

But, over the past eight months alone, deadlines for some of the hospitals have slipped. When Sky News started its investigation last December, the Epsom and St Helier University Hospitals Trust said its new London hospital was set for completion in 2024-2026.

The new hospital is now not due to be ready “until 2027 at the earliest”.

Another, the Royal Cornwall Hospital Children’s hospital, was originally expected to complete between 2024 and 2026. That has now shifted to between 2026 and 2028.

Others are still awaiting approval of what is known as their “Outline Business Case” – they have submitted plans, but have not yet had them confirmed. Final plans, programmes and funding are only settled once a full business case has been reviewed and agreed.

Waiting for a start date

Julian Hartley, chief executive of Leeds Teaching Hospitals, told Sky News in an exclusive interview that the Leeds NHS Trust is expecting a major new clinical building at its site, but is still waiting for final plans to be signed off and for building work to begin.

“We don’t have an actual start date yet because we are waiting for the green light from government for the business case on the overall development,” he said.

“We are very keen to move, and we’ve done a lot of work to prepare and do all of the enabling works ahead of time so that we are in a position to move as quickly as possible.”

The Princess Alexandra Hospital NHS Trust in Harlow, Essex, is due to receive a whole new hospital. But it too is waiting for approval.

The Conservative MP for Harlow, Robert Halfon, said: “The prime minister came to Harlow in October 2019 to announce the new hospital. It has been confirmed on the floor of the House of Commons by ministers and the PM on numerous occasions over the past year.

“I am absolutely confident that Harlow will have a new hospital. I expect a final announcement by the end of the year, if not before. Sadly the two-year pandemic has interrupted progress of the hospital building programme.”

In the PM’s own constituency of Uxbridge, the promised new hospital is not expected to complete until 2028. Hillingdon Hospitals NHS Foundation Trust has not yet submitted its business case and no construction has begun.

Of the 40 new hospitals Sky News contacted, one has been finished and building work has started at seven. Construction has not yet begun at the other 32.

The 2019 Conservative manifesto talked of having “begun work on building 40 new hospitals across the country”. In October 2019, at the Conservative Party conference, Mr Johnson promised to build “40 new hospitals”. But almost three years on – very few have begun that process.

The Royal Institute of Chartered Surveyors cites current market conditions which are slowing construction efforts across the industry.

In a statement reflecting on Sky News’ findings and their latest market sentiment survey, the institute said: “Construction workloads are high at the moment in the UK [but] they are being impeded by material costs, labour shortages, lack of skilled tradespeople, and macro effects, such as the war in Ukraine.

“Material costs have on average risen by around 25% over the past 12 months and are projected to continue increasing, and labour costs are also seen as likely to rise reflecting near record vacancy rates across the industry.”

“Some of our respondents also cite public sector projects focusing less on sustainability as cost becomes the most important factor.”

There are also questions over the funding of the programme. The government originally committed £3.7bn for the 40 new hospitals programme.

But that funding only supports activity until 2025, and no further funding has yet been confirmed by the Treasury, despite the majority of hospitals telling Sky News they either will not complete until after 2025 or have not been allocated funding.

The Department for Health and Social Care’s “Major Projects Portfolio” from March 2021 states the department is “still in discussion with the Treasury about whole life costs, as the programme does not yet have a confirmed funding envelope beyond 2025”.

“Delivering on the programme would cost considerably more than the funds committed to date.

“With 80% of projects yet to get under way, more money would be required after the funding already announced runs out in 2025.”

The National Audit Office is also now set to review the programme’s “value for money”. It told Sky News: “We have plans in place to start a value for money review of the Department of Health and Social Care’s New Hospitals Programme later this year and to report our findings during 2023.”

The majority either are not yet clear exactly which category of new building they fall into, or are only expecting new wings to existing hospitals, a major new clinical building on an existing site, or major refurbishments.

Responding to our findings, Rory Deighton, senior acute lead at the NHS Confederation, the umbrella body for organisations that commission and provide NHS services, said: “This shows what leaders across the NHS know – 40 new hospitals will not be built by the next election.

“The two candidates to be the next prime minister need to level honestly with the public about what is needed for the NHS rather than relying on repeating myths and political rhetoric.”

NHS Providers, the body for NHS acute, ambulance, community and mental health services, point to the need for the government to deliver.

Saffron Cordery, NHS Providers’ interim chief executive, said: “Delays are pushing up costs and denting staff morale. Trust leaders are frustrated that many of the benefits for patients and communities which they have planned for are facing costly delays.”