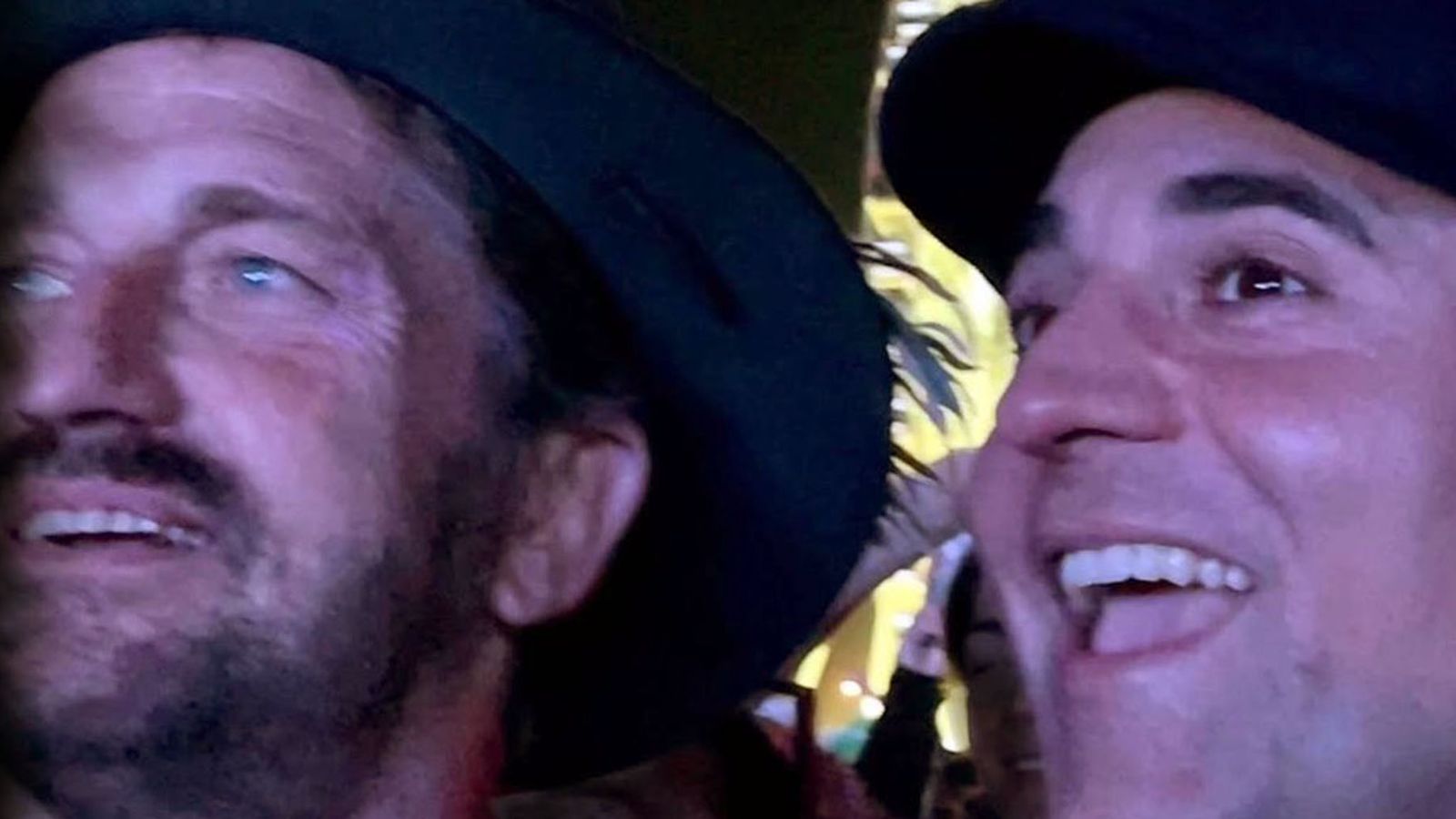 Danesh, 41, who rose to fame after appearing on Popstars and Pop Idol in the early 2000s, was found unresponsive in bed in his US apartment on 11 August. His cause of death is not yet known.

Young, who was crowned the winner of Pop Idol in 2002, pipping both Danesh and Gareth Gates to the post, shared a photo of him with Danesh on Instagram, calling the late star “driven, courageous and gentle”.

He went on to say: “If there was ever an example of not giving up on your dreams then Darius is top of the pile.”

In a long message on Instagram, Butler said he was “devastated” by Danesh’s death, calling him his “brother” and sharing a photo of the pair together smiling.

Just a few weeks ago, Danesh and Butler had been pictured dog walking barefoot together on a beach in Malibu, in what’s believed to have been the final picture taken of the singer before his death.

Butler wrote: “I am devastated by the sudden passing of my dear friend Darius, a true brother in arms. My thoughts and love go to his wonderful mum and dad Avril and Booth and his two brilliant brothers Aria and Cyrus.

“To those lucky enough to have met Darius for more than a few minutes, they were deeply moved by his infectious laugh and barely containable zest for life.

“He was always armed with a smile, a booming voice, and a genuinely warm embrace that few could resist-nor would they want to!!! He was an incredible talent, a singer whose voice touched your soul and an actor with great presence.

“But, most importantly, he had the heart of a lion. It was bigger and brighter than the sun and an energy so contagious he could light up a room in seconds.”

Danesh made his first bid for fame on ITV show Popstars in 2001 and went on to cement his performing career when he came third in the first series of Pop Idol in 2002, won by Will Young.

One of the few people to say no to Simon Cowell, he turned down the music mogul’s offer of a record deal and instead signed with music titan Steve Lillywhite.

His debut single, Colourblind, was released in July 2002 and went straight to number one. The hit was followed by a series of top 10 entries.

Since his death, Colourblind has re-entered music charts and on Wednesday morning was in top spot on the iTunes download chart.

Danesh went on to have a successful musical theatre career, appearing in West End shows including Chicago, Guys And Dolls, Gone With The Wind and Funny Girl.

Fellow Scot Butler, 51, is best known for movies including 300, Law Abiding Citizen and Olympus Has Fallen and its sequels. He also runs his own production company, G Base Productions.

In his message, Butler said Danesh was driven to “inspire others to better themselves” and was “always constant and unwavering in his passion for life”.

He went on: “But a bigger constant was his dream to inspire others to better themselves. He talked the talk but boy, did he walk the walk. He had such purity of thought, a deep wisdom and constant gratitude for people, for life, a compassion towards all.

“His hilarious self-deprecating sense of humour (he was funny as s***) allowed him to stay humble – something he valued deeply. Darius’ undying commitment to being of service to individuals – his family, his friends (none more so than me) and to the world at large made him the perfect friend.

“He led by example, but he was also a teacher, as he pushed those he loved to be the best possible versions of themselves.”

Butler added: “The universe unfolds in ways we may not agree with or even understand. Somewhere in there I believe there is, or will be, some meaning in why he left us so early.

“If it was nothing more than teaching us to live with that open heart, putting others first and never taking ourselves too seriously as we learn to traverse this wonky world we live in then, that might be enough.

“But something tells me there will be way more waves created by our boy Darius further down the line. My heart aches heavily. But going forward, I will beat my drum louder and celebrate life and its every beautiful moment because my brother showed me that was a pretty awesome way to go about it.”

The Iceman director Ariel Vroman replied to the post, saying: “Amazing words my brother – we will miss Darius a lot.”

In a statement, Danesh’s family said the star was “found unresponsive in bed in his apartment room in Rochester, Minnesota, on August 11 and was pronounced dead in the afternoon by the local medical examiners’ office”.

Local police confirmed there were “no signs of intent or suspicious circumstances”, with the cause of his death unknown at this stage.