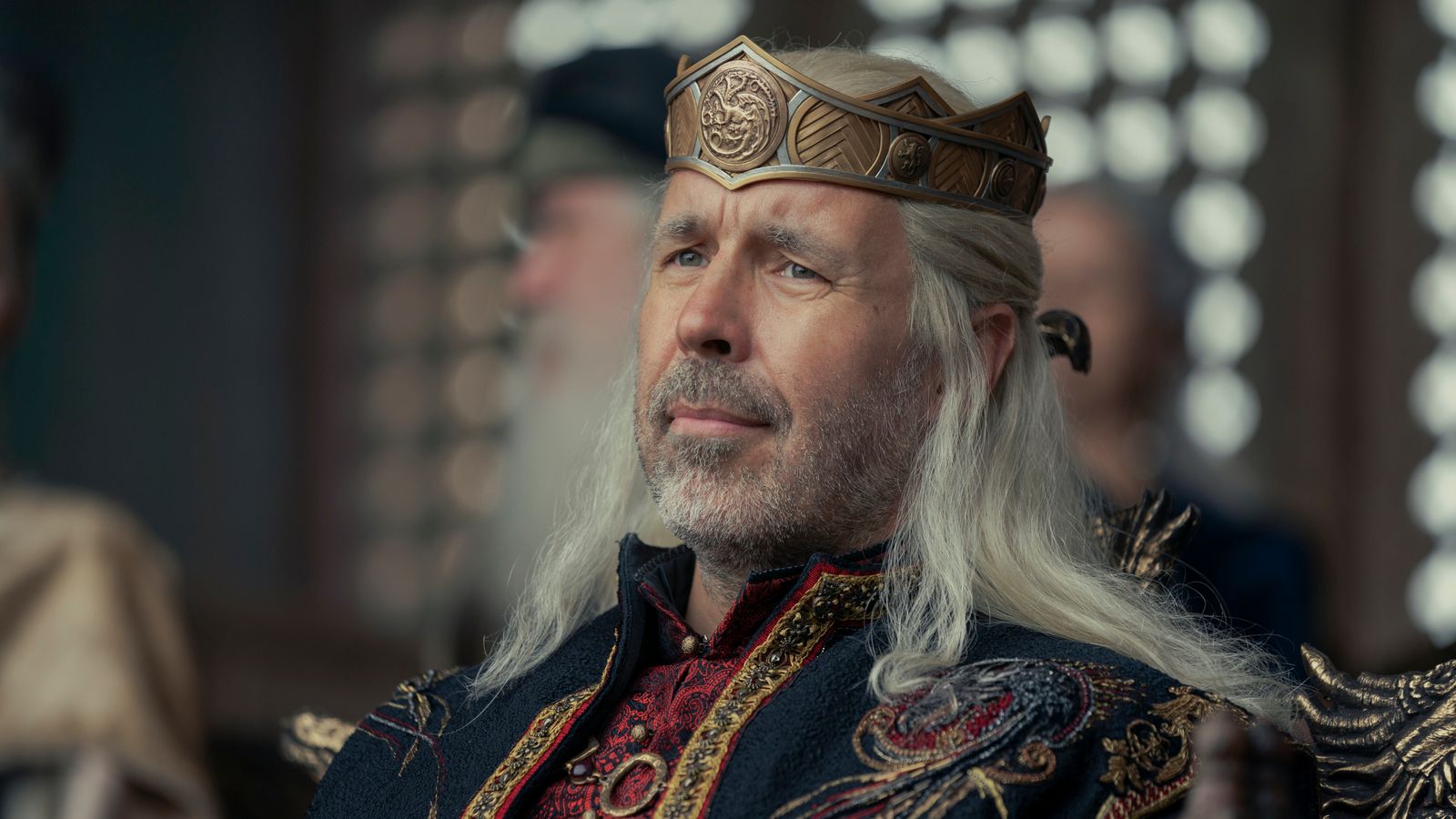 For Game Of Thrones fans, the wait is finally over – as the much-anticipated prequel hits screens in the US ahead of its UK launch.

But tied to one of the biggest TV shows ever made, can it live up to the hype? Many critics have praised the first episode, and fans who watched in America – as well as those who stayed up/set their alarms to watch here – seem happy so far.

Set almost 200 years before the events of Game Of Thrones, House Of The Dragon chronicles the beginning of the end of House Targaryen and the events leading up to the Targaryen civil war, known as the Dance of the Dragons. 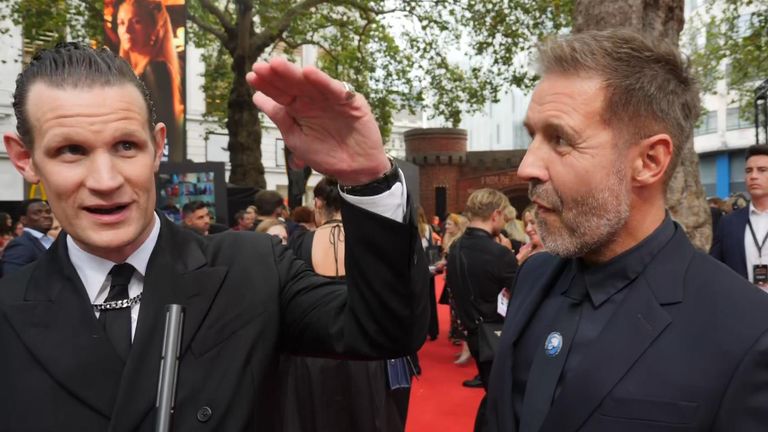 Matt Smith on dragon riding in GoT spin-off

As fans of the original eight-season series will know, descendant Daenerys Targaryen, played by Emilia Clarke, was a major character in the main programme and featured heavily in the finale.

The prequel, starring Paddy Considine, Rhys Ifans, Matt Smith and Olivia Cooke, launches more than three years after that somewhat controversial (remember the petition?) concluding Game Of Thrones episode aired. Another fantasy based on author George RR Martin’s Fire And Blood, the new series reportedly cost up to £17m per episode to make.

TV critic and Game Of Thrones fan Jamie East, co-host of Sky Atlantic’s Thronecast podcast, tells Sky News it is worth it.

“I think the reviews are in. All of those that got up at 2am this morning to watch it on Sky Atlantic and Now are ecstatic, elated, relieved and hungry for more.”

More on Game Of Thrones

As with Game Of Thrones, House Of The Dragon episodes officially air first in the US on HBO on Sundays, although fans in the UK can watch at 2am on Sky Atlantic on Mondays – before their official UK air time of 9pm later in the day.

Giving away no spoilers, East continued: “It looks incredible. It’s the first episode, but it seems like it’s been made with series eight of Game Of Thrones money.

“The first episode of Game Of Thrones actually looks quite cheap when you look back at it now. But this has really hit the ground running. The dragons look incredible, the sets look amazing, the costumes are just blinding. It is all there. I think fans are not going to be disappointed at all.”

Considine plays King Viserys Targaryen, the fifth king of the Targaryen dynasty to rule the Seven Kingdoms and older brother of ex-Time Lord and The Crown star Matt Smith, who stars as Prince Daemon Targaryen, heir to the throne. Cooke plays Alicent Hightower, while Notting Hill star Ifans plays her on-screen father and hand of the king Otto Hightower.

Considine’s character Viserys was chosen by the lords of Westeros to succeed the Old King, Jaehaerys Targaryen, and wished to continue his grandfather’s legacy.

Fans of the books will know his children, Rhaenyra and Aegon II, would go on to fight a civil war over his throne.

The reviews are in…

In her review, The Guardian’s Lucy Mangan says House Of The Dragon is “fun, propulsive, looking great and sounding passable”, and as good as Game Of Thrones in its heyday.

Empire’s John Nugent says the show has “plenty going for it”, but adds: “It is a prequel that could surprise us yet. But to even skirt the heights of Thrones’ best work, it has an uphill dragon ride ahead.”

Variety’s Daniel D’Addario says the series is “louder, more direct about what it wants to say and how it wants you to respond” than Game Of Thrones, but so far is a “blunt object, not a honed sword”.

New York Times reviewer Mike Hale likened the show to Succession, “with dragons instead of helicopters”.

Game Of Thrones fans can see for themselves now.

House Of The Dragon launches on 22 August on Sky Atlantic and streaming service NOW.

Which young NBA players are on the rise? 10 breakout candidates for 2022-23
Truss tells Tory rebels she is ‘going to do things differently’ after mini-budget turmoil
Putin wants 300,000 reinforcements. Where will they go?
This is how we readied the Club portfolio for the big OPEC+ production cut
Nurse reunited with ‘knight in shining armour’ after heroic hurricane rescue