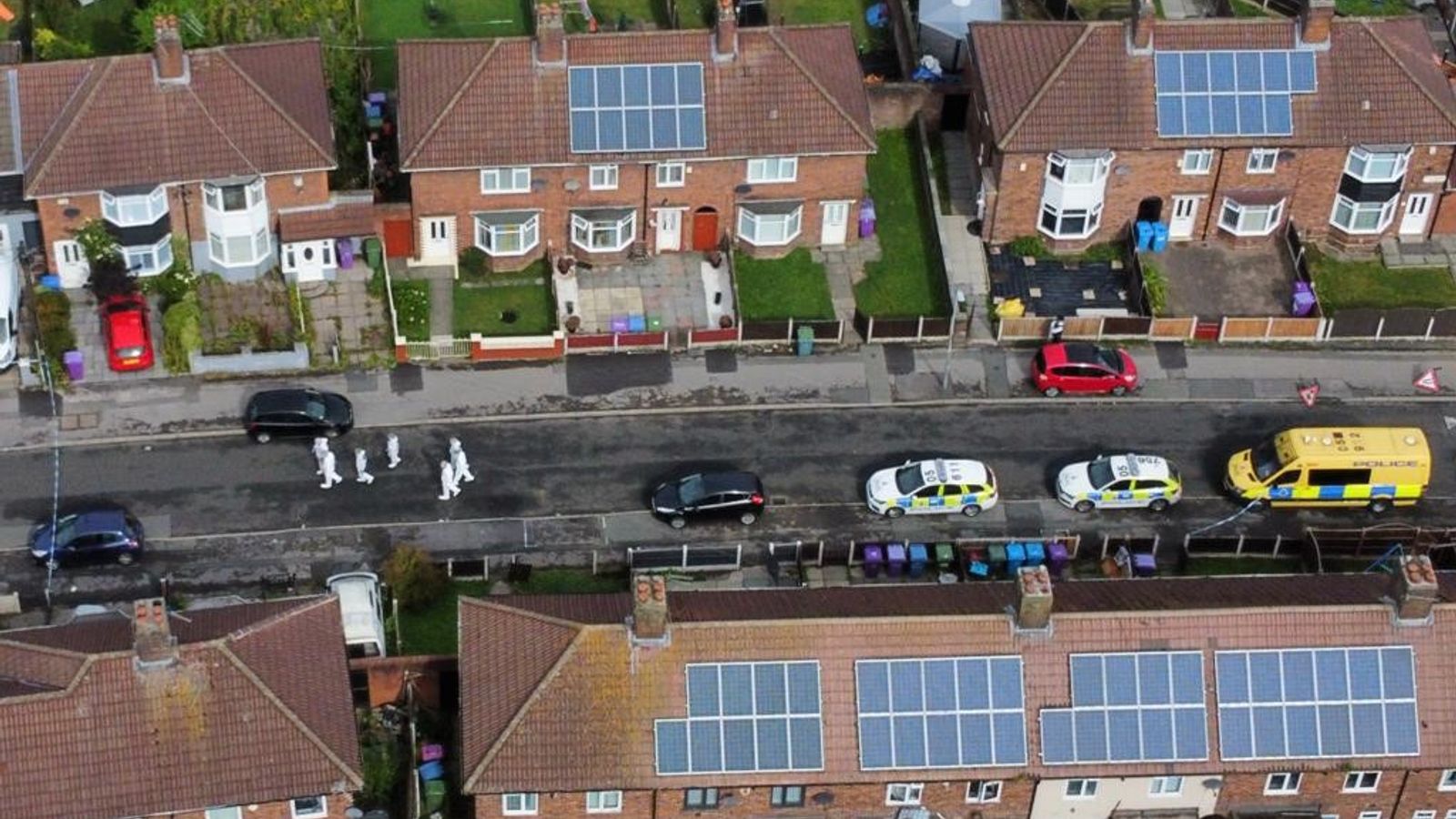 Police have described the moment a gunman shot into the house of nine-year-old Olivia Pratt-Korbel, injuring her mother and fatally wounding the child.

The primary school pupil was killed shortly after 10pm on Monday night after a 35-year-old man, being chased by another man with a gun, forced his way into her house.

Detective Chief Superintendent Mark Kameen said: “We now believe that around 10pm two men were walking along Kingsheath Avenue from the direction of Finch Lane.

“At that time they were approached by a lone person – potentially a male – who was wearing a black padded jacket, a black balaclava with a peak, dark pants, and black gloves. This individual was approximately 5ft 7ins tall and of slim build, and they were carrying a handgun.”

He said this person shot at the two men, causing them to run away.

After hearing gunshots on the street Olivia’s mum, Cheryl, opened the door to the family’s house. The man being chased then pushed his way into their home.

Gunman shot blindly into the house

The gunman followed, putting his hand through a gap and opened fire, shooting blind around the door. Cheryl was shot in the arm and Olivia fatally injured where she stood at the bottom of the stairs. The pair were at home with Olivia’s two older siblings at the time.

There were two further shots at the 35-year-old inside the house, hitting him in the body before the attacker made off on foot. 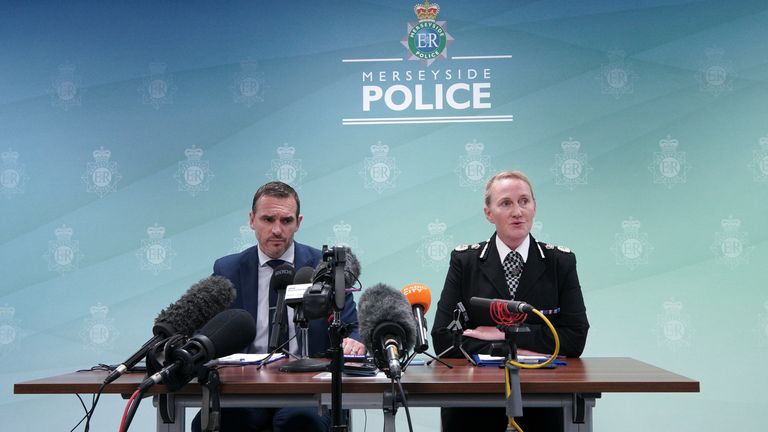 Friends of the man who forced himself into the house picked him up from the streets in a dark Audi and took him to hospital “while Olivia lay dying”, said Chief Constable Serena Kennedy. The vehicle they traveled in has now been seized.

Police were called to a house on Kingsheath Avenue, Knotty Ash, following reports an unknown male had fired a gun inside.

Olivia was taken to Alder Hey hospital in critical condition, where she later died.

The man and her mother are being treated in hospital for their injuries. The 35-year-old hasn’t spoken yet as a result of his injuries.

Read more:
15 years after the murder of Rhys Jones, Merseyside’s summer of violence leaves a trail of bloodshed

‘Not the time to remain tight-lipped’

She added: “I know that the murder of Olivia has rocked our communities, who are quite rightly upset and outraged that such an abhorrent crime has occurred here on the streets of Merseyside.

“The people of Liverpool and Merseyside are known for their compassion and pulling together in times of crisis, and I know that our communities, people are wanting to help the family in any way possible.

“This is not the time for anyone who knows who’s responsible for this shooting to remain tight-lipped.

“It is time for our communities to come together with us and make Merseyside a place where the use of guns on our streets is totally unacceptable, and those who use them are held to account.”

Chief Constable Kennedy said: “Poignantly Olivia was killed on the 15th anniversary of the death of Rhys Jones.

“His murder should have been a watershed moment on gun crime and the use of crime on our streets.”

Olivia’s loved ones are the third family to lose someone to gun crime in Merseyside in the last week.

Liverpool assistant mayor Harry Doyle said the incident brought back memories of Rhys Jones, who was fatally shot in Croxteth 15 years ago.

He said: “I remember the atmosphere in the city, and not just the city actually, nationwide, around the shooting of Rhys Jones was just absolutely awful.

“I remember my family being equally – I look at families this morning on the doorsteps – as worried and concerned and devastated.

“My mum wouldn’t let me walk to school around that time. It is unthinkable and it’s unbelievable that this has happened again 15 years on.

“We thought we’d rid ourselves of this violence and this week we’ve seen it return.”

The force has appealed for those involved to come forward saying the crime “crosses every single boundary”.

“I also want to take the opportunity to appeal to members of the criminal fraternity and ask them to examine their consciences as they will have vital information that can help us,” said chief constable Kennedy.

“The killing of a nine-year-old child is an absolute tragedy and crosses every single boundary, and I would urge them to do the right thing so we can put this person behind bars.”

Innocent people ‘caught in the crossfire’

“It is a very poor area,” he said. “There is lots of relative poverty.

“Lots of drug dealing going on and people being injured as they are caught in the crossfire.”

He asked people to pray for the family and the community, saying incidents like this are “happening more and more”.

How Ukraine’s recapture of key town advances their position
Country music star Loretta Lynn dies aged 90
California serial killer is ‘on a mission’ but police are baffled as to what the mission is
Quick Charge Podcast: October 6, 2022
Worst bird flu outbreak in UK history ‘could cause holy carnage’ and put Christmas turkeys at risk