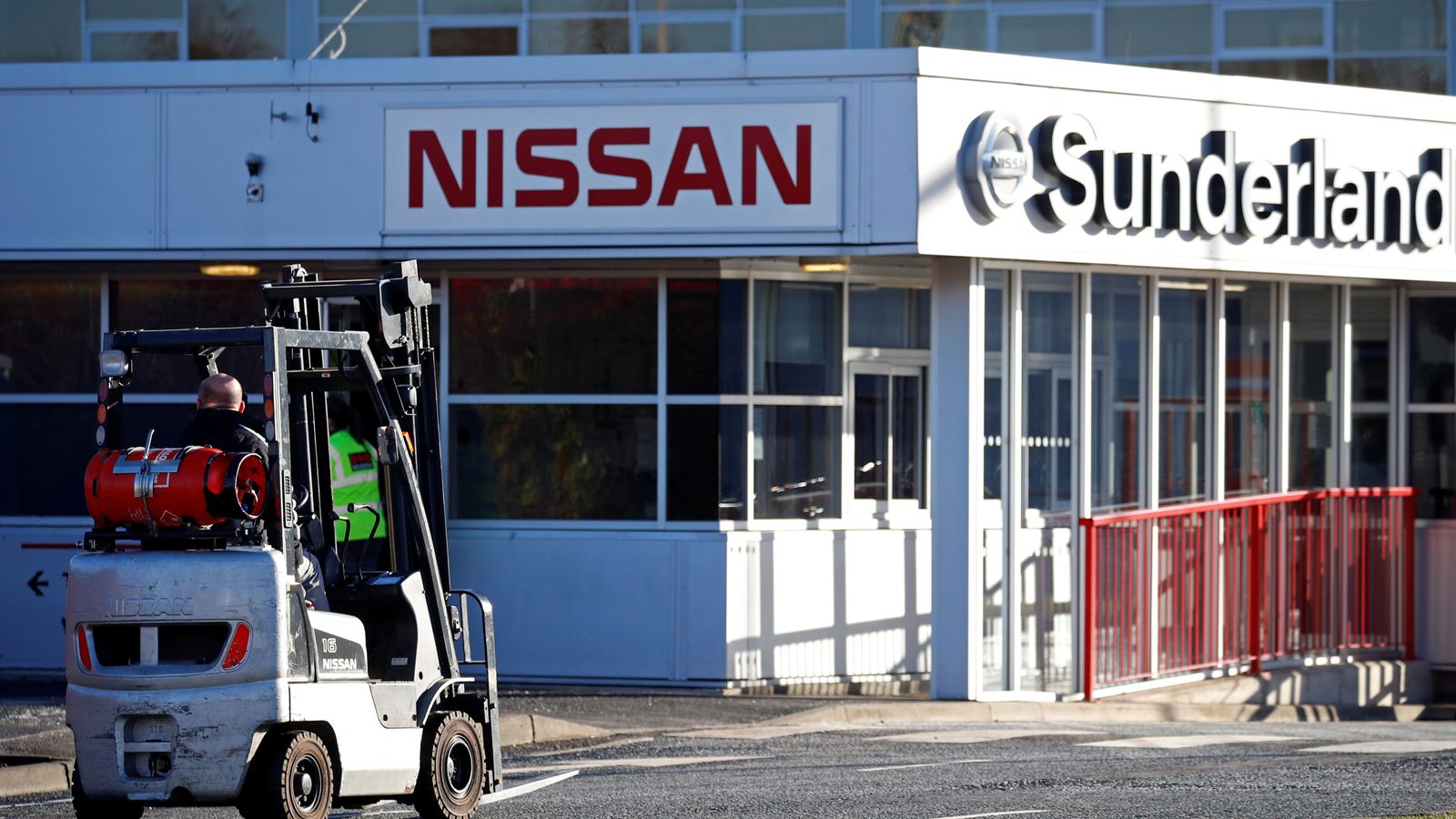 The Japanese carmaking giant Nissan is to close its British engine cylinder plant in 2024 when a contract with its only customer expires.

Sky News has learnt that Nissan has decided to shut the area of its vast Sunderland factory dedicated to making cylinder heads for Renault combustion engines.

The decision will not result in any job losses, with all 250 employees who work in the area being redeployed elsewhere in Sunderland, the affected workers were told on Tuesday morning.

Nissan’s move will end more than 30 years of cylinder production at Sunderland, and underlines the industry’s growing shift towards electric vehicle production.

One insider said the decision had been taken for reasons of “business efficiency”.

The contract with Renault, with which Nissan has a broader strategic alliance, is said to expire in or around the first quarter of 2024.

Responding to an enquiry from Sky News, a Nissan spokesman said: “From early 2024, Nissan Sunderland Plant will cease production of cylinder heads on site.

“We do not expect this to result in job losses, and are working with staff as we redeploy them to other parts of the business.”

The latest realignment of parts of Nissan’s Sunderland site, which employs roughly 6,000 people, follows years of speculation about its post-Brexit future.

In 2019, the company said it would no longer proceed with production of the X-Trail in the North East, deepening the gloom which engulfed the industry at the time.

Since then, however, Nissan has reaffirmed its broader commitment to Sunderland, announcing last year that it would partner with a Chinese company to build a new gigafactory in the city as part of a £1bn electric vehicle project called Nissan EV36Zero.