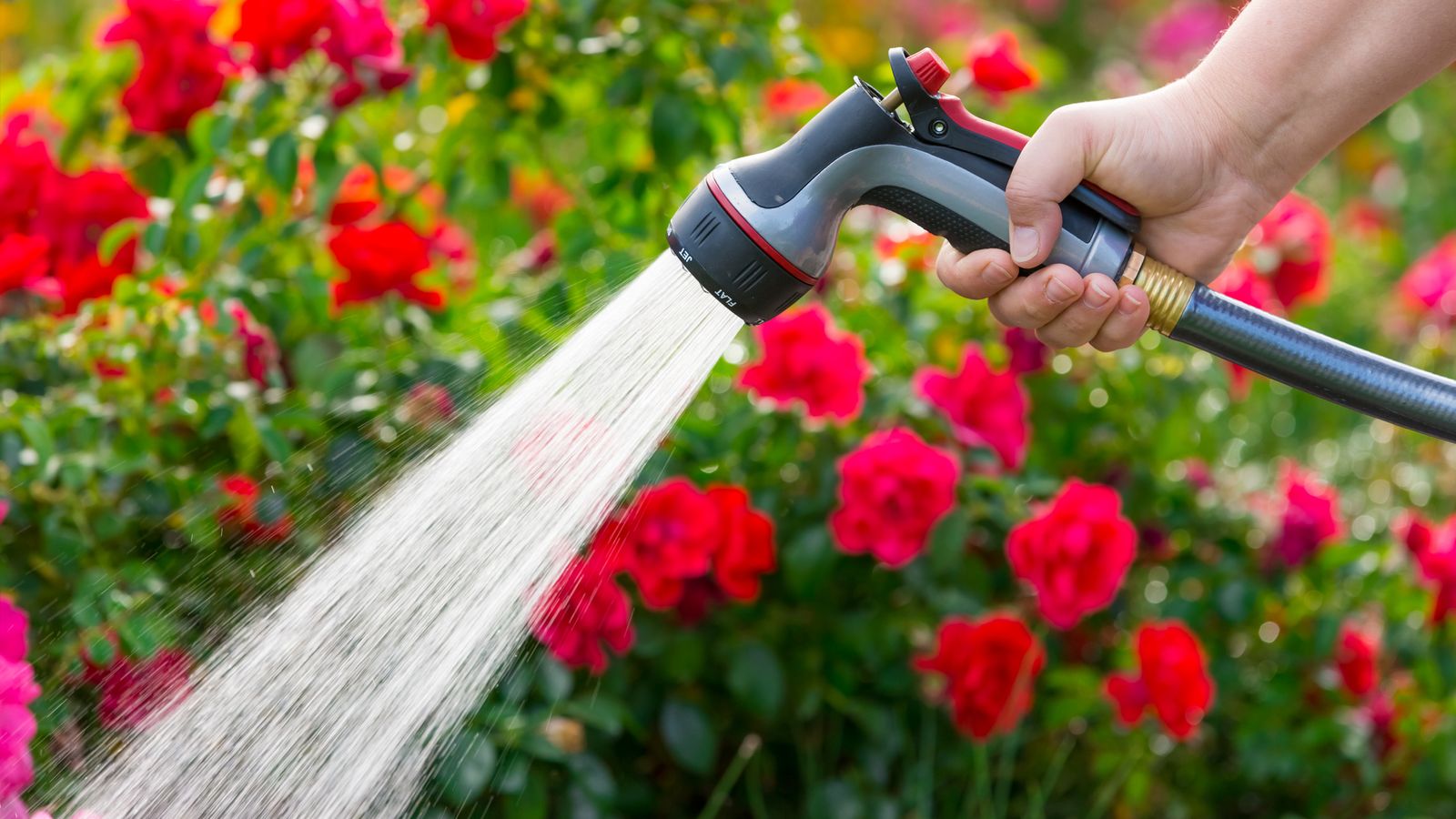 A hosepipe ban for 15 million Thames Water customers has come into effect.

The water company, which supplies Greater London, Luton, the Thames Valley, parts of Surrey, Gloucestershire, north Wilshire and west Kent, announced the ban on 17 August due to the “unprecedented weather conditions”.

The ban will mean people must not use a hosepipe that is connected to the mains water supply – ruling out a number of jobs around the home which people might believe are exempt.

Read more: What are the rules on hosepipe bans, what are the exemptions and what do they mean?

Record-breaking heat and low rainfall has plunged large parts of the country into drought conditions, with much of the UK’s landscape turned from green to brown to yellow.

In recent weeks, significant fires were reported in parts of London, Kent and Essex, while hot weather last week resulted in incidents of people getting into difficulty while swimming in lakes, rivers and the sea.

Despite heavy rain and flooding in parts of the UK, the ban has come into force.

In a statement issued last week, Thames Water said: “We’ve been working around the clock to supply everyone, and customers have been brilliant at saving water where they can.

“But, with low rainfall forecast for the coming months, we now need to take the next step in our drought plan.”

With Yorkshire Water’s ban expected to start on 26 August, a total of 24 million people will be affected by restrictions on water use – including five million in Yorkshire, 2.2 million in Kent and Sussex, one million in Cornwall, parts of Devon, Hampshire and the Isle of Wight, 200,000 in Pembrokeshire and 80,000 on the Isle of Man.

Since bans have been introduced in recent weeks, people have been encouraged to report neighbours for breaching bans.

However, the National police Chiefs’ Council has urged people not to report any breaches to the police, as it is a civil matter not criminal.

Devon and Cornwall Police said they have already seen “unprecedented demand” on phone lines and have received more than 1,000 calls a day.

On Tuesday, the National Drought Group took further steps to manage the ongoing drought conditions, including moving the West Midlands into a drought.

The top 1% are the biggest immediate winners of the mini-budget – which will test the patience of Tory MPs
Water Drop Discovered on Ryugu Asteroid Offers Clues to Origins of Life on Earth
NASA’s InSight Mars Lander Records Vibrations of Space Rocks’ Impact on Mars Surface: All Details
Meta looks to cut costs by 10% or more over next few months, says report
Ukrainian troops ‘break’ first line of Russia’s defence