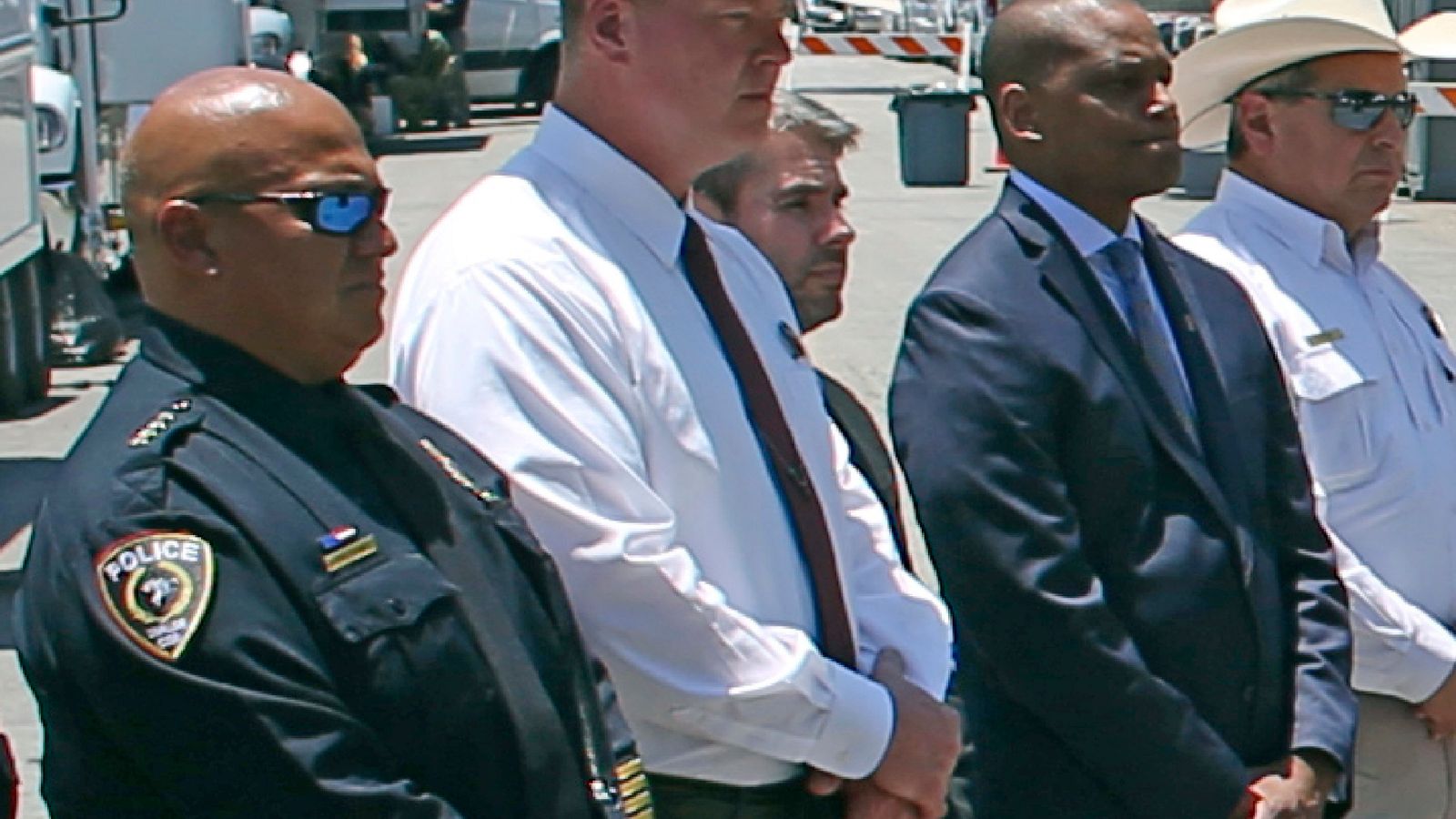 Uvalde’s district police chief has been sacked over the hesitant response by hundreds of heavily armed law enforcement officers during the May massacre at Robb Elementary School.

In a unanimous vote, the Uvalde Consolidated Independent School District’s (UCISD) board of trustees dismissed police chief Pete Arredondo, three months to the day after one of the deadliest classroom shootings in US history.

He had been on unpaid administrative leave since shortly after the 24 May shooting.

Parents yelled “coward” in the room where the meeting took place.

Mr Arredondo did not attend, however minutes before it got underway his lawyer released a scathing 4,500-word letter that amounted to the police chief’s fullest defence so far of his actions.

Over 17 defiant pages, it insisted Mr Arredondo was not the fumbling school police chief who a damning state investigation blamed for not taking command and wasted time by looking for keys to a likely unlocked door, but a brave officer whose level-headed decisions saved the lives of other students.

The letter also accused Uvalde school officials of putting his life at risk by not letting him carry a weapon to the school board meeting.

“Chief Arredondo is a leader and a courageous officer who with all of the other law enforcement officers who responded to the scene, should be celebrated for the lives saved, instead of vilified for those they couldn’t reach in time,” the letter stated.

It also said the district was in the wrong for dismissing him, saying it did not carry out any investigation “establishing evidence supporting a decision to terminate” his employment.

Because Mr Arredondo was UCISD police chief, the school board had the power to fire him.

State police and a damning investigative report in July criticised the former police chief of the roughly 4,000-student school district for failing to take charge of the scene, not breaching the classroom sooner and wasting time by looking for a key to a likely unlocked door.

Investigations and body camera footage have laid bare how police rushed to the scene with bulletproof shields and high-powered rifles within minutes – but waited more than an hour before finally confronting the gunman in a classroom of fourth graders.

Superintendent Hal Harrell had first moved to fire Mr Arredondo in July but postponed the decision at the request of the police chief’s attorney.

Only one other police official at the scene, Uvalde police lieutenant Mariano Pargas, is known to have been placed on leave since the shooting.

Mr Pargas was the city’s acting police chief during the massacre.

The Texas Department of Public Safety, which had more than 90 state troopers at the scene, has also launched an internal investigation into the response by state police.