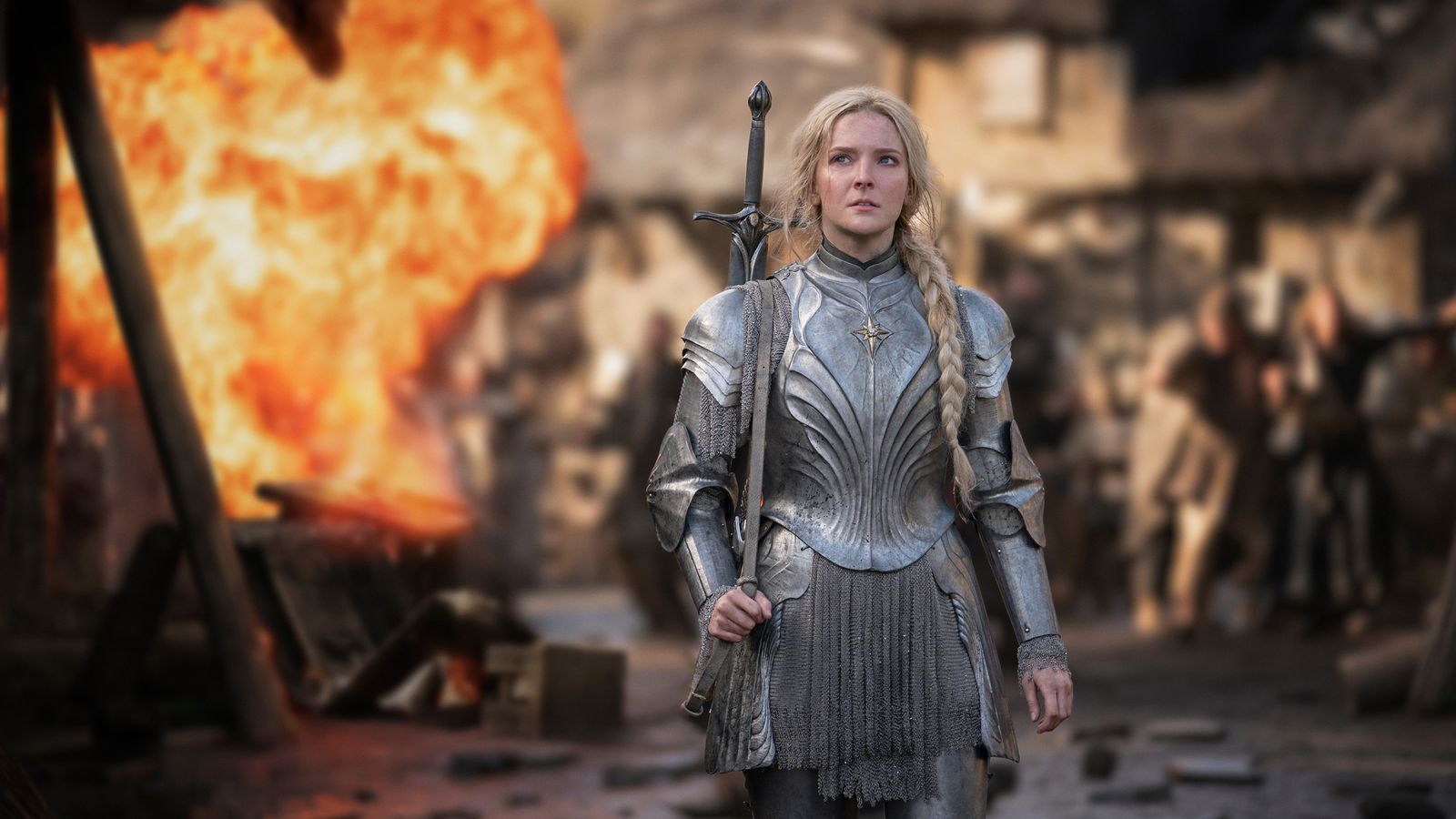 Fantasy fans have waited years for something to fill the Game of Thrones shaped hole in their TV schedules, and just weeks after the first prequel House of the Dragon was released, Tolkien now gets the telly treatment thanks to the deep pockets of Amazon.

The first episodes of Lord of the Rings: The Rings of Power have been shown at a glitzy premiere in London, which saw Leicester Square dressed as part of the author’s world for an evening, as the ensemble cast – and even Amazon founder and one of the world’s richest people Jeff Bezos – walked the carpet.

But cast members say there’s no competition between Kings Landing and the Second Age.

“There’s room for all kinds of drama on television and this is a testament to that,” Sir Lenny Henry told Sky News.

“There’s room for everybody as long as nobody sits down.

“We just want to make good shows that are memorable, exciting, funny and what’s wrong with that? Nothing.” 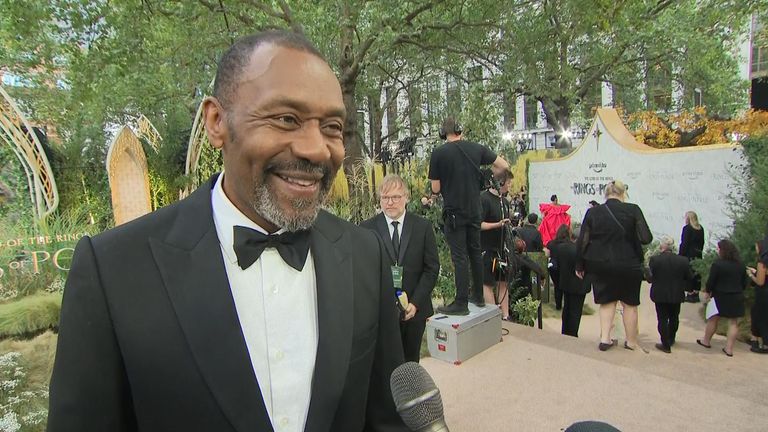 Reported to cost more than £350 million, The Rings of Power is the most expensive series ever created and Amazon will be hoping it’s spent enough to lure audiences away from traditional channels.

And Tolkien’s material has a precedent – when Middle Earth was seen on screen in Peter Jackson’s hit film trilogy it grossed more than £2.5 billion at the box office.

But producers say making this for TV allowed them to do something different.

“Serialised television is such an elastic form,” explained Patrick McKay.

“There was a formula I was seeing again and again and again, and I was tired of that narrative form, but, in the streaming form there’s so much more you can do and you can jump around in time.”

Amazon aren’t just banking on the budget to attract new viewers – the cast has also been updated and includes the first black, female dwarf.

“But I feel with the support that I have I’m able to sail through such a glorious moment for fans, for Tolkien, for the franchise and for the world actually.

“I feel so honoured and excited to be sitting in such a world of firsts, we’re giving a gift to many people who may not have seen themselves staring back at them on a screen like this before and so I’m very, very happy to fly that flag.”

Behind the glamour of tonight’s premiere is a battle of prequels, a competition between traditional TV and streaming platforms – but ultimately, spoilt for choice, it’s fans of the genre who will win.