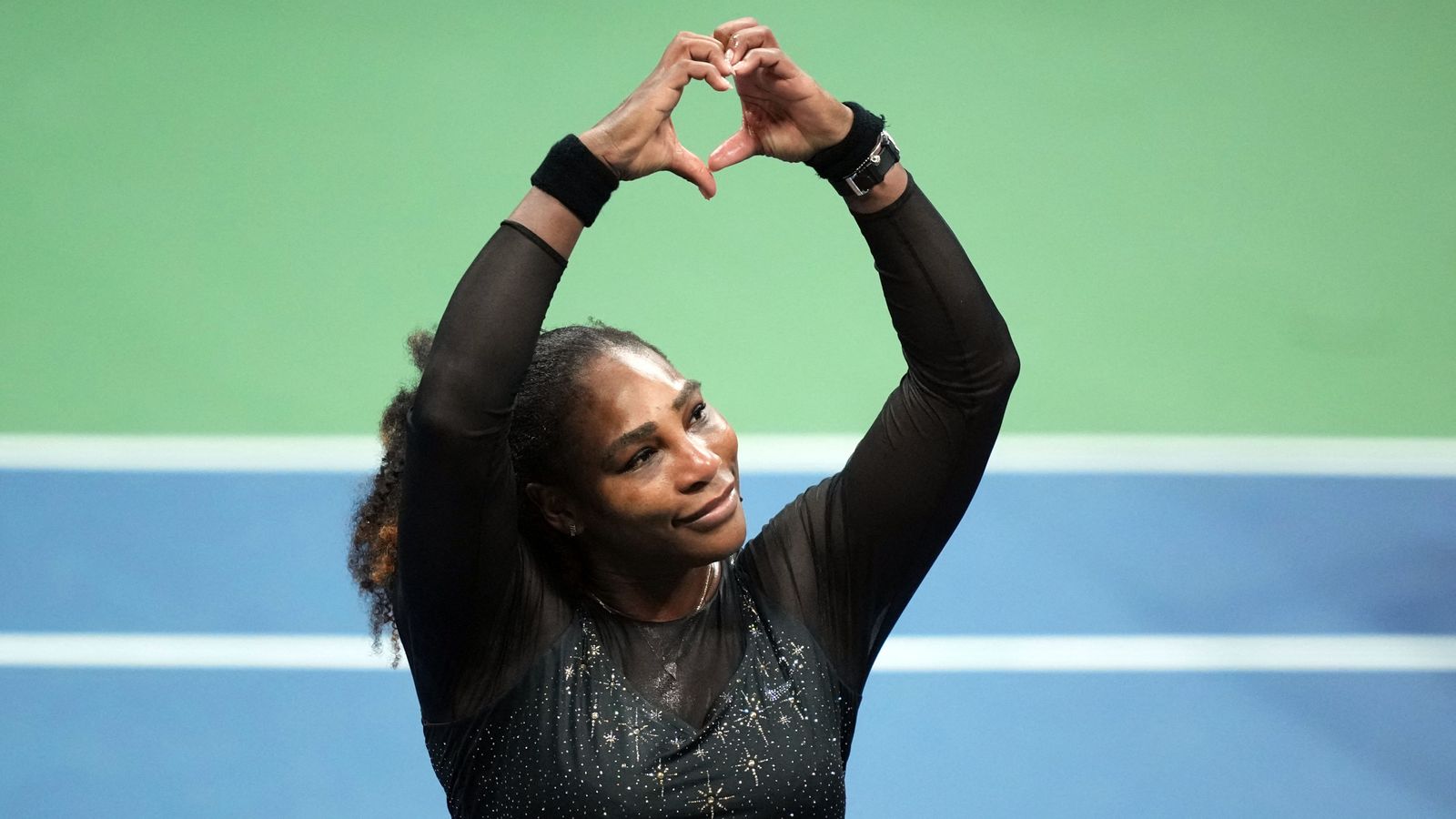 Michelle Obama, Oprah Winfrey and LeBron James are among the stars to pay tribute to Serena Williams after she lost what could be her final match at the US Open.

Williams, 40, had said she plans to “evolve away from tennis” and “grow her family” before losing to Ajla Tomljanovic in New York on Friday.

After an emotional commiseration speech, in which she paid tribute to her parents and sister Venus, celebrities and fellow sport stars thanked her for her outstanding contribution to tennis.

“How lucky were we to be able to watch a young girl from Compton grow up to become one of the greatest athletes of all time.

“I’m proud of you, my friend – and I can’t wait to see the lives you continue to transform with your talents.”

Talk show host Oprah Winfrey described her as a “shero” and a “legend forever”, while former world number one Billie-Jean King said her career had “made its mark on tennis history”.

Basketball legend LeBron James uploaded a video to social media, in which he labelled her a ‘goat’, which stands for ‘greatest of all time’.

“You’re a goat,” he said. “For what you’ve done for the sport, for tennis, for women, and just for the category of sport period is just unprecedented.

“It’s been an honour to watch your journey.”

“For transcending sports for black athletes, female athletes and every athlete. Such a pleasure to watch, thanks for being an inspiration.”

The official Wimbledon Twitter account posted: “A legacy defined not just by numbers, but the generations she inspired. Thank you, Serena, for making so many fall in love with our sport.”

In anticipation of this being her last tournament, famous faces turned out to watch Williams at this year’s US Open.

Former President Bill Clinton, filmmaker Spike Lee and boxing champion Mike Tyson were among those at her opening game.

The loss deprived her of a record-equalling 24th grand slam singles title.

Williams, who played her first professional tennis match in 1995 at the age of 14, walked calmly to the net after the game, waving to all side of the stadium while Tina Turner’s hit Simply The Best was played over the loudspeakers.

In her speech, she said: “Thank you daddy, I know you’re watching. Thanks mom.

“I just thank everyone that’s here, that’s been on my side for so many years, literally decades.

“But it all started with my parents and they deserve everything, so I’m really grateful for them.

“And I wouldn’t be Serena if there wasn’t Venus, so thank you Venus. She’s the only reason that Serena Williams ever existed.”