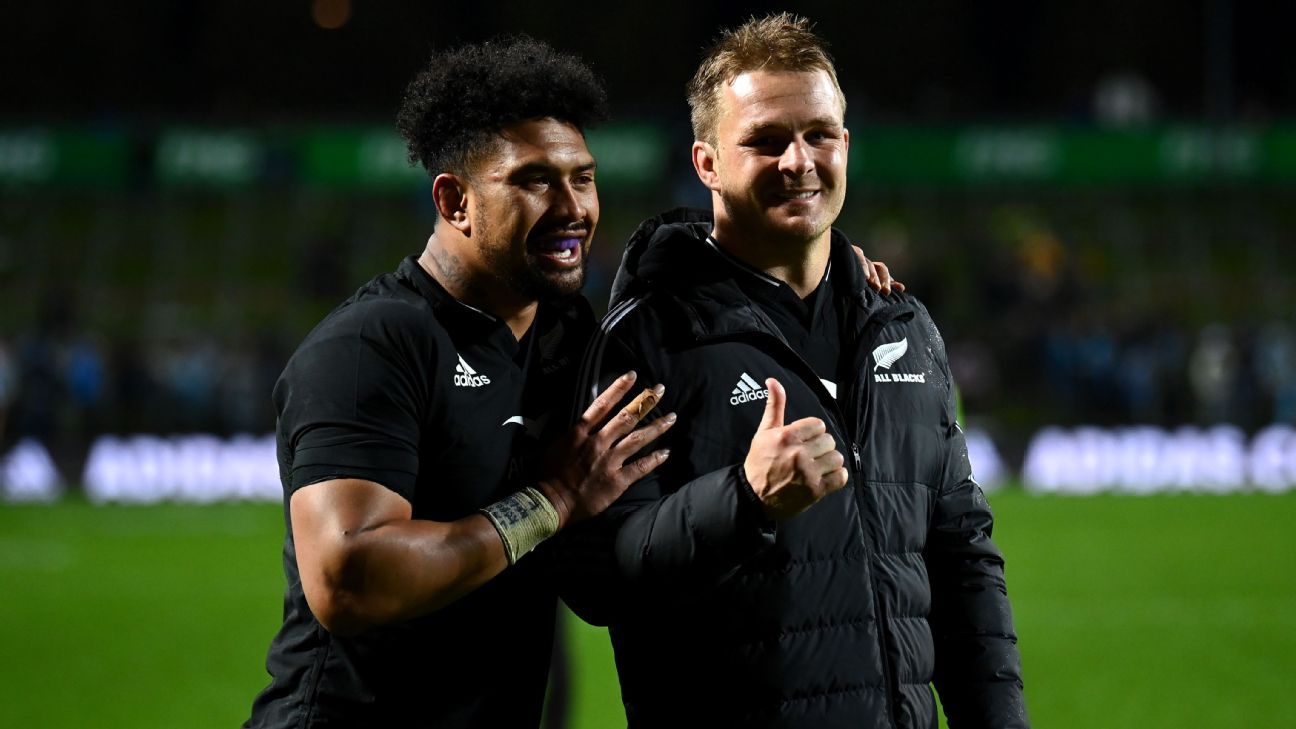 All Blacks coach Ian Foster called his team’s crushing 53-3 bonus point victory over Argentina on Saturday “ruthless” as New Zealand bounced back from their first-ever loss on home soil against the South Americans last week.

Foster picked the same line-up for the comprehensive win in Hamilton as had been defeated by the Pumas in Christchurch a week earlier and he remains convinced his side are on the right track ahead of next year’s World Cup.

“It was a big week for us, we had to respond,” said Foster.

“I thought we did it in a ruthless manner which I’m delighted with. There were a number of questions with putting the same group out again but we really believe in the direction we’re going.”

The win takes the defending champions into pole position in a tightly-packed Rugby Championship table, one point ahead of Australia, South Africa and the Argentines with two matches remaining.

The All Blacks face Australia in back-to-back clashes on Sept. 15 and 24 in Melbourne and Auckland respectively with the title still on the line.

“This Championship is important to us and we put ourselves into a bit of a hole last week,” Foster said.

“We had to respond and do what we did. To walk away with a bonus point and a big points differential in a tight competition, at least it keeps us in the race.

“We’re going to need two good performances to have a chance at this Championship. All we’ve done is put ourselves back into contention.

“We’ve worked hard to get our game to where we want it to be. It hasn’t happened at the speed we’d like but we saw signs of that.”

Foster was pleased with how his players, and in particular under-fire captain Sam Cane, responded.

“There’s no doubt the team has felt a whole lot of different pressure,” he said. “I’m proud of the way the guys hung in there and (didn’t get) tight under the pressure and played with ambition.

“I’m particularly proud of (Cane) for his week. He’s been under the pump from various quarters but I thought he might’ve answered a few questions too.”