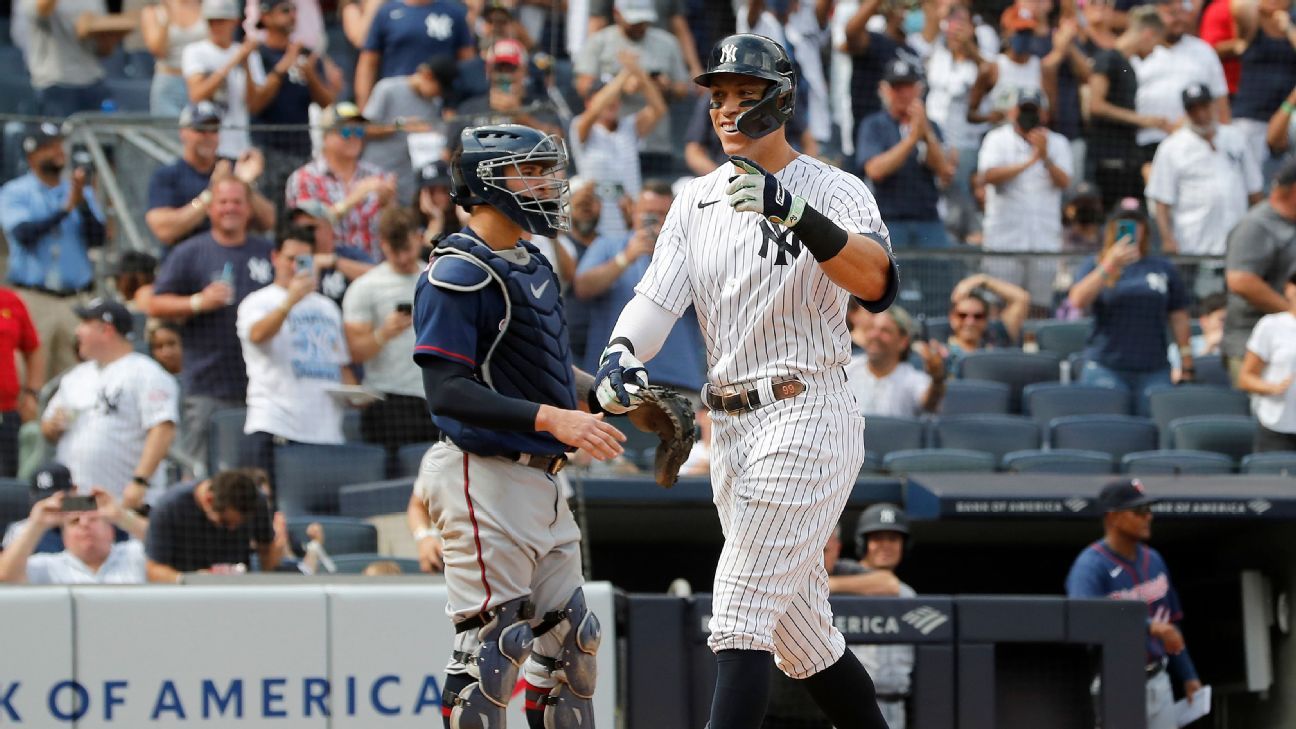 Baseball history could be on the horizon as Aaron Judge approaches the elite mark of 60 home runs.

The New York Yankees outfielder came one step closer with his 54th homer on Monday versus the Minnesota Twins. The Yankees outfielder has had an outstanding season at the plate, batting .302 and logging 117 RBIs. He is one of the reasons New York is among MLB’s elite entering the stretch run.

Judge is also on the verge of making Yankees history, needing only 8 more dingers to break Roger Maris’ 1961 record of 61 home runs in a season — a mark that has stood for over six decades. It is also the American League single-season record for home runs.

Judge’s quest to reach 60 has captivated the baseball world. We are tracking every home run he hits from now until the end of the season.

Here’s where Judge stands in his chase for MLB history.

Judge hit a two-run home run to left field off Trevor Megill, breaking a 2-2 tie and proving to be the difference in a 5-2 win. This ties him with Alex Rodriguez for most home runs in a season by a right-handed hitter in New York Yankees history.

In the top of the ninth inning against the Rays, Judge launched a 392-foot dinger off of a Jason Adam changeup for his 52nd homer, matching his career high from 2017.

Judge took a fastball into center field off Angels starter Mike Mayers. He is now tied with Maris for most home runs before September in Yankees history.

Judge launched a 1-1 curveball off Jose Quijada to center field for his 50th home run of the year. He’s the first Yankees player 50 HR before September since Roger Maris in 1961. It’s also his second 50-home run season in his career. He’s the third Yankees player to record multiple 50-HR seasons, joining Babe Ruth (4) & Mickey Mantle (2). He’s on pace for 63 home runs this season.