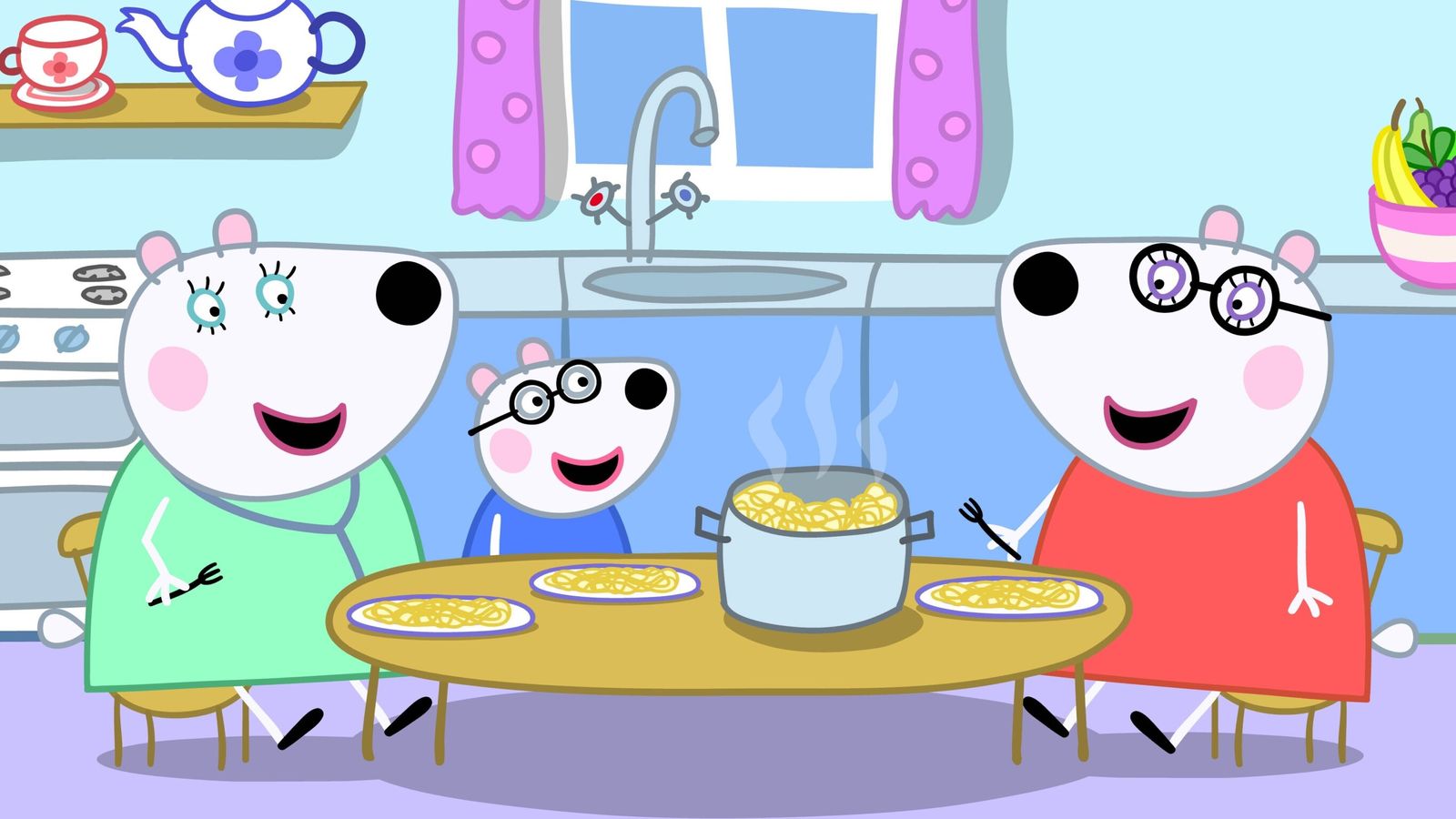 The children’s TV show Peppa Pig has added a lesbian couple to its cast of characters for the first time.

In the episode entitled Families, aired on Channel 5, Penny the polar bear introduced her two mothers.

Peppa Pig and her classmates are asked by their teacher to sketch pictures of their families to be put up on their classroom wall.

Each student has their turn to introduce the family members they have drawn and describe their job and characteristics.

As she draws, she tells her classmates: “I’m Penny Polar Bear. I live with my mummy and my other mummy.

“One mummy is a doctor and one mummy cooks spaghetti. I love spaghetti.”

Penny’s mothers are then shown at the end of the episode arriving with the other parents to pick up their children after school has finished.

Many viewers took to social media to praise the decision to show an LGBT+ family for the first time in the cartoon show’s history.

One Twitter user wrote: “THIS is how young children should be taught about inclusion.

“We don’t need to talk to them about sexuality. Just show all types of families. They’ll understand the rest when it’s appropriate.”

Another person tweeted: “An autistic character in Thomas the Tank Engine and a kid with two mums in Peppa Pig… it’s been a good day for representation!”

The children’s show Thomas & Friends, also shown on Channel 5, will introduce its first autistic character, which has been created in collaboration with autistic writers and organisations.

The character, called Bruno the Brake Car, will be voiced by Elliott Garcia, 9, an autistic actor, and will appear in future episodes of Thomas & Friends: All Engines Go!

Peppa Pig first aired in 2004 and has since become available in more than 180 territories. It draws millions of viewers in the US and was last year’s second most in-demand cartoon in America (pipped to the post by SpongeBob SquarePants).

Such is its influence, it has been blamed for the “Peppa effect” after American pre-schoolers began saying “mummy” instead of “mommy” and pronouncing “tomato” the British way.

Last year Boris Johnson, who resigned as prime minister on Monday, was ridiculed after enthusiastically discussing a visit to Pepper Pig World theme park in Hampshire during a speech to business leaders.

Hurricane Ian: ‘Treacherous’ storm heads for Washington and New York, as toll reaches 77
Attorney who sued Trump over real estate properties speaks out
‘Significant risk’ of UK gas supply emergency, energy regulator warns
Winter blackouts: How worried should we be about the lights going out?
Grocery prices set to surge as CO2 costs ‘could bring system to its knees’