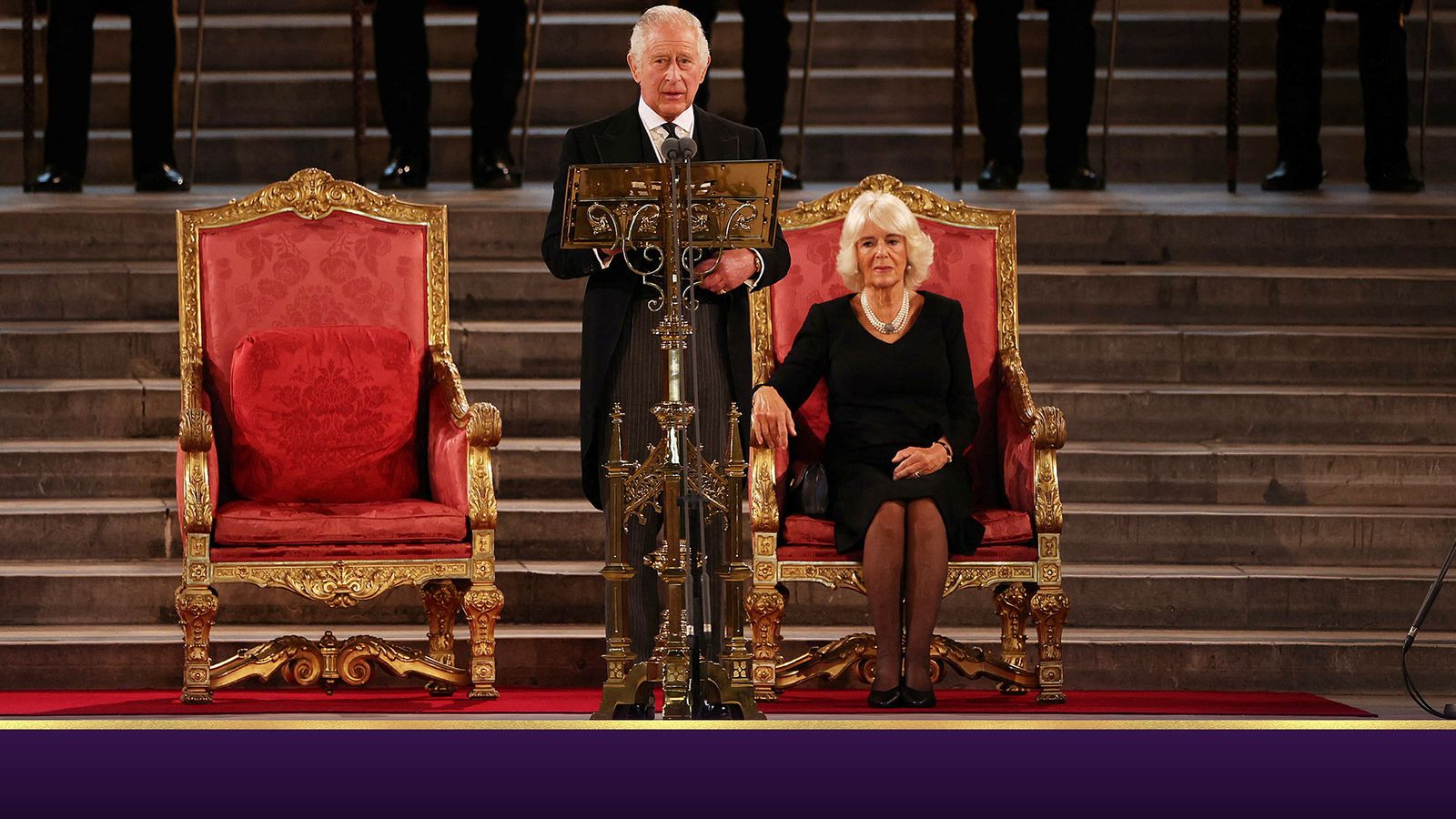 King Charles III paid tribute to the Queen and said he feels the “weight of history which surrounds us” as he addressed parliament for the first time as monarch.

In the speech, he quoted William Shakespeare in a tribute to his late mother, saying: “As Shakespeare said of the earlier Queen Elizabeth, she was a pattern to all princes living.”

The King spoke after the Lords Speaker and the Commons Speaker expressed their condolences to His Majesty in a ceremony in Westminster Hall.

Queen’s coffin to lie at rest in Edinburgh – latest updates

King Charles referenced the connections to “my darling late mother” in the 11th-century chamber, such as the “magnificent” stained glass window to honour her Diamond Jubilee.

He said: “I cannot help but feel the weight of history which surrounds us and which reminds us of the vital parliamentary traditions to which members of both houses dedicate yourselves, with such personal commitment for the betterment of us all.”

The King said parliament is the “living and breathing instrument of our democracy” as he pledged to follow his late mother’s example of commitment to constitutional government.

He finished his speech by saying: “While very young her late majesty pledged herself to serve her country and her people and to maintain the precious principles of constitutional government which lie at the heart of our nation. This vow she kept with unsurpassed devotion

“She set an example of selfless duty, which, with God’s help and your counsels, I am resolved faithfully to follow.”

As part of the official mourning period following the death of Queen Elizabeth II, the King and his wife Camilla, the Queen Consort, heard tributes from MPs and peers.

The Speakers of both Houses – Sir Lindsay Hoyle for the Commons and Lord McFall for the Lords – presented letters of condolence, which the King responded to.

In his tribute, Sir Lindsay said the death of the Queen “is a loss that is felt around the world”.

Lord McFall said the Queen’s “humility and integrity commanded the respect and captured the imagination of peoples and nations across the globe”.

The ceremony ended with both Charles and the Queen Consort standing as the national anthem was played.

Westminster Hall, the oldest building on the parliamentary estate, is also where the Queen’s coffin will lie in state from Wednesday for public viewing.

Another moment in history at Westminster Hall

The Palace of Westminster is used to pomp and pageantry, to constitutional ritual, but few customs compare to this

As politicians bustle into the Hall to a trumpet fanfare from the household cavalry there is a seriousness and a formality few have seen here before.

Almost a thousand MPs and peers, in funeral black, quietly chatter as they wait

In a week where politics has fallen away, Theresa May and Boris Johnson are next to each other, Harriet Harman and the new Lord Chancellor Brandon Lewis chatting away behind them.

Then the hall falls silent; there is a slow procession, the distant roar of a motorcade and the new King is here.

Lord McFall talks about the Queen’s “humour and courage”, Sir Lindsay Hoyle offers his “heartfelt sympathy”. Both pledge their loyalty to the King.

The last time a monarch addressed both houses was when the Queen came here during the Diamond Jubilee.

Westminster Hall has hosted coronation banquets as early as 1170, the trial of Guy Fawkes and King Charles I.

Today it witnessed another moment in history and the weight of this occasion was not lost on those here today.

Having left Balmoral yesterday morning, the Queen’s coffin was taken on a six-hour journey to the Palace of Holyroodhouse in Edinburgh.

King Charles, who flew to the Scottish capital after his address to parliament, led his siblings in procession as his mother’s coffin was moved to St Giles’ Cathedral for a service of thanksgiving.

Members of the public will be able to view the coffin at the cathedral and pay their respects from 5pm for a period of 24 hours.

During his day in Edinburgh, the King was also due to hold audiences with First Minister Nicola Sturgeon and Alison Johnstone, the presiding officer of the Scottish parliament. 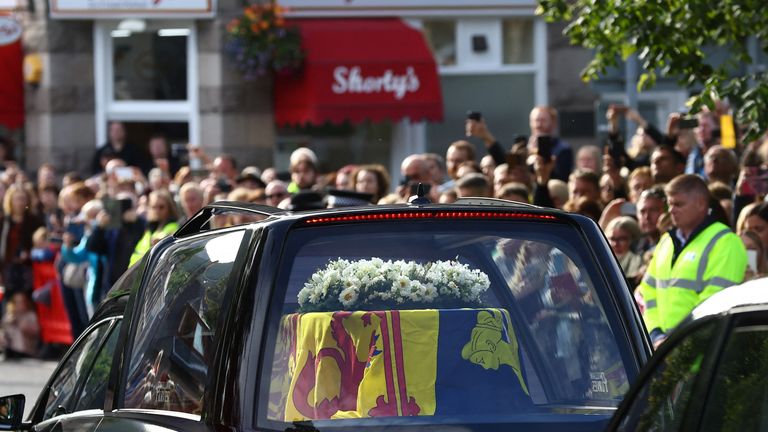 Later in the evening, the King and the Queen’s three other children will mount a vigil at the cathedral in honour of their late mother.

Chancellor to promise ‘new era for Britain’ with plan for growth in mini-budget
Neptune rings and moons captured by space telescope
USMNT has no answer for Japan in friendly loss
Celsius has a Hail Mary bankruptcy plan: Turn its debt into a new cryptocurrency
Car dealer Pendragon gears up for £400m bid from top investor