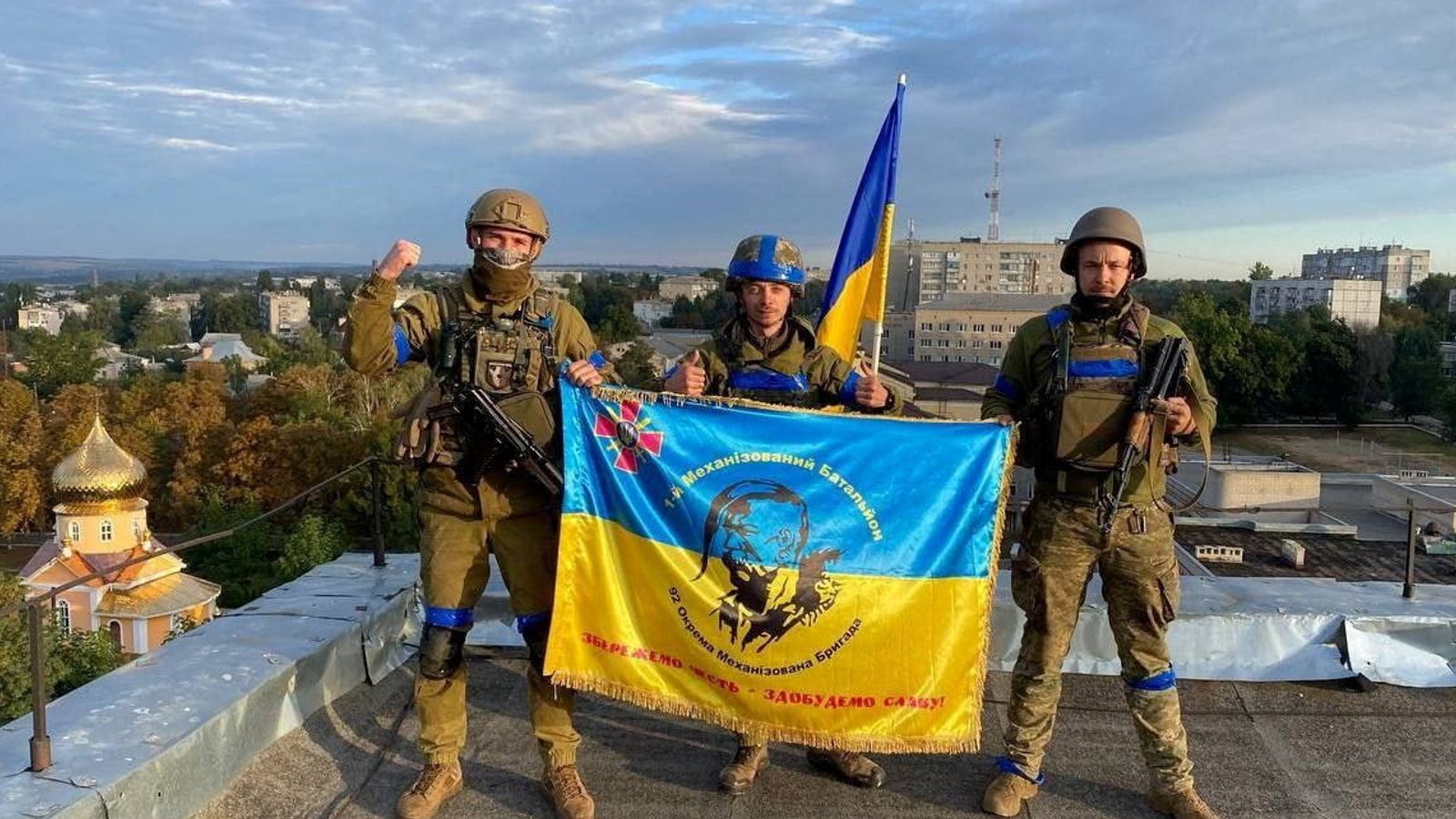 Ukrainian forces have retaken 6,000 square kilometres of their homeland – 3,000 of them in the past six days alone, it has been reported.

And in his nightly address to his nation, President Volodymyr Zelenskyy said the “advance of our forces” was still continuing.

His claims appear to be supported by renowned think tank, the Institute for the Study of War (ISW), a US-based group which provides research and analysis of defence and foreign affairs.

It said the Ukrainian counteroffensive in the Kharkiv region was “routing Russian forces and collapsing Russia’s northern Donbas axis”.

It went on: “Russian forces are not conducting a controlled withdrawal and are hurriedly fleeing southeastern Kharkiv Oblast (an administrative region) to escape encirclement around Izyum.”

A spokesman for Ukrainian military intelligence said Russian troops were surrendering en masse as “they understand the hopelessness of their situation” and an adviser to President Zelenskyy had said there were so many prisoners of war, the country was running out of space to accommodate them.

It is claimed Ukrainian military have freed more than 20 settlements in 24 hours.

In recent days, Kyiv’s forces have captured territory at least twice the size of greater London, according to the British Ministry of Defence.

“Since the beginning of September and up to today, our fighters have liberated more than 6,000 square km of the
territory of Ukraine in the south and in the east,” Zelenskyy said in his nightly video.

He said he was thankful for soldiers who were “advancing very bravely, very confidently” and who were “steadily moving forward despite everything – despite the features of the open terrain, despite the artillery of the occupiers.

“Guys, you are true heroes!” he added.

After months of little discernible movement on the battlefield, the momentum has lifted Ukrainian morale and provoked rare public criticism of Russian President Vladimir Putin’s war.

Russia has continuously stopped short of calling its invasion a war, instead describing it as a “special military operation”.

Across Ukraine, the mood was jubilant.

In Kharkiv, the second-largest city and the capital of the region where the gains have been made, authorities said power and water had been restored to about 80% of the region’s population following Russian attacks on infrastructure overnight that knocked out electricity in many places.

Ukraine’s forces are said to have pushed all the way back to the north-eastern border in some places, forcing the Russians to make a hasty retreat.

There were reports of chaos as Russian troops pulled out.

“The Russians were here in the morning. Then at noon, they suddenly started shouting wildly and began to run away, charging off in tanks and armoured vehicles,” Dmytro Hrushchenko, a resident of recently-liberated Zaliznychne, a small town near the eastern front line, told Sky News.

In one scene, a fighter wiped his boots on a Russian flag on the ground. Other videos showed Ukrainians inspecting the wreckage of Russian military vehicles, including tanks.

Ukrainian teams were disarming land mines and other unexploded weapons in the recaptured areas and searching for any remaining Russian troops, officials said.

However, defence experts have cautioned the battle in Ukraine has ebbed and flowed over recent months.